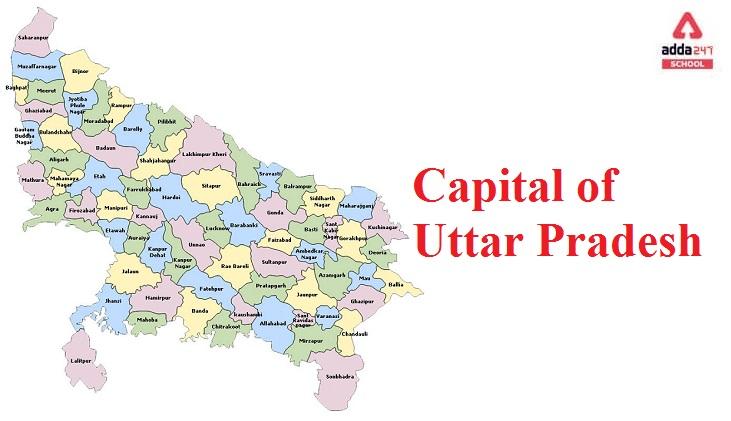 Lucknow is the capital city of the Uttar Pradesh state in India. It is the fourteenth most populous city with a total population of 3, 764, 619 as of 7th August 2021. Lucknow has always been known as the city of “Nawabs”. It is also the administrative headquarters of the state.

On the east, Lucknow (Capital of Uttar Pradesh) is bounded by Barabanki, on the west by Unnao, on the south by Raebareli, and towards the north by Sitapur and Hardoi. Lucknow sits on the northwestern shore of the Gomti River.

The capital of Uttar Pradesh, Lucknow, sits at 123 meters above sea level. The total area is 402 square km. The city resides in the state of Uttar Pradesh. Uttar Pradesh lies in the center with one country and more than 3 states covering it on all sides.

Do you know about the capital city of Australia?

Historically the capital of Uttar Pradesh, Lucknow was the capital of the Awadh region. In 1856, the British took over the control of the Mughals and started ruling. It became independent along with the rest of India. According to few locals, the city is named after “Lakshmana”, the hero of the Hindu epic “Ramayana” and brother of Lord Rama.

It is believed that Lakshmana had a palace there and so the city was named after Lakshmana. By the 11th century, it was known as “Lakhanapur”, and eventually it came to be known as “Lucknow”. Originally it was pronounced as lakhnau.

A lot of similar theories are connected to the naming of the city. Yet few others state that the city was named after the Hindu Goddess “Lakshmi”. Over time, the name changed to Laksmanauti, Laksmnaut, Lakhsnaut, Lakhsnau, and, finally, Lakhnau .

The city became popular due to the lavish living lifestyles of the rulers. The ancient rulers of Lucknow loved paintings, art, cultures. The palaces were majestic monuments. During their reign, the city came to be popular due to its art and culture.

Bada Imambada is famous for its maze called ‘Bhool Bhulaiyaa’ in Hindi. It is built of identical 2.5 feet wide passageways which are in Lucknow. The residency remains can still be spotted with the gunfire marks, which were engraved during the rebellion of the Mughals and the British. The city resides in a seismic zone.

What is the capital of Uttar Pradesh? Lucknow: Area and Population

The capital of Uttar Pradesh has a lot of historical places that should be visited once in a lifetime. We have stated a few of them below.

The city is known for its special dishes. Starting right from the street food to the main course, you can eat mouth-watering dishes in Lucknow. The chefs and royal chefs of Lucknow have lived up to the expectations of the people of India and abroad.

Tunday ke kababs (innovated by one hand chef), kormas, kaliya, Nahari, kulchas, zarda, sheermal, roomali rotis, Biryani, Chaat, Kulgi, and Paan are the most popular food you can have in Lucknow, the capital of Uttar Pradesh.

Capital of Uttar Pradesh: Rivers and farming in Lucknow

The capital of Uttar Pradesh, Lucknow has two main rivers in the city, namely the Gomti and the Sai. Lucknow sand supports farming. Wheat, rice, mentha, field pea, mustard, sugarcane are among the popular choices.

In fruits, the soil supports mango, guava, banana, and papaya. Brinjal, Potato, and Cabbage are the vegetables that can be sown.

The climate of the capital of Uttar Pradesh, Lucknow is quite favorable during the entire year. During the summers the maximum temperature is at 38 degrees to 40 degrees Celsius. During winters, it gets as low as 15 degrees Celsius. It is pleasant weather during the winters.

The sky remains cloudy and people love to warm themselves by enjoying bonfires. People gather across the streets and enjoy their morning tea beside the bonfire.

Jungle owlet and mottled wood owl can be seen in Lucknow. Other animals and birds do migrate to the city at different times of the year. You can also find elephants, tigers, lions, zebras, and giraffes across the city.

In Lucknow, you will find large architectural buildings like imamabaras, mosques, enclosed gardens, ancient palaces, baghs, and halls among others. Overall the city gives a strong vibe to the rulers and their culture.

Even though the city has modern-day buildings, the heritage is still alive and can easily be felt strolling in the streets of Lucknow.

Read About the capital of Karnataka

The embroidery of Lucknow, the capital of Uttar Pradesh, is world-famous. It is popularly known as the Chikankari. It has the essence of the intricacy and exquisite beauty of the culture engraved in the embroidery.

The design has changed over time but the main component has remained the same time. Once you visit Lucknow it is necessary to have an experience of embroidery by buying any piece of clothing.

Do you know the National Emblem of India?

The Capital of Uttar Pradesh Name is Lucknow.

The people of Lucknow are extremely helpful and kind. You can rely upon them for any kind of help you require. The people are the warmest and won’t leave their guests without offering a full-time meal.

Where is Lucknow situated?

Lucknow is situated in Uttar Pradesh, an Indian state. It is covered by two rivers, the Sai and the Gomti.

What is the total population of Lucknow in 2021?

Why is Lucknow famous?

Lucknow is famous for several reasons. It is mainly popular due to the embroidery known as chikankari.

How to reach Lucknow?

You can reach Lucknow by Air and Land. The city has an airport and through the land, you can either reach it by train, car, or bus. The Lucknow station is at a distance of 3.2 km from the city of Lucknow.

Is Lucknow interconnected to all the states of India by air and land transport?

Yes, Lucknow is interconnected to all the states of India by air and land transport.