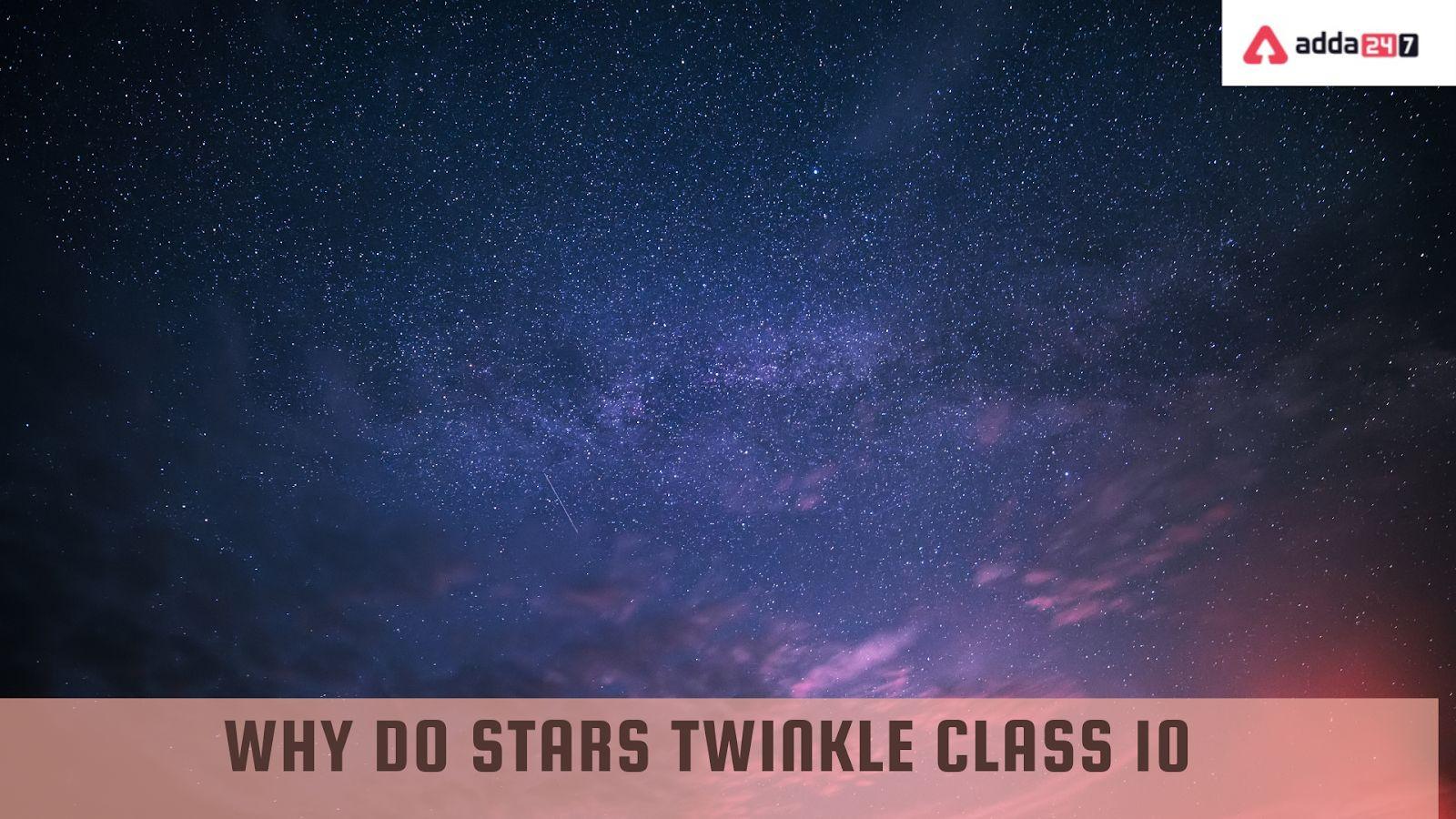 Why Do Stars Twinkle

Why do stars twinkle: The phenomenon of light bending as it travels through the atmosphere of the earth is known as atmospheric refraction.

Why Do Stars Twinkling

Due to their great distance from Earth, stars appear to be sparkling. They are visible as pinpoints that are easily disturbed by the Earth’s atmosphere, even when examined with the aid of a powerful telescope. In essence, light rays passing through various levels of the atmosphere and eventually arriving at the Earth’s surface is what causes stars to twinkle. Because to the refraction of light, this twinkle is present. Generally speaking, it has to do with temperature gradients. Any star’s light rays travel through the atmosphere, deviating and refracting via several levels, bending before your eyes. As we move closer to the surface, the density of the air in the atmosphere changes on a regular basis.

Each beam of light from a star that reaches the Earth’s atmosphere is refracted, resulting in a minor shift in direction because of the atmosphere’s varied layers of temperature and density. If the Earth didn’t have an atmosphere, you can imagine that light would travel in a zigzag pattern rather than a straight line to your eyes.

Explain the Phenomenon of Why Do Stars Twinkle

The stars’ twinkling is due to air refraction. In other words, because the air above us is not particularly dense and similar to a large ocean, light that travels through it is slightly bent. The star’s light would travel in a straight line if it were totally stationary, and its picture would appear steady. However, in actuality, the atmosphere is always shifting due to winds at all levels, differing densities bending light differently, and the atmosphere’s constant motion. As they get closer to our vision, this will cause the star’s light to move in a zigzag pattern, giving the impression that it is twinkling. In order for enormous objects to appear to blink briefly and sparkle, a slight increase in the apparent size of the disc makes it necessary to bend the incoming light much more dramatically away from you.

It doesn’t take much of an apparent disc to stop sparkling. Additionally, it depends on the situation that exists in the atmosphere above you at any given moment. There will be a lot of rolling in the atmosphere on clear evenings, making the stars appear to twinkle more. When the upper air is quiet on other nights, twinkle will not occur as it should. The overall effect is comparable to what you would see at the bottom of a pool in bright sunlight. The pool floor will have a lot of shifting light and dark patterns if the water’s surface is wavelike. The moving pattern will vanish if there is no disturbance, the water’s surface is smooth, and there is no wind.

Why Do Stars Twinkle Reason is Atmospheric Refraction

When the Earth deviates due to changes in air density and height, light rays and other electromagnetic waves that travel through the atmosphere are said to undergo atmospheric refraction. Along with deviating electromagnetic waves in different directions, atmospheric refraction also causes visible light rays that come from stars to diverge. When sound waves travel through the various atmospheric layers, they are refracted just like light waves. You can use atmospheric refraction to find celestial bodies and far-off things in the cosmos. This phenomena only causes distant celestial bodies or other sky objects to appear to be considerably higher in the sky than they actually are.

Why do Stars Twinkle and Planets not?

When starlight penetrates the atmosphere, it encounters gas molecules and disperses (reflection and interference). Stars are thought to have a point source of light, whereas planets are a collection of many point sources of light.

Due to the star’s distance from it, we can see a little beam of light emanating from it. Our eyes will reflect this light, which will then bounce back into them in a manner akin to a blinking. The process moves so quickly that it seems to be flashing. Planets are closer to us than stars and emit more light; even while some light beams are scattered away, others reach us. Thus, planets typically do not sparkle.

Why Do Stars Twinkle and Explain Why Planets do not Twinkle

If planets are seen low in the sky, they should sparkle. This is so because, compared to when you look overhead, you are looking through more atmospheres in the direction of any horizon.

Stars and planets will both shine consistently if you can view them from space since there won’t be any atmosphere to disrupt the steady stream of their light.

Can one distinguish between a star and a planet based on twinklers and non-twinklers? The observers who have the ability to recognise a planet for the first time would be noting its light’s consistency by comparing it to a nearby star.

Why Do Stars Twinkle- Facts

The refraction of light across many layers is what causes the light to twinkle. Due to the various densities of the many layers of light, they look to twinkle but do not truly do so. The light ray is refracted, or bent, numerous times as a result of differing densities and temperatures in various levels of our atmosphere, which causes the twinkling of light.

Why Do Stars Twinkle- FAQs

Question 1 Why does the atmosphere reflect light?

Ans. The phenomenon of light bending as it travels through the atmosphere of the earth is known as atmospheric refraction.

Ans. The change in optical density between the various layers of the earth’s atmosphere is the fundamental cause of atmospheric refraction.

Question 3 What causes an earlier sunrise and a later sunset?

Ans. Because of atmospheric refraction, sunrise and sunset are advanced and later, respectively.