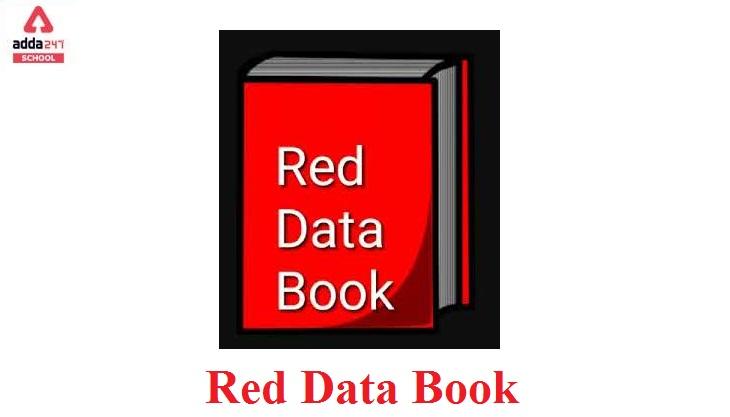 Red Data Book: The Red Data Book is a document kept by a state or country to record and document uncommon and endangered plant and animal species found inside its borders. The Red Data Book aids studies and research on endangered species and subspecies of animals by providing extensive information. Furthermore, it aids in the coordination and development of monitoring programmes for these endangered and rare species.

How is the Red Data Book useful to us?

The Red Data Book assists us in gathering comprehensive data for research, studies, and monitoring initiatives involving rare and endangered animals and their ecosystems.

It is extremely useful in developing effective procedures that could aid in the protection of a variety of endangered species.

The purpose of this book is to identify and protect species that are on the verge of extinction.

The first Red Data Book, which included animals, plants, and fungus, was based on substantial research undertaken by scientists in the Soviet Union between 1961 and 1964. Since 1964, the IUCN has maintained the Red Data Book, which uses a set of criteria to assess the risk of extinction of thousands of endangered species and subspecies all around the world. The collection of criteria has been designed to be applicable to all species and locations of the globe. It has earned a reputation as one of the most reliable sources of information on the present state of biological variation in the world at any given time.

The data in the Red Data Book is organised into colour-coded categories based on the level of jeopardy that a species has been discovered to be in. The particular meanings of the information’s colour coding are described below.

However, besides the centralised IUCN Red Data Book, individual states or nations maintain regional or national red data books that contain cumulative data on endangered species within their respective territorial limits. This is because of the below mentioned probable reasons:

The following categories for endangered species have been identified by the IUCN Red Data Book of India.

What is the purpose of a Red Data Book?

A Red Data Book is a document that keeps track of all of a country’s or state’s endangered animals, plants, and fungi.

What Is a Red Data Book and Why Is It Important?

A Red Data Book is essential for the protection of a state’s or country’s endangered species. It gives all pertinent information about rare plant and animal species in order to promote research and studies.

In India, who creates the Red Data Book?

What is the number of Critically Endangered species in the Red Data Book?

According to the Red Data Book of the International Union for Conservation of Nature (IUCN), India includes 132 Critically Endangered plant and animal species.

How many species have become extinct?

A total of 902 species have been identified as extinct around the world.