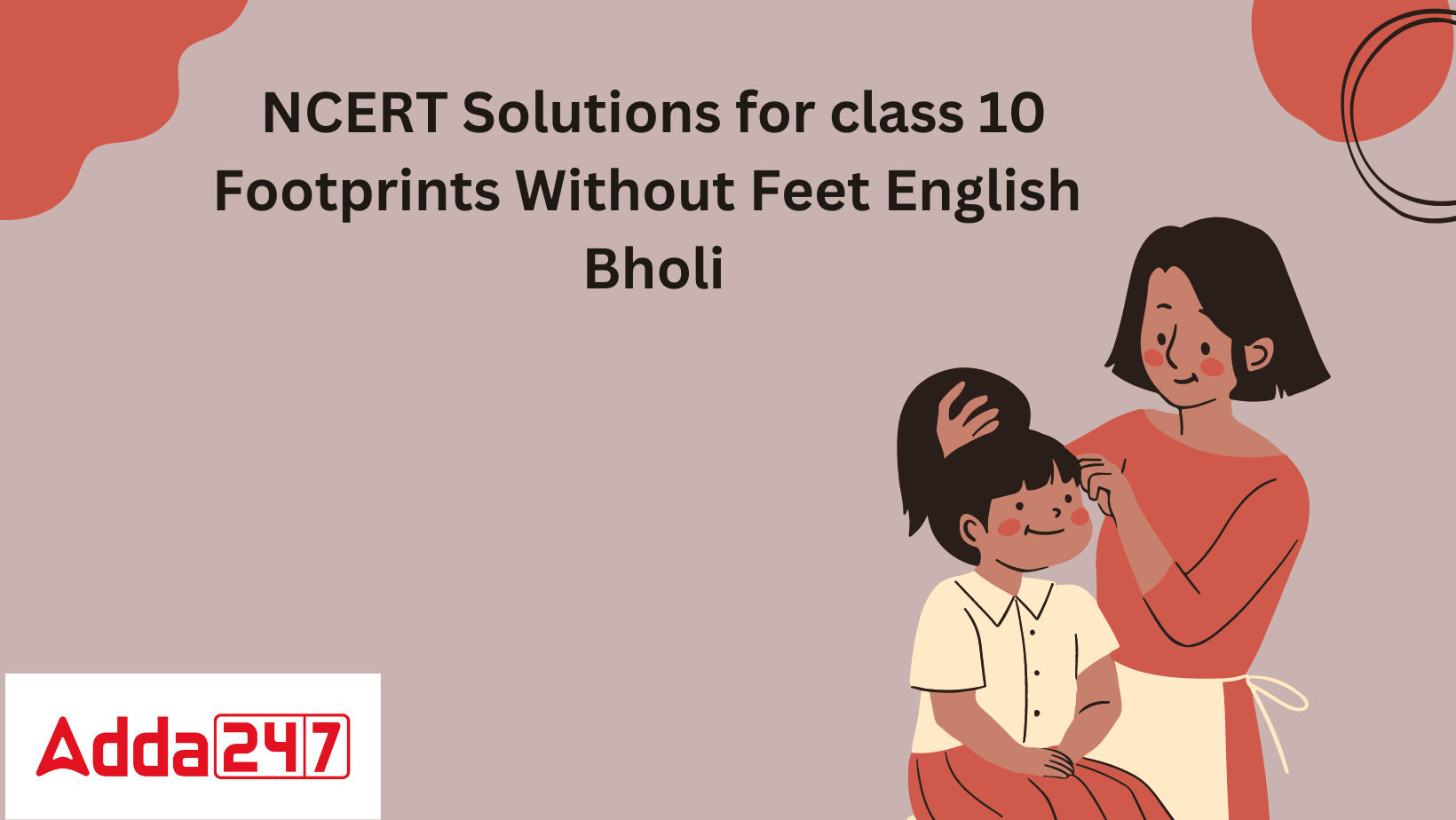 A piece by Khwaja Ahmad Abbas is called Bholi (K.A. Abbas). He was an Indian screenwriter, author, journalist, and director of motion pictures. He produced his works in English, Hindi, and Urdu. In this tale, a girl named Bholi suffered a brain injury after falling off of a crib. She continued to be a behind-the-times youngster because some part of her brain was injured. She had pock marks on her cheeks and stammered. Everyone ridiculed her. Her life, however, changed when she began attending school. She overcomes her stammering issue with the help of a generous teacher.

She also declined the offer to get married in exchange for a dowry. She declared that she would not wed a rapacious individual. Instead, she will look for her parents in their latter years and continue to teach at the institution where she gained so much knowledge.

Question 1. Why is Bholi’s father worried about her?

Answer: Bholi was unique compared to other kids. She was not intelligent or attractive. Bholi’s father was concerned about finding his daughter a suitable bridegroom.

Question 2. For what unusual reasons is Bholi sent to school?

Answer: Ramlal, Bholi’s father, was instructed to send his daughters to school by the tehsildar in order to set an example. The wife of Ramlal believed that sending girls to school would affect those possibilities for marriage. She did, however, say that Bholi could be sent to school because there are already fewer chances for her to find a husband given her unattractive appearance and lack of intelligence. Bholi was consequently sent to school.

Question 1. Does Bholi enjoy her first day at school?

Answer: Yes, Bholi had a good time on her first day of class. She was initially terrified. She was, nevertheless, thrilled to see so many females of her own age there. She thought she might become friends with one of the girls. She was also drawn to the numerous images on the classroom wall.

Question 2. Does she find her teacher different from the people at home?

Answer: She agrees that her teacher is very different from the individuals she is accustomed to. She is never spoken to politely at home, yet her teacher spoke to her in a way that was calming.

She was ridiculed at home for her stutter, but her teacher praised her for speaking confidently rather than making fun of her. This moved her deeply.

Answer: Bholi’s parents agreed to Bishamber’s marriage proposal because they believed Bholi might never receive another one and might end up single for the rest of her life. Being a wealthy grocer, Bishamber had not requested dowry either.

Question 2. Why does the marriage not take place?

Answer: When Bishamber noticed the pockmarks on Bholi’s face, he made Ramlal pay him 5,000 rupees. Bholi declined to wed him because of the dowry demand.

Question 1. Bholi had many apprehensions about going to school. What made her feel that she was going to a better place than her home?

Answer: Bholi was quite nervous about starting school. She had seen the sale of their ageing cow, Lakshmi.

Bholi thought she was leaving for a better place than her home when she was given clean clothing to wear, showered, and had her hair oiled.

Question 2. How did Bholi’s teacher play an important role in changing the course of her life?

Answer: Unlike other people, Bholi’s teacher did not make fun of her stuttering. She urged her to speak up without holding back. She was courteous to Bholi, unlike other people. She had a significant impact on how her life turned out, transforming her into a self-assured individual with excellent reading, writing, and speaking skills.

Question 3. Why did Bholi at first agree to an unequal match? Why did she later reject the marriage? What does this tell us about her?

Answer: Bholi first consented to an unfavourable match when she overheard her parents discussing the marriage proposal. They were worried about her marriage and believed that since the man had not even requested a dowry, this was the best proposal Bholi could receive.

When the bridegroom noticed Bholi’s pockmarks on the wedding day, he requested a dowry of 5,000 rupees. For the dowry, he insulted her father. She turned down the marriage because of this.

This demonstrates Bholi’s self-respect and assurance. She refused to accept a dowry from her father for her wedding. She had the independence to make a brave and intelligent choice.

Question 4. Bholi’s real name is Sulekha. We are told this right at the beginning. But only in the last but one paragraph of the story is Bholi called Sulekha again. Why do you think she is called Sulekha at that point in the story?

Answer: Bholi is Hindi for a simpleton. She never expresses an opinion. She complies with instructions. She even consents to an unfavourable match for her parents. She declines to get married, however, when she witnesses her father pleading and being humiliated toward the story’s conclusion. At that point in the novel, she is referred to as Sulekha since she is a mature, intellectual girl who can make her own decisions. She respects her rights and does not allow anyone to make fun of her family.

Que. What are the benefits of using NCERT Solutions for Class 10 Footprints Without Feet Adda247?