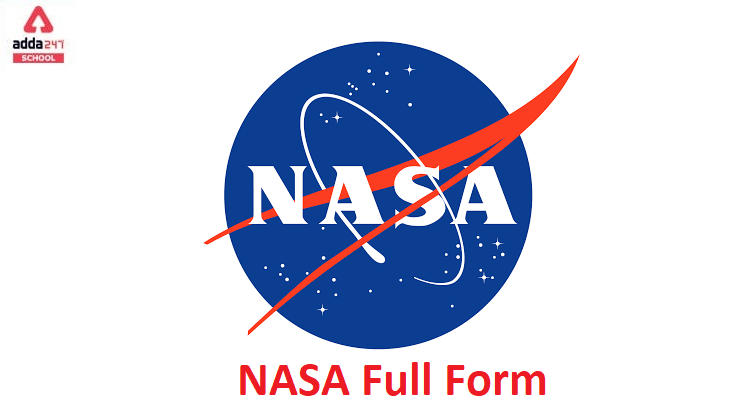 NASA stands for National Aeronautics and Space Administration. It is an independent federal agency in the United States. The civilian space programme, as well as aeronautics and space research, are all overseen by NASA.
NASA has been in charge of most US space exploration operations since its inception. NASA has overseen all US space exploration activities, including the Apollo Moon landing missions, the Skylab space station, and later the Space Shuttle. The Orion spacecraft, the Space Launch System, Commercial Crew vehicles, and the projected Lunar Gateway space station are all under NASA’s supervision. The Launch Services Program, which oversees launch operations, is also under the agency’s control. It is also in charge of NASA’s uncrewed launch countdown management.

Most people have this common doubt that why unlike most of the abbreviations that are pronounced with the letter-by-letter format, NASA is pronounced as “Na-Suh”?
They’re sometimes confused, but an acronym may be read as a single word, whereas an initialism must be read by sounding out each letter individually.
Also, use the sounds of the letters to say FBI or FDA out loud. It sounds like a newborn attempting to communicate, and it would be difficult to take it seriously or integrate it into everyday conversations. NASA, on the other hand, sounds like a real thing, a legitimate word.

NASA’s headquarters, officially known as Mary W. Jackson, is located in Washington, D.C. NASA Headquarters, sometimes known as NASA HQ, is a low-rise office building in the Independence Square complex at 300 E Street SW in Washington, D.C. It was formerly known as Two Independence Square. Under the leadership of the NASA administrator, the facility houses NASA leadership who offer general advice and direction to the US government executive branch agency NASA. The day-to-day activity is carried out by ten field centres and a variety of installations across the country.
Aeronautics, Exploration Systems, Science, and Space Operations are the four mission directorates that makeup NASA Headquarters.
The James E. Webb Memorial Auditorium, which is named after NASA’s second administrator, conducts agency news conferences and NASA Social events. The facility also houses a lending library, the history office, archives, NASA TV production facilities, and a NASA gift shop.
Kohn Pedersen Fox designed the skyscraper, which opened in 1992, with George How as the senior designer. It is currently owned by Hana Asset Management of South Korea and leased to NASA until 2028.
On June 12, 2019, the street in front of the building was renamed Hidden Figures Way in honour of Katherine Johnson, Dorothy Vaughan, and Mary Jackson, three of NASA’s black female mathematicians who were featured in the 2016 film Hidden Figures. NASA Administrator Jim Bridenstine announced on June 24, 2020, that the agency’s headquarters in Washington, D.C. had been renamed Mary W. Jackson NASA Headquarters, in honour of NASA’s first black woman engineer, Mary W. Jackson. The building was formally renamed on February 26, 2021, at a ceremony.

In India, The National Association of Students of Architecture (NASA, India) NGO is the largest architectural student body in the world with over 500 dues-paying colleges with participation from other student bodies and colleges in India and across the globe. NASA, India is an autonomous, non-profitable, non-political, non-religious, and democratic body for the undergraduate students of Architecture in India.

NASA syndrome Not a surgical abdomen Surgery A popular term for an acute abdomen examined by a surgeon, and deemed not to require surgical intervention and is thus ‘punted back’ to the nonsurgical attending physician for a diagnostic workup

What is the full form of NASA and ISRO?

The Indian Space Research Organisation (ISRO) is the full form of ISRO, NASA stands for National Aeronautics and Space Administration.

In India, where is ISRO located?

What is NASA’s primary mission?

NASA is a United States federal agency in charge of air and space science and technology.

What exactly is the full-form of GIRL??

GIRL is an acronym for Graph Information Retrieval Language.

What does ISRO stand for in full?

What is the complete name of NASA and ISRO?

The Indian Space Research Organisation (ISRO) is the full form of ISRO, NASA stands for National Aeronautics and Space Administration.

In India, where is ISRO located?

What is NASA's primary mission?

NASA is a United States federal agency in charge of air and space science and technology.

What exactly is the full-form of GIRL?

GIRL is an acronym for Graph Information Retrieval Language.

What does ISRO stand for in full?