Skip to content
Online Tution   »   Important Question   »   What is Hardness 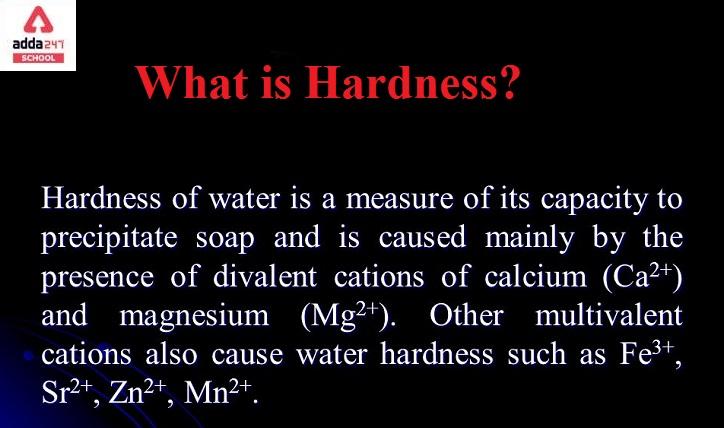 What is hardness? The answer is here. The hardness of a component’s surface has a significant impact on its tribological performance. The hardness of the surface material, as well as the related compressive strength, must be above a threshold value for components with non-conformal contacts, such as rolling bearings and gears. For components with conformal contacts, such as plain bearings, a hardness differential between the two sides of the contact is required, normally with a hardness ratio of 3:1 and ideally with a hardness ratio of 5:1. To avoid any incipient indentation at the contact’s edge, the component with the surface that extends outside the close contact area must be the harder of the two.

Hardness varies by the material; for example, hard metals like titanium and beryllium are harder than soft metals like sodium and metallic tin, as well as wood and ordinary polymers. Strong intermolecular connections describe macroscopic hardness, but the behaviour of solid materials under stress is complex, hence scratch hardness, indentation hardness, and rebound hardness are all different metrics of hardness.

Read About: What is Rain Water Harvesting?

Scratch, indentation, and rebound are the three basic types of hardness tests. Individual measurement scales exist within each of these measurement classes. Conversion tables are used to convert from one scale to another for practical purposes.

The resistance of a sample to material deformation caused by a steady compressive load from a sharp item is measured by indentation hardness. Indentation hardness tests are generally utilised in the industries of engineering and metallurgy. The tests are based on measuring the critical dimensions of an indentation created by a specially dimensioned and loaded indenter.

The height of the “bounce” of a diamond-tipped hammer dropped from a fixed height into a material is measured by rebound hardness, also known as dynamic hardness. Elasticity is linked to this type of hardness. A scleroscope is the apparatus used to take this measurement.

What is the Hardness?

Hardness is a phrase that is commonly used to describe water. In terms of chemistry, it is the sum of all polyvalent cations. In practice, the sum of calcium and magnesium ions is the most common cation in natural waters. Hard water necessitates the use of additional soap and synthetic detergent in the laundry and adds to the boiler and industrial equipment scaling.

What is the concept of a material’s hardness?

Hardness is a material’s resistance to localized plastic deformation.

What is the meaning of the term “hardness”?

The hardness of a material is a measure of how well it resists changes in shape.

In chemistry, what is the definition of hardness?

The resistance of a material to deformation of an indenter of a certain size and shape under a known stress is referred to as hardness.

What are the different types of hardness?

The concentrations of calcium and magnesium ions reported in terms of calcium carbonate are used to describe hardness. Water hardness is divided into two categories: temporary and permanent.

What is the SI hardness unit?

N/mm2 is the SI unit of hardness.