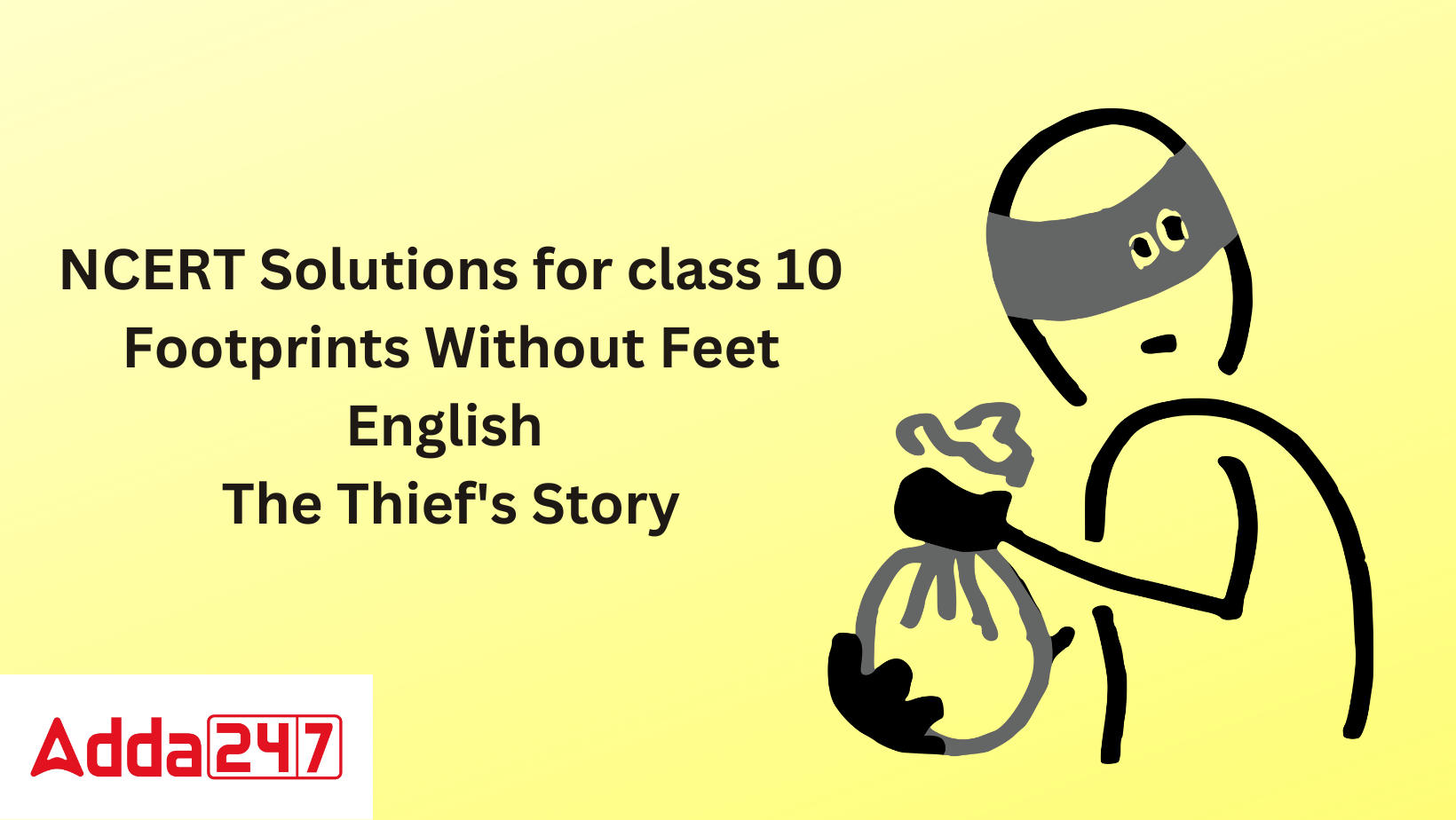 The Thief’s Story by Ruskin Bond is much more than just a tale of a thief. The narrative focuses on fundamental human relationships and values. A robber will find it simpler to burgle a man who is greedy. Even a robber finds it challenging to burglarize a careless and trustworthy person. Anil makes friends with a small boy. He is employed by Anil and has full faith in him. Does the young man betray his trust? One of the thieves in the tale is fifteen years old. To avoid the police and his former employers, he used to alter his name once a month. He referred to himself as Hari Singh this time. Anil, the other character in the narrative, is a 25-year-old author. One day, the thief runs into Anil and asks if he can work for him. The story discloses how the thief deceives Anil by committing theft but withdraws later on.

Question 1: Who does ‘I’ refer to in this story?

Answer: The narrator of the story, Hari Singh, who was a fifteen-year-old thief, is referred to as “I” in the story.

Question 2: What is he “a fairly successful hand” at?

Answer: He has “somewhat successful hands” when it comes to stealing from and robbing people. He meant by this that he was a skilled and quick thief who had experience robbing people without being noticed.

Question 3: What does he get from Anil in return for his work?

Answer: Anil made it obvious to Hari that he could not get paid for the service when Hari asked him to do it. He so requested Hari to prepare dinner so that he could stay with him and be fed. However, when he learned that the youngster lacked cooking skills, he taught him both those skills as well as how to write his name. Additionally, Anil offered to instruct him in number calculation and language construction. Additionally, Hari received funding from Anil to purchase the necessary supplies, with the latter earning a rupee profit each day.

Question 1: How does the thief think Anil will react to the theft?

Question 2: What does he say about the different reactions of people when they are robbed?

Question 3: Does Anil realise that he has been robbed?

Answer: Yes, Anil became aware that Hari had defrauded him. He most likely learned about it via the moist notes from the previous night’s rain. He remained silent, though, and handed Hari a fifty rupee note while promising to make regular payments.

Question 1: What are Hari Singh’s reactions to the prospect of receiving an education? Do they change over time? (Hint: Compare, for example, the thought: “I knew that once I could write like an educated man there would be no limit to what I could achieve” with these later thoughts: “Whole sentences, I knew, could one day bring me more than a few hundred rupees. It was a simple matter to steal — and sometimes just as simple to be caught. But to be a really big man, a clever and respected man, was something else.”) What makes him return to Anil?

Answer: Anil had taught Hari how to write his name, and he was appreciative of that. He was happy to hear that Anil would instruct him in writing complete sentences as well. He realised that having a good education would enhance his skills and enable him rise to a high position in society. But after robbing Anil of some cash, he realises that learning is a more rewarding experience, that stealing is wrong, and that he would soon be apprehended. He imagines the respect, reputation, and opportunities he will be able to obtain through education. As a result, he feels bad for defrauding a nobleman who fed and housed him. His desire to further his education also drives him to return Anil’s house.

Question 2: Why does not Anil hand the thief over to the police? Do you think most people would have done so? In what ways is Anil different from such employers?

Answer: Unlike several other people, Anil did not report Hari as a theft suspect to the police. He knew exactly what had happened with the stolen wet notes, yet he didn’t beat him up or even bring it up in front of Hari. He was relieved that Hari had realised his error and recognised the value of education.

People like Anil are hard to find in the modern world. The majority of people wouldn’t respond the same way he did. He wanted Hari to become an educated man and live a decent life, therefore he was very patient and considerate of him.

Anil stood out from other employers of this type because of his compassionate and understanding nature. He had hope that Hari would want to change his ways and mature into a respectable and educated adult when he came back with the money.

Question 1: Do you think people like Anil and Hari Singh are found only in fiction, or are there such people in real life?

Answer: People like Anil and Hari Singh are uncommon in the real world and are usually found in fiction. There might be an exception, though, and we might run into someone like Anil. According to the narrative, Anil is a kind and considerate man who cares a great deal about Hari’s education and future. Hari’s conscience stabbed him when he took Anil’s money, which caused him to change his mind and realise the value of education for his future. As a result, it is uncommon to see such fictional people in today’s reality.

Question 2: Do you think it a significant detail in the story that Anil is a struggling writer? Does this explain his behaviour in any way?

Answer: Yes, it is clear from a key point in the narrative that Anil was a struggling author. He had a straightforward life with sporadic income, always spending within his means. He occasionally earned money. He would lend one week and borrow the following. While he continued to stress about his upcoming check, he would go out and rejoice with his pals as soon as it did. Hari noted that Anil didn’t have a steady source of income, therefore he couldn’t pay him a wage. Although Anil made less money than him, Hari believed that he never treated him unfairly and was actually quite considerate of him.

Question 3: Have you met anyone like Hari Singh? Can you think and imagine the circumstances that can turn a fifteen-year-old boy into a thief?

Answer: No, I haven’t encountered anyone like Hari Singh, but there are others out there like him. A fifteen-year-old youngster may be forced to become a robber on numerous occasions due to inescapable circumstances. Most often, criminal behaviour is motivated by a desire to feed oneself or one’s family, or occasionally by an addiction or urge. Additionally, it might be to meet their needs for a lavish lifestyle or to support themselves, and so on.

Question 4: Where is the story set? (You can get clues from the names of the persons and places mentioned in it.) Which language or languages are spoken in these places? Do you think the characters in the story spoke to each other in English?

Answer: Somewhere in Uttar Pradesh, close to Lucknow, is where the story is set. When the story describes a railroad stop for an express train to Lucknow, we can infer this. It is also clear that it is a tiny and uncomplicated town from the existence of sweet stores, mandis, and bazaars. We can assume that the story’s characters were not conversing with one another in English but rather in Hindi.

How do the NCERT Solutions for Class 10 Footprints Without Feet  help you to score efficiently?