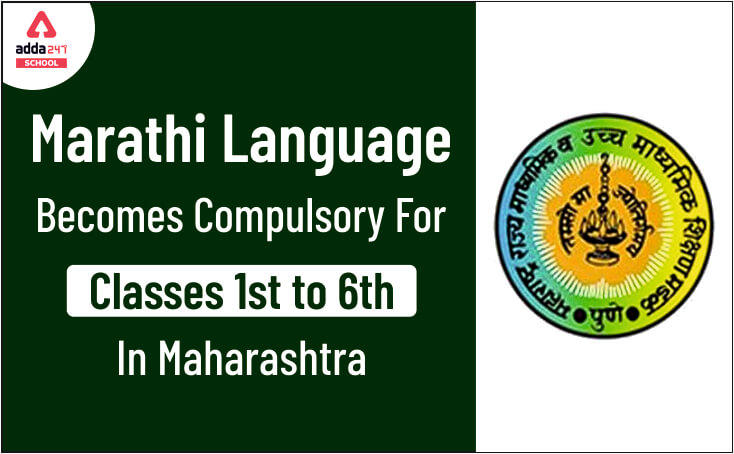 While the coronavirus induced nationwide lockdown has brought all types of educational activities across the country to a standstill, there has been a significant development in the primary education system in Maharashtra.

A major change has been introduced by the Maharashtra Government In The Primary Education System in the state. As per the latest reports, from the new academic year, i.e. 2020-21, Marathi language will be a compulsory subject for students of classes 1st to 6th. This rule will be applicable to all Marathi, Hindi, and English medium schools present in the state.

Mr. Subhash Desai, Minister for Marathi Language, Maharashtra, and Ms. Varsha Gaikwad, School Education Minister, Maharashtra recently reviewed a meeting wherein they checked on the progress of the decision to make Marathi a compulsory subject in all the primary schools in the state. The meeting was conducted via video conferencing in which all the senior officials of Maharashtra’s Education Department participated. Other noted members who attended this meeting include the chairman of Marathi Commission, Bal Bharti, as well as the officials from the Marathi language department.

Marathi Compulsory In Maharashtra: Decision To Be Effective From The New Academic Session

Marathi Compulsory In Maharashtra: New Rule To Be Implemented Strictly

A new notification regarding making Marathi a compulsory subject for students from class 1st to class 6th will soon be issued by the school education department. Once this notification is issued, thereafter Marathi will become a compulsory subject for the primary school students. The rule has already been passed in both the houses of the state legislature during the previous budget session.

In order to implement this new rule, a meeting of the necessary officials will be convened as well as a new task force will be set-up for preparing the entire framework for implementation of this new rule. So, that when the new academic session commences, students and schools are fully prepared to implement this new rule. As the state government has planned the decision thoroughly and all the legal formalities have been complied with, it is expected that there will not be too many problems with the implementation of the decision.