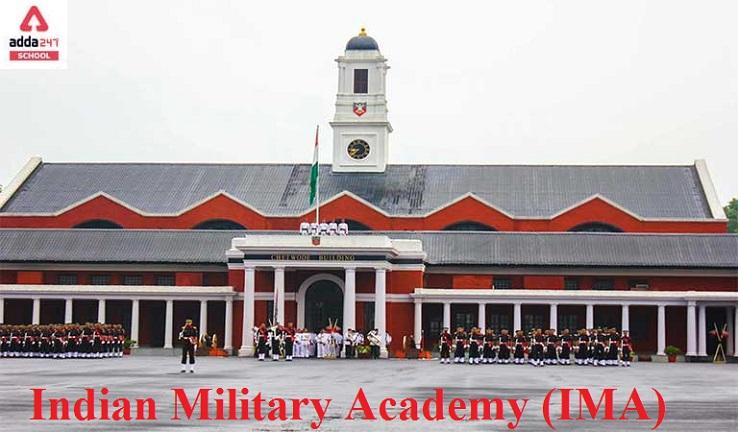 IMA Full Form: IMA has two full forms. The first one is the Indian Military Academy and the other is Indian Medical Association. Let’s have a look at the former.

The full form of IMA is the “Indian Military Academy”. It is an academy where all the aspiring army officers are trained. At present on 29th July 2021, Lieutenant General Harinder Singh is the 50th Commandant of IMA. The motto of IMA is “Veerta Aur Vivek” or “Valor and Wisdom”.

There are three basic ways through which you can become eligible for admission to the prestigious Indian Military Academy.

Interested students can appear for the given exams and become eligible for admission to IMA.

Have a look at the full form of MBBS.

If you wish to join IMA in the future, check the eligibility criteria that must be met before you apply for the same.

The history of IMA is quite fascinating. Below we have tried to sum up a few points.

Read About: IT Full Form

Passing out parade is one of the notable traditions in IMA. IMA has adopted a song which is written by Javed Akhtar (“Bharat Mata Teri Kasam, tere rakshak rahenge hum”). In this, the band plays an aarti and the other cadets pray to their respective gods according to their religions.

It is the community that takes care of the needs and interests of the physicians in a community. The present(27th July 2021) national president of IMA is Dr. J.A. Jayalal. The Association was started in 1928. The headquarters are present in New Delhi and the journal office is in Kolkata.

Also Read: Full form of AM and PM

The history of IMA is stated below.

If any physician wants to join IMA, they must qualify for the following.

How can I get admission to IMA?

You can get admission to IMA in three ways.

What is the fee of the Indian Military Academy?

Rs 9488 are the fees per week for the Indian Military Academy.

Is Mobile allowed in the Indian Military Academy?

Mobile is allowed to be used only during the free periods. If anyone is found to be using mobile phones during a training session, serious actions will be taken against the candidate.

Do IMA cadets get a salary?

What is the salary of a lieutenant?

Rs 56, 100 is the salary of lieutenants without allowances.