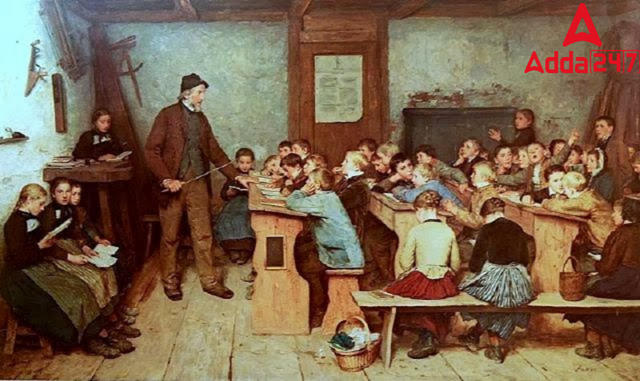 The Last Lesson: About the author

The Last Lesson is written by French novelist Alphonse Daudet, who is well known for his short tales and novels that simply portray realism, human sentiments, and humor. One of his most well-known stories, “The Last Lesson,” is about national pride, the value of education, and how for certain people, receiving an education is a privilege. The moral of the story is to never take your education for granted. The Last Lesson is a potent tale with a modern perspective that is woven into a straightforward narrative.

In 1870, the Last Lesson by Alphonse Daudet describes the Prussian invasion of France. Prussian forces captured France, and Lorraine and Alsace were annexed. The order was given for French teachers to leave these two regions. Despite this, M. Hamel’s last lesson was full of devotion and sincerity. The author describes one student’s fear of M. Hamel. The student anticipated punishment when he first arrived at school. However, he discovered that this would be his last lesson. Because he was unable to learn his language, the student realized its importance. This lesson shows us how people feel when they do not learn.

Franz, the narrator of this story, is a French boy who is both lazy and active. Despite being lazy, Franz likes to play and has a sensitive nature. Furthermore, because he hates his French teacher, M. Hamel, in addition to hating school, Franz does not want to study French. When Alsace and Lorraine were annexed by Germany, it was ordered that German would be taught in the schools rather than French. The village men, who attended his ‘last lesson’, went to the school to honor and respect him. He has been working there for 40 years, in addition to being full of nostalgia and remorse. They regret that they didn’t learn their mother tongue as children.

Franz is very upset to learn that his final French class will be his last one. Since he does not know French, he is shocked. Furthermore, on the last day of class, he is interested in learning French. Moreover, he pays close attention and learns everything that is taught. He immediately develops an interest in M. Hamel’s teaching. He no longer dislikes him. Furthermore, he develops respect for his teacher’s hard work and honesty. Franz is sad and ashamed that he cannot recite his lesson. He also blames himself for his lack of sincerity in teaching them.

His admiration of the French language is a reflection of his patriotism. According to him, the French language is the world’s most elegant and logical tongue. It appears that M. Hamel became upset in this situation. He also cautions the students to watch their words. He claims that staying connected to one’s language is a means of escaping servitude. They will be able to defeat the Germans with the use of this language. The population understands the value of their mother tongue. Additionally, they believe that illiteracy is to blame for their failure.

Franz believes that a person’s language cannot be taken away from them. This is the case since it comes naturally to a person. It follows that no matter how hard the opposition may try, they will fail to remove one’s language.

Here is the list of hard words given with their meanings:

THINK AS YOU READ

Q1. What was Franz expected to be prepared with for school that day?

Ans:  That day Franz was expected to be prepared with participles because M. Hamel had said that he would question them on participles. Franz did not know anything about participles.

Q2. What did Franz notice that was unusual about the school that day?

Ans: Usually, when school began, there was a great bustle, which could be heard out in the street. But it was all very still that day. Everything was as quiet as Sunday morning. There was no opening or closing of desks. His classmates were already in their places. The teacher’s great ruler instead of rapping on the table was under M. Hamel’s arm.

Q3. What had been put up on the bulletin board?

THINK AS YOU READ

Q1. What changes did the order from Berlin cause in school that day?

Ans: M. Hamel had put on his best dress—his beautiful green coat, his frilled shirt, and the little black silk cap, all embroidered. The whole school seemed so strange and solemn. On the back benches that were always empty, the elderly village people were sitting quietly like the kids.

Q2. How did Franz’s feelings about M. Hamel and school change?

Ans: Franz came to know that it was the last lesson in French that M. Hamel would give them. From the next day, they will be taught only German. Then he felt sorry for not learning his lessons properly. His books, which seemed a nuisance and a burden earlier were now old friends. His feelings about M. Hamel also changed. He forgot all about his ruler and how cranky he was.

Q1. The people? in this story suddenly realise how1 precious their language is to them. What shows you this? Why does this happen?

Ans: M. Hamel told the students and villagers that henceforth only German would be taught in the schools of Alsace and Lorraine. Those who called themselves Frenchmen would neither be able to speak nor write it. He praised French as the most beautiful, clearest, and most logical language in the world. He said that for the enslaved people, their language was the key to their prison. Then the people realised how precious their language was to them. This shows people’s love for their own culture, traditions and country. Pride in one’s language reflects pride in the motherland.

Q2. Franz thinks, “Will they make them sing in German, even the pigeons What could this mean? (There could be more than one answer.)

Ans: This comment of Franz shows a Frenchman’s typical reaction to the imposition of learning German, the language of the conquerors. Being deprived of learning the mother tongue would mean cutting off all bonds with the motherland. Teaching the pigeons to sing in German indicates how far the Germans would go in their attempts at linguistic chauvinism.

TALKING ABOUT THE TEXT

Q1. “When a people are enslaved, as long as they hold fast to their language it is as if they had the key to their prison.”

Can you think of examples in history where conquered people had their language taken away from them or had a language imposed on them?

Ans: Mother tongue helps a person to express his feelings and thoughts most lucidly and intimately. Conquerors try to subdue and control the people of the enslaved territory by enforcing many measures such as the use of force to crush dissent and imposing their own language on them.

Q2. What happens to a linguistic minority in a state? How do you think they can keep their language alive? For example:

Ans. The linguistic minority in any state is easily marked and faces the same discrimination as the religious, social or ethnic minorities. There is, however, a pronounced difference in the treatment meted out and the level of acceptance displayed by the majority community in that region/city. Some cities like Delhi, and Mumbai are cosmopolitan in outlook.

The linguistic minority tries to preserve its identity through intimate contact, interaction, and preservation of its language in social get-togethers, family functions, and festivals in its own region. Adherence to social customs and traditions in family gatherings/group meetings of women also promotes unity between members of the linguistic minority.

Q1. Why do you think was little Franz afraid of being scolded?

Ans: Franz was afraid of being scolded that day especially because M. Hamel, the teacher, had said that he would question them on participles. Franz frankly admits that he was totally ignorant about the topic. His exact words are: “I did not know the first word about them.” Secondly, he had started school very late that morning.

Ans: Franz found that it was a very warm and bright day. The birds were chirping at the edge of the woods. The Prussian soldiers were drilling in the open field at the back of sawmill. He could gladly spend life out of doors. However, he had the strength to resist temptation. Finally, he hurried off to school.

Q3. “What can be the matter now?” says Franz. Why, do you think, did he make this comment?

Ans: There was a bulletin board near the town hall. When Franz passed by it, he noticed a crowd there. He did not stop to look at it. He wondered what could be the matter then. For the last two years, they had received all the bad news from the bulletin board—the lost battle, conscription, and the orders of the commanding officer.

Q4. Who was Wachter? What did he ask Franz and why? How did Franz react?

Q5. What was the usual scene when Franz’s school began in the morning?

Ans: Usually, when school began, there was a great bustle. The noise could be heard out in the school. Students opened and closed their desks. They repeated the lessons together very loudly. They kept their hands over their ears to understand better. The teacher would go on rapping the table with his great iron ruler.

Let’s connect via chat or call our senior expert counselor at +91-9625869989 to learn more about the different streams and options available.  We would love it if we could add some of your insights. If you have a definite goal of scoring the highest marks, then you can resolve your doubts via our app/quizzes and youtube class  assistance (https://www.youtube.com/c/Adda247School)