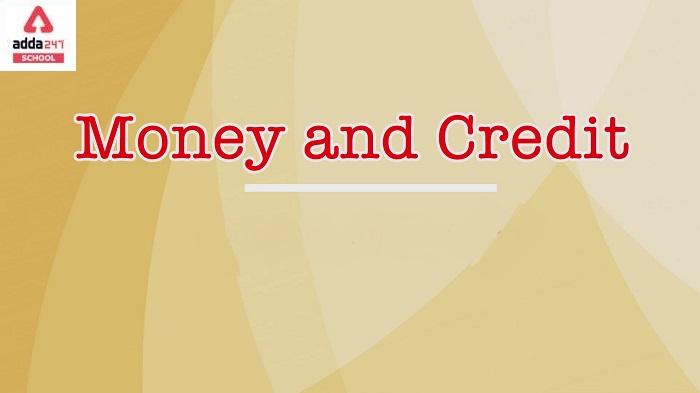 Money is a medium of exchange which helps the users to enter into transactions to buy goods and services from any business that exists in the market. Money, in particular, means the Currency we use in our everyday lives. It can be in the form of paper like currency notes and coins, like the one rupee coins and so on. In ancient times, gold coins and silver coins were used as Money, some also used food grains and livestock as Money. In the modern-day, we use currency notes and coins primarily as Money. Money is not limited to currency only, it also includes a variety of other things. A Fixed Deposit held in the Bank and any Post Office can also be termed Money. Even a cheque can be called Money as it is an instrument that directs the Bank to pay a certain sum to the person whose name has been mentioned on it.

Credit can be normally referred to as Loans or Borrowings. When goods are sold to one person, and it has been agreed between the parties that payment shall be made on a later date, then such goods are said to be supplied on Credit. If someone gives a loan to another person and charges a fixed rate of interest for it, then such an amount is also said to be Credit.

To put it in simple terms, when a Bank or Lender gives a certain amount of money, and the person who receives it agrees to pay it along with interest, then such an amount is referred to as Credit. It is a common business practice to sell goods on credit, and also the main function of Banks is to provide Loans (which is also called Credit).

Money has a wide variety of Functions. Below are some of the functions of Money:

Some examples of Modern Day Money are given here :

Formal Sector Loans: These can be availed from Banks and cooperative Societies. The Formal Sources of loans are governed by the Reserve Bank of India. Information has to be sent to RBI like the amount of loan, rate of interest and so on.

Informal Sector: Loans are given by Moneylenders, relatives, friends, and employers. These people can use unfair means and unethical practices to get their money back in case not paid.

Q. What is called Collateral?

Collateral is something which Banks may ask to provide as a security for the loans. In case of the person defaults, Banks have the right to sell the Collateral and recover the Money.

Money can be used as a medium to purchase goods and services. Money comes from Currency Notes, Coins, Deposits with Banks, etc.

Q. What are Self-Help Groups?

Self Help groups consist of a group of 15-20 persons who may be friends, relatives or neighbours. They save Money together, and if any one of them needs money, he/she can take it from there.

Q. What are the advantages of Self Help Groups?

Self Help Groups have many advantages. A list of some of the advantages is: Helps in reducing the burden of Collateral Security, Loans can be availed by people at a lesser rate of Intrest, and Women can become financially self-reliant, It is helpful in the Rural areas, especially which helps to develop the overall rural environment.