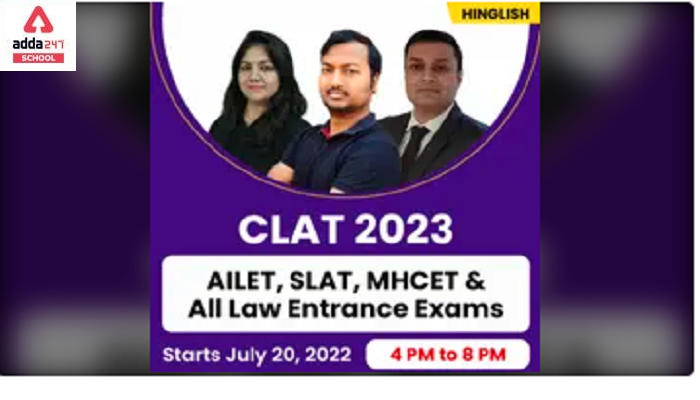 Law courses after 12th in India

Law Courses after 12th: The Class 12 Examinations results of almost all the boards have been released or will be released shortly. As the results have been released or will be released shortly, students will be wondering “What to do after Class 12?”.The stream you choose in  Class 11/12 plays a big role in determining which course to do in future. Students in the commerce field may opt to go for a Bachelor of Commerce, a three-year undergraduate programme or for competitive exams such as Chartered Accountancy, Company Secretary, etc. Students who had opted for the Science stream may appear for JEE or go for NEET. Students who opted for Arts can go for Civil Service Examinations or appear for CLAT to pursue LLB, etc.

In this article, we will be discussing the law as a Career after Class 12?. In this section, we will be giving you an overview of Law as a course after Class 12. The profession of Lawyer is one of the most renowned professions in the country. The legal system and framework play an important role in the development of any country. Lawyers hence are always in demand to fight a suit. Law is itself a very vast topic. The law covers Criminal Law, Civil Law, Corporate Law, Labor Law and many more. By studying Law you will have a deep understanding of the legislature, the constitution, why certain laws and enactments were made and how they are applied to our daily lives.

As we discussed in the earlier section, Law in itself is a  vast topic, there are various branches of law. Let us know about some of them:

Now as we have understood about Law and various branches of law, let us have a look at the courses available after Class 12. The most common practice is to appear for CLAT or Common Law Admission Test, which is the entrance exam for admission into various Law Universities across the country. With the help of the table below you will be able to understand better :

The duration of all the above courses is 1 year to 5 years depending on the course.

Yes, the demand for lawyers and advocates is at an all-time high. Pursuing a Law Course is a very renowned profession and lawyers command huge respect.

You can pursue Law after Class 12 by enrolling yourself in an LLB program. Generally, the LLB Program admission takes place via the CLAT Exam, however, some universities can follow a different route.