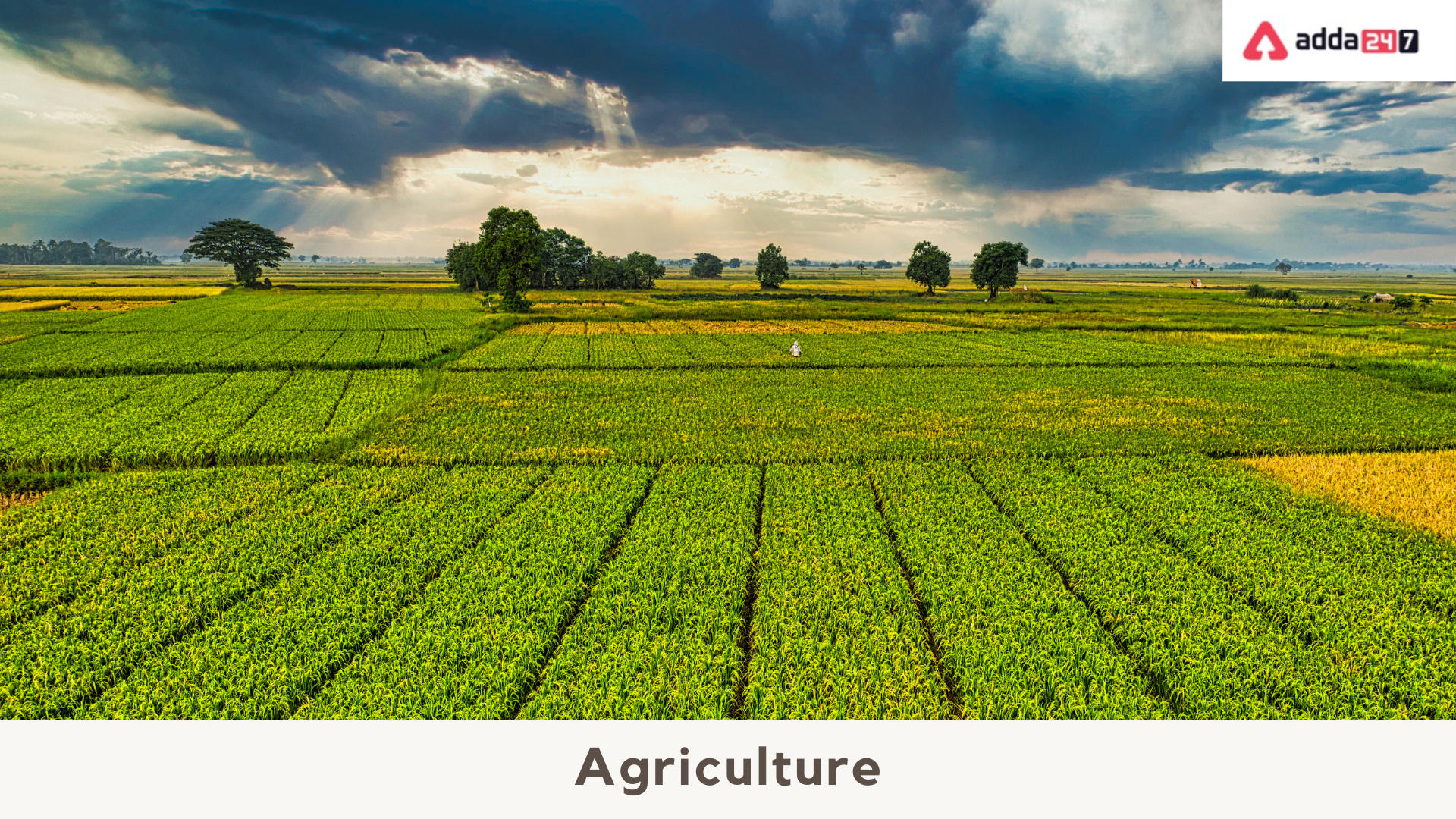 Two-thirds of India’s population is engaged in agricultural activities. Agriculture is a primary activity, which produces most of the food raw material for various industries. In CBSE Notes Class 10 Geography Chapter 4 – Agriculture, you will study the various types of farming, cropping patterns and major crops grown in India. In the end, you will know how much Agriculture contributes to the National Economy, Employment and Output.

The cultivation methods depend upon the characteristics of the physical environment, technological know-how and socio-cultural practices. Farming varies from subsistence to commercial type. In different parts of India, the following farming systems are practised.

It is a ‘slash and burn’ agriculture. Farmers clear a patch of land and produce cereals and other food crops. When the soil fertility decreases, the farmers shift and clear a fresh patch of land for cultivation. It is known by different names in different parts of the country. It is known as jhumming in north-eastern states.

Plantation is a type of commercial farming in which a single crop is grown on a large area. Plantations cover large tracts of land, using capital intensive inputs, with the help of migrant labourers. All the produce is used as a raw material in industries.

A variety of food and non-food crops are grown in different parts of India, depending upon the variations in soil, climate and cultivation practices. Major crops grown in India are:

Different oil seeds are grown covering approximately 12% of the total cropped area of India. Main oil-seeds produced in India are:

Yemen coffee is produced in India and this variety of coffee is in great demand all over the world. Its cultivation was introduced on the Baba Budan Hills and is confined to the Nilgiri in Karnataka, Kerala and Tamil Nadu.

India is a producer of tropical as well as temperate fruits. Major crops produced are pea, cauliflower, onion, cabbage, tomato, brinjal and potato. Some of the famous horticulture crops grown in India are:

Agriculture provides a livelihood for more than 60% of its population, so this sector needs some serious technical and institutional reforms. The Green Revolution and the White Revolution were some of the reforms initiated by people to improve agriculture.

Some Initiatives taken by the Government are:

Contribution of Agriculture to the National Economy, Employment and Output

Question 1 Write four points to stress the importance of agriculture in India. (2013)

Or, Why is India called an agriculturally important country? Write four supportive arguments.

Or, ‘Agriculture has been the backbone of the Indian Economy’ Explain the statement by giving reason. (2017 D)

Ans. India is an agricultural country because of the following reasons:

Question 2 Why do farming practices vary in different regions? Give three major reasons.

Question 3 Name some industries based on agricultural raw material.

Question 4 What factors does primitive subsistence farming depend on?

Question 7 Compare ‘intensive subsistence farming’ with that of ‘commercial farming’ practiced in India.

Question 9 What are the major differences between primitive subsistence farming and commercial farming? (2013)

Question 10 What is the most important characteristic of commercial farming?

Ans. The main characteristic of commercial farming is the use of higher doses of modern inputs, e.g. high yielding varieties seeds (HYVs), chemical fertilizers and pesticides to increase productivity. The degree of commercialisation of agriculture varies from one region to another.

We would love it if we could add some of your insights. If you have a definite goal of scoring the highest marks, then you can resolve your doubts via our app/quizzes and youtube class  assistance (https://www.youtube.com/c/Adda247School)

Question 1 Why is Agriculture an important occupation?

Ans. Cultivation of crops and breeding of livestock is included in the agriculture occupation. Farmers play a crucial role in the development and progress of our country.

Question 2 Which are the best/most suitable seasons for Agriculture in india?

Ans. Each state depends on its own monsoon seasons. Monsoon rains are important for the growth and cultivation of crops.

Question 3 Which are the major crops grown in India?

Ans. Rice, wheat, millets, pulses, tea, coffee are some of the main crops in India.

Question 4 What are the 3 types of agriculture?

Ans. Subsistence agriculture is often divided into three different types, including intensive subsistence, which is the traditional method, shifting cultivation, which relies on clearing forest to create new farm plots every few years and pastoral nomadism, which relies on traveling with herds of animals

Question 5 What is the importance of agriculture?

Question 6 What are the problems of agriculture?

Ans. These three challenges – feeding a growing population, providing a livelihood for farmers, and protecting the environment – must be tackled together if we are to make sustainable progress in any of them