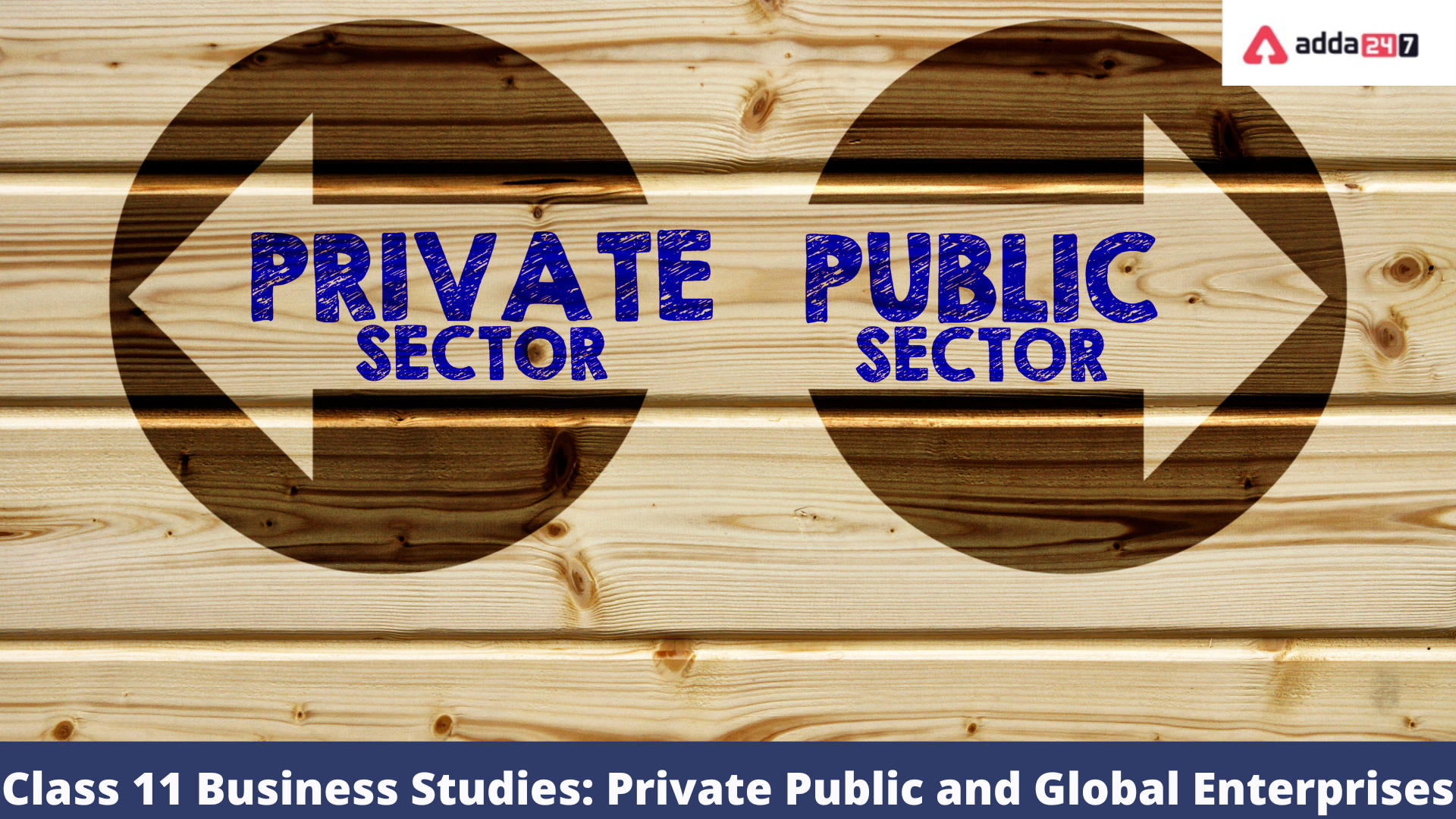 Many countries across the globe have acquired the policy of privatization and global business, which has gained a lot of attention over the years. For the growth and improvement of any nation, all the three, that is, private, public, and global enterprises, should go hand in hand as just one sector cannot lead the country to success.

The private sector includes businesses that are controlled, owned, and managed by an individual or group of individuals. Such companies are classified as small, medium, and large enterprises that are traded privately or sometimes publicly. The business in this sector is formed by establishing a new enterprise or privatizing a public firm.

The main goal of a private company is to make profit and recruit more employees than the public sector. It focuses on providing quality services to the society and win its goodwill and trust  to sustain in the market for a longer run and compete with the competitors. It has to abide by the rules and regulations of the government.

It is a diversified sector and contributes a considerable part to the country’s economy. The entities that provide to the private sector are:

Some kind of organizational framework is needed for the Government’s participation in business and economic sectors of the country to function. In the Public Sector, Government plays a major role in organizing and formulating the key points related to an organization. The Government acts through its people, its offices, and employees who take decisions on behalf of the Government. For this, Public enterprises were formed by the government to participate in the economic activities of the country. These public enterprises are owned by the public and accountable to the public through the parliament. A public enterprise may take any particular form of organization depending upon the nature of its operation and its relationship with the government.

The forms of organization  that a public enterprise may take are as follows:

Departmental enterprises are established as departments of the ministry and are considered part or an extension of the ministry itself. They have not been constituted as autonomous or independent institutions and as such are not independent legal entities. These undertakings are under Central or State Government and the rules of Central/State Government are applicable. Eg. Railways

The main characteristics of Departmental Undertaking are as follows-

Statutory Corporations are public enterprises that are brought into existence by a Special Act of Parliament. The Act defines its powers and functions, rules and regulations governing its employees, and its relationship with government departments. It enjoys the legal identity of a corporate person and has the capacity of acting in its own name.

Statutory Corporations have certain distinct features, which are discussed as below-

Government Company has certain characteristics which makes them distinct from other forms of organizations. These are discussed as follows-

Global enterprises are firms that function across the globe, that is, in international trade. These enterprises are categorized based on their size, their products, technological advancements, marketing and strategy, and operational network around the world.

The central vision of a global enterprise company is to operate across many countries to earn international currencies. It has different books of accounts in several countries, which are merged at the end of the financial year according to their usage.

Instead of operating numerous shared service centers and managing outsourcing vendors independently, they are:

A global enterprise is one which owns and manages the functions in two or more countries. for example- Unilever Ltd, Coca-Cola, Samsung etc.

These enterprises have huge financial resources.  They have the ability to raise funds from different sources. Funds are raised by the issue of issuing equity shares, debentures, etc to the public. The investors of the host countries are always willing to invest in them because of their high credibility in the market.

With companies of the host countries, these enterprises enter into agreements. These agreements are made in respect of the sale of technology, production of goods, patents, resources, etc.

These enterprises use advanced technology for production, hence goods/services provided by the MNCs conform to the international standard and quality specifications.

These enterprises have efficient teams doing research and development at their own R &D centers. The main task is to develop new products and design existing products into new shapes in such a manner as to make them look new and attractive and also to satisfy the demands of the customers.

They expand their market territory when the network of operations of these enterprises extends beyond their existing physical boundaries. They occupy dominant positions in various markets by operating through their branches, subsidiaries in host countries.

Despite the fact the branches of these enterprises are spread over in many countries, they are managed and controlled by their Head Office (HO) in their home country only. All these branches have to work within the broad policy framework of their parent company.

Question 1 What are the different types of PSEs?

Ans. The different types of Public Sector Enterprises or PSEs are:

Question 2 Mention the types of business enterprise which operates in more than one nation.

Ans. Companies that operate a business in more than one nation are called Multinational Companies (MNCs). However, such companies have their headquarters in one country where all the primary business activities take place. For instance, Capgemini, Amazon, etc.,

Question 3 What are the objectives of a public sector enterprise?

Question 5 What are the features of an MNC?

Question 6 What is a Joint venture?

Ans. A joint venture is a business arrangement in which two or more persons give their consent to pooling their resources for the purpose of completing a particular task. This task can either be a new project or any other business pursuit. In a joint venture (JV), each of the participants is accountable for profits, losses and costs related to it.

Question 7 What is a departmental undertaking?

Ans. Departmental undertaking is a form of organization in the public sector where a public enterprise is allowed to function as a full-fledged division. It is maintained, organized and financed by the government. For e.g. India Posts functions as a department within the Ministry of Communication.

Question 1 What are global enterprises?

Ans. Meaning: The public sector consists of various organizations owned and managed by central or State or by both governments. The govt. participates in the economic activity of the country through these enterprises.

Question 3 What are the types of global companies?