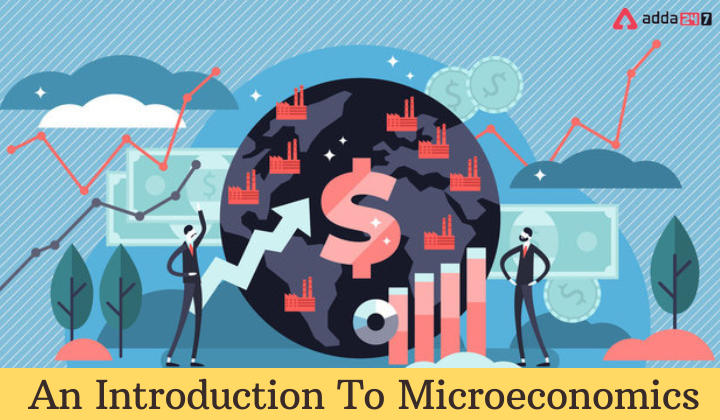 The area of economics known as microeconomics examines how people, households, and businesses behave while making decisions about the economy. All forms of business are collectively referred to as “firms” in this context.

Introduction To Microeconomics- Types Of Economy

There are 3 different types of economy:-

Centrally Planned Economy:  A centrally planned economy is one in which the government or another central body organizes all key economic activity. The government makes all significant choices involving the creation, exchange, and consumption of products and services. The goal of the central authority is to distribute the ultimate mix of commodities and services that the society as a whole deems desirable while also allocating resources in a certain way. The main objective is social welfare.

Market Economy: The market organizes all economic activities in a market economy. In a market, people freely interact as they engage in separate economic pursuits.

In other words, a market is a group of agreements between economic actors where they freely exchange goods or services. Additionally, there is influence from the private sector and no interference from the government. The economy is determined by the dynamics of supply and demand as well as by how people behave in the market. Maximizing profits is the key goal.

Mixed Economy: A mixed economy is one in which production components are owned and operated by both the public and private sectors. The main objectives are to maximize profits in the private sector and to promote social welfare in the public sector. The price system and the central planning authority both address fundamental issues.

Introduction To Microeconomics- Basic Problems Of An Economy

Introduction To Microeconomics- Central Problems Of An Economy

(A) What to produce: An economy has finite resources that can be used for various purposes compared to endless demands. For example:-Consumer and producer product, products are produced by the economy. In order to determine what kinds of commodities and services will be produced and in what amounts, the economy must make these decisions.

(B) How much to produce: Selecting a production method is an issue. Two categories of production techniques exist

(C) For whom to produce: It is a distribution issue concerning manufactured items among diverse socioeconomic groupings from whom to produce. It has two features:

The formal definition of economics can be traced back to the great Scottish economist Adam Smith (1723-90). Adam Smith and his followers, following the mercantilist tradition, regarded economics as a science of wealth that studies the processes of wealth production, consumption, and accumulation.

The emphasis in Alfred Marshall’s book “Principles of Economics,” published in 1890, was on human activities or welfare rather than wealth. “A study of men as they live, move, and think in the ordinary business of life,” Marshall defines economics. He claimed that economics is a study of wealth on one hand and a study of man on the other.

Generally speaking, there are two branches of economics. They are the following:-

Microeconomics:- It is the area of economics that focuses on single units.

Macroeconomics:- Another area of economics that deals with aggregates is called macroeconomics.

Difference Between Micro and Macro Economics

The following assumptions form the basis of the PP curve concept:

In the PPC shown above, the OX and OY axis stand in for the quantities of GOOD 1 and GOOD 2. The different production options are A, B, C, and D.

Ans. The field of economics known as normative economics investigates how a country’s economy ought to run in a perfect world. It emphasises the aspect of “what ought to be.” For instance, farmers should receive subsidies, etc.

Ques 2. What is scarcity?

Ans. A shortage of resources in comparison to the demand for them is referred to as scarcity.

Ans. The three central problems are:

Ques 4. A point inside the PPC denotes what?

Ans. A point on the PPC (Production Possibility Curve) denotes underutilization of resources.

Ques 5. A Production Possibility Curve (PPC) is concave for a reason. Explain.

Ans. Because every extra unit of good X requires the sacrifice of an increasing number of units of good Y, the Production Possibility Curve (PPC) is concave to the origin. The opportunity cost of manufacturing each extra unit of good X tends to increase in relation to the loss of production of good Y. This is because different production factors do not perfectly replace one another.

Ques 6. Does a high unemployment rate cause the PPC to move to the left?

Ans. Inefficient resource usage, which does not lower the economy’s potential for production, is what leads to high rates of unemployment. Therefore, there won’t be a change in PPC. The economy will function within the PPC as a result of underutilization of resources.

Ans. We all desire access to better housing, education, entertainment, clothing, and food. But there are not enough resources to satisfy all of our needs. Even the most developed economies are unable to meet everyone’s demands. It means that resource scarcity is a common aspect of every economy and that it creates an issue of choice, or how to make the best use of the resources that are now accessible. There would not have been a problem with choosing if resources had been plentiful. Therefore, the choice issue in a scarce environment is a concern of economics.

Ques 8. Distinguish between a centrally planned economy and a market economy.

Reach us by means of a visit or call our senior instructor at +91-9625869989 to figure out additional information about the various choices and streams that are open.

Ques 1. What is the primary issue covered in Microeconomics 11?

Ans. The equilibrium of the prices and quantities of products and services in the individual market is the basic goal of microeconomics.

Ques 2. What leads to scarcity?

Ans. There are four main causes of scarcity, however, there may be other factors involved. Potential reasons for scarcity include unequal resource distribution, one’s own perspective on resources, a sharp rise in demand, and a sharp fall in supply.

Ques 3. What part does the economy play?

Ans. An economy is a collection of interconnected production and consumption processes that ultimately decide how resources are distributed within a community.