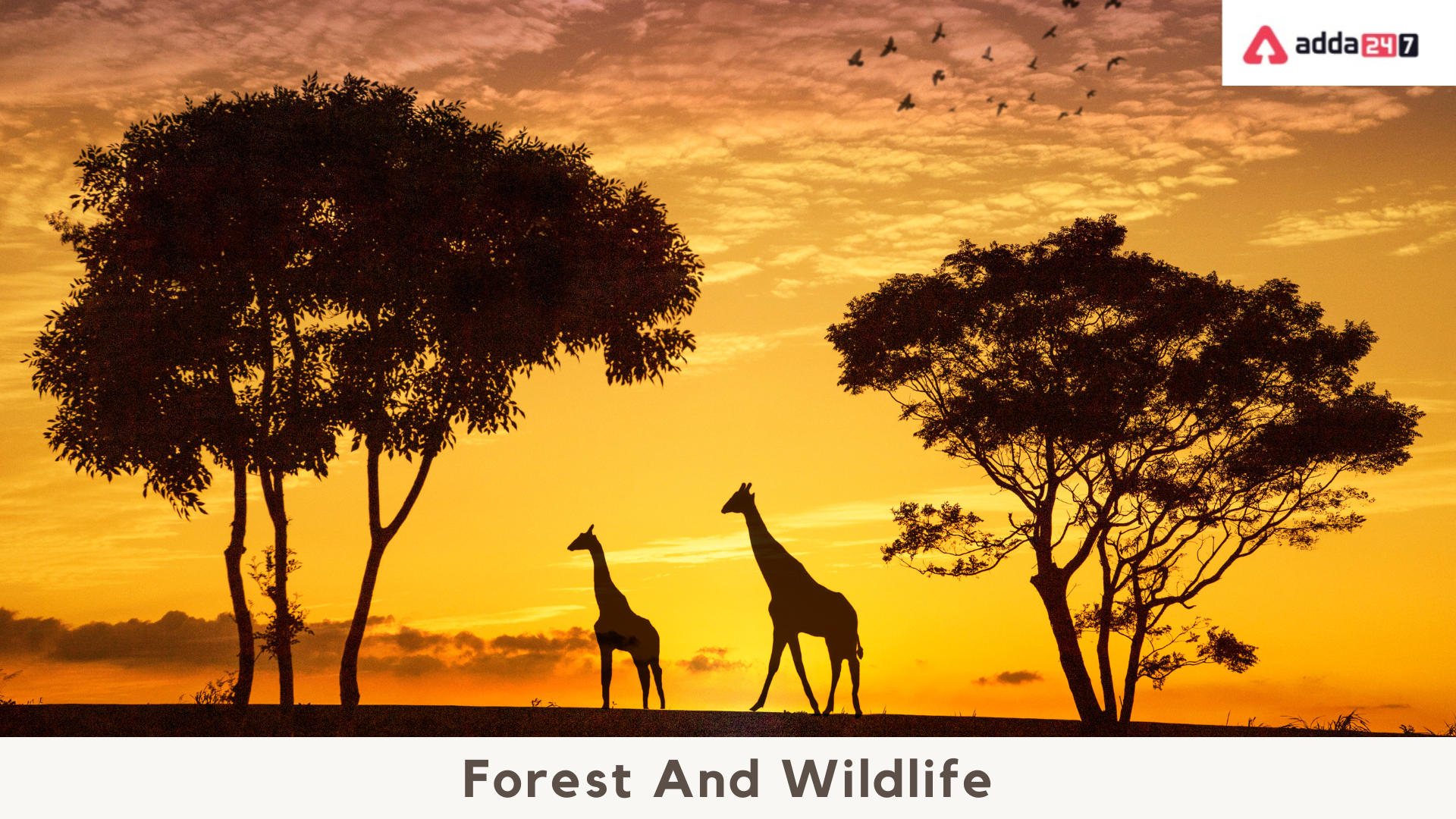 Forest and Wildlife Resources Class 10 Notes are given in this article. In the environment, forests and wildlife are interconnected. A forest is a big region of land dominated by trees, aquatic biomes, multiple species of animals, and a million different microorganisms. Many wild animals can be found in the forests.

Conservation of forests and wildlife is necessary to keep the population of different animal and bird species in check. Primary, secondary, and tertiary consumers can be found in the forest food chain. We should plant more trees and prohibit hunting and tree cutting. In the following article, we will learn more about forests and wildlife, as well as how to conserve them. Read Full Forest and Wildlife Resources Class 10 Notes.

The word “Bio” refers to “life,” and “diversity” refers to “forms.” Occurrence of different types of ecosystems, different species of organisms with a whole range of variants (biotypes), and genes adapted to different climates environments along with their interactions and processes.

If we look around us, we will find a variety of plants and animals. Flora refers to the plant population, whereas fauna refers to the animal population. India is one of the world’s richest and most diversified countries in terms of its vast arrangement of biological diversity.

Why are Forests Considered as Biodiversity Hotspots?

Forest is home to a variety of species and organisms. We can come across different life forms found in forests such as plants, insects, wildflowers, birds, ferns, herbs, shrubs, bacteria, fungi, nematodes, reptiles, etc. Hence the forests are considered biodiversity hotspots. Forests have a very high level of species richness and large biodiversity of endangered species, many highly endemic. To maintain ecological stability, we should aim to preserve biodiversity.

Stakeholders are the different groups of people who are interested in the conservation of forest and wildlife.

To decrease or prevent deforestation and conserve forests and wildlife, the government has implemented various rules, methods, and policies.

Steps for Conservation of Forest and Wildlife Resources

Ans. The central government announced several projects for protecting specific animals, which were gravely threatened. List includes the tiger, the one horned rhinoceros, the Kashmir stag or hangul, three types of crocodiles – freshwater crocodile, saltwater crocodile and the Gharial, the Asiatic lion, and others.

The government has also provided partial or full legal protection to animals such as Indian elephants, black buck, snow leopard etc. to protect them from extinction.

Several butterflies, moths, beetles, and one dragonfly were also added to the list of protected species under the Wildlife Act of 1980 and 1986.

Question 2 What are permanent forests?

Ans. Reserved and protected forests are together called permanent forests. They are maintained for timber collection and other natural products.

Question 3 Why is aquatic diversity important for human communities?

Ans. Fisheries are a major source of income for many communities, especially along the coastline. A rich aquatic diversity will provide a constant income for them. Everyone depends on water for their daily activities, and hence rich water resources would mean a healthy community and regular food source.

Question 4  What were the impacts of the Chipko Movement?

Ans. The Chipko movement was successful in saving the flora but has also brought people together to save the environment. It also gave rise to many other programs where the community came together to save natural resources. Beej Bachao Andolan in Tehri and Navdanya has promoted people to stop using synthetic chemicals as sufficient crop harvest can be produced even without the use of chemical fertilizers. The joint forest management (JFM) program involves local people and communities to restore forests. It was first started in Odisha in 1988.

Question 1 What is the importance of forests and wildlife?

Ans. All living organisms depend on the forest directly or indirectly. We get fresh air, wood, timber, etc., from forests. Forest is the natural home to many wild animals. Forests prevent soil erosion. They play a major role in climate change.

Question 2 How do forests support wildlife?

Ans. Forests support wildlife in various ways like shelter, food, and sites for reproductions. Many birds build their nests in trees, eat available fruits and vegetables for their growth.

Question 3 What do you mean by wildlife?

Ans. Wildlife generally refers to undomesticated animal species. The wild animals live in the forest and grow wild without any human interaction.

Question 4 What are the few uses of a forest?

Question 5 How do we protect wildlife?

Ans. We can conserve wildlife by having sanctuaries, national parks, biosphere reserves, etc., and a few projects like project tiger to save the endangered species.