76. Name the President of India who had previously served as Governor of Kerala?

77. Name the progenitor and most prolific practitioner of ‘Painkili Novels’ who has contributed significantly to the rise of literacy among malayali women –

78. Shikshalokam – Educational Leadership Platform – is a philanthropic initiative founded and funded by –

79. Name the Indian city that merits the name of the world’s vaccine capital by virtue of the humongous manufacturing capacity it houses –

80. Who is the first Indian woman to win an Olympic medal for India

84. Which of the following numbers give 240 when added to its own square?

86. The enrollment in a school increases from 1200 to 1254. Determine the percent increase in enrollment.

87. A clock seen through a mirror shows quarter past three. What is the correct time?

90. Eugene reads two-fifth of 85 pages of his lesson. How many more pages he needs to read to complete the lesson?

93. The average age of 20 students is 12 years. If the teacher’s age is included average increases by one. The age of the teacher is –

95. What is the time taken by a train running at 54 km/hr to cross a man standing on a platform, the length of the train being 180 m?

97. What is the largest prime number?

99. Pipe A can fill a tank in 12 minutes, pipe B in 18 minutes and pipe C can empty a full tank in 36 minutes. If all of them together, find the time taken to fill the empty tank –

Muttathu Varkey, often credited as the pioneer of the painkili genre, was born in Chethipuzha, a village in Kottayam. His first novel – Inapravukal (A pair of doves) – published in 1953, established the new genre that would capture many thousands of hearts. In the next two years he wrote two more – Thekkan Kaarum and Paadatha Painkli. Varkey had arrived.

Shiksha Lokam, the technology-led philanthropic platform set up by  Infosys co-founder S D Shibulal, plans to enable more than 1.5 million school leaders to improve education quality as it expands presence across 10 states.The platform, which mentors local partners and teachers to build a network that can work with government bodies and impact learning outcomes, has so far enabled nearly 320,000 leaders, including teachers.

Huderabad is the Indian city that merits the name of the world’s vaccine capital by virtue of the humongous manufacturing capacity it houses. This southern city, already recognised as a global information technology destination, proved its prowess in the field of pharmaceuticals and biotechnology and emerged as the vaccine capital of the world. Already known as the bulk drug capital of India, Hyderabad witnessed manufacturing of lifesaving COVID-19 drugs like Remdesivir, Hydroxychloroquine and Favipiravir by some of the top pharma companies based here.

Three digit numbers start with 100 , preceding to which is 99 , a two digit number & They end at 999 consecutive of which is 1000 which becomes a four digit number..

Let x be the number. 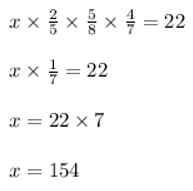 It is given that,

A clock seen through a mirror, shows quarter past three

From the figure attached with this answer shows,

the pictorial representation of given scenario.

Therefore the correct answer is option B. 8.45 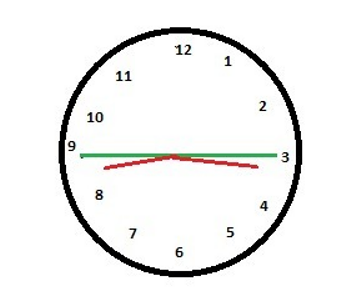 Let the number be x,

Let the teacher’s age is x years
According to question ,

The Question asked :
Find the time taken by a 180 m long train running at 54 km/hr to cross a man standing on a platform.

Answer :
Let the time taken to cross the man standing on the platform be = x
We know that :
Speed = Distance / Time
Put the values in the formula, but before, convert 54 km/hr into m/s so that all the quantities are in the same units
54 km/hr =

Starting with the first number ‘1’, we move ahead in the way given below:

Therefore 127 is the next number in the series.

In the question above option a)-1 is correct .Because negative numbers are smaller than 0 or the whole numbers . We cannot consider -1/2(which is equal to -0.5 ) because -0.5>-1. Therefore the correct answer is -1.