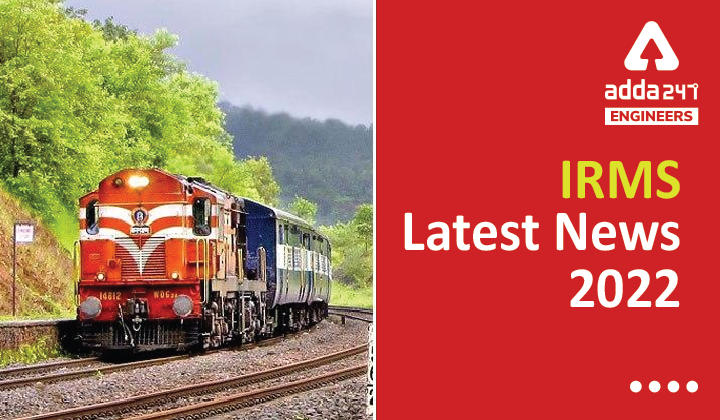 Indian Railway Management Service has issues the gazette notification in which IRMS has decided to unify eight existing services of Indian Railways. There will be just two departments that are Railway Protection Force and Medical Service Department for the Indian railways. Indian Railways had issued the recruitment notification in December 2019. Since two years, Discussions were going on to unify the eight services. And now finally, The IRMS has issues the notice in which they have notified that they will unify eight existing services of the national transporter. The gazette Notice is issued by the ministry of railways. We have covered everything regarding the Indian Railway Management Service Latest News 2022. Read the full article and stay tuned for further engineering job updates.

“In pursuance of Cabinet’s decision dated 24th December 2019, there shall be creation of a new Group ‘A’ Central service called Indian Railway Management Service,” a gazette statement issued in the notice issued by the railway ministry on 9th february

In December 2019, with an aim to end ‘departmentalism’ in railways, the cabinet committee on economic affairs (CCEA), chaired by Prime Minister Narendra Modi has announced the merger of eight existing Group A services into a central service, this is the statement issued by the IRMS.

Now, the fresh recruitment of the officers in Indian railways would be done as the recruitment was on on hold since the Cabinet decided to have the single cadre for railway officers in december 2019.

This decision is the most important decision for the indian railways bureaucracy. There will be new rules for the Indian railways Recruitment which will be happening for two departments.

Q1. When did IRMS release the notice of approval for the eight indian railway services unification?

Q2.In how many departments will Indian Railways be unified?

Ans. Indian railways will be unified in to two departments.