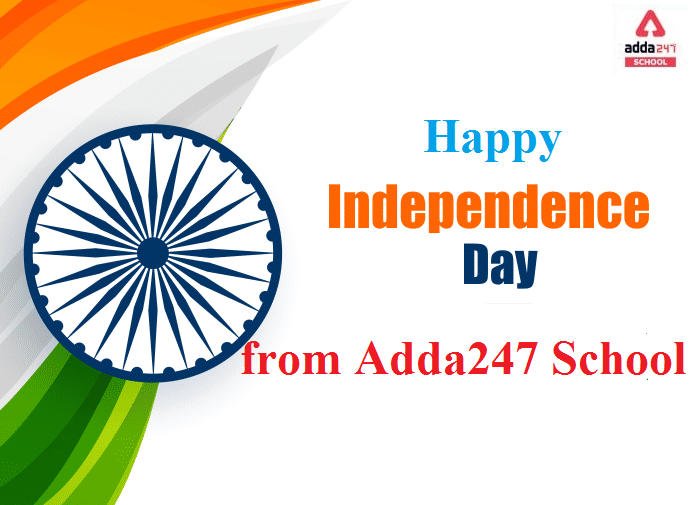 Every year on August 15, India commemorates its liberation from British control in 1947 by celebrating Independence Day. After gaining independence, India became the largest democracy in the world thanks to the UK Parliament’s passage of the Indian Independence Act, 1947, which gave the Indian Constituent Assembly legislative authority.

The anniversary of the division of independent India into India and Pakistan coincides with Independence Day.

Jawaharlal Nehru, the then-Prime Minister, had remarked in his “Tryst with Destiny” address on the eve of India’s independence: “At the stroke of midnight, while the world sleeps, India will awake to life and freedom.”

The Sepoy Mutiny at Meerut in 1857 marked the beginning of India’s independence campaign, which gained speed following the First World War. The Indian National Congress (INC) and other political organizations started a nationwide independence campaign and uprising against the repressive British rule in the 20th century, led by Mahatma Gandhi.

In 1942, as part of the Second World War, the Indian Congress started the Quit India Movement, which called for the end of British rule. As a result, Gandhi and other activists, nationalists, and politicians were detained by the colonial authorities.

Religious violence caused violent riots, numerous fatalities, and the eviction of up to 15 million people during the partition of India in 1947.

Independence day 2022 Theme is for this year, the theme of the 75th Independence Day would be ‘Nation First, Always First.

After a 200-year struggle, India finally gained its independence. On August 15, 1947, India acquired full independence from the British. Because of this, every Indian person, whether they reside in India or overseas, attaches importance to the day. On August 15, 2021, India will have celebrated 74 years of independence. This day also serves to remind us of the difficulties and sacrifices made by freedom fighters in the fight for independence.

The battle that our freedom warriors endured demonstrates to us that hundreds of people’s lives were sacrificed in order to achieve the freedom we take for granted today. It instills a sense of patriotism in every Indian. It familiarises the present generation with India’s liberation fighters and helps them appreciate the sufferings of those close to them.

Independence Day 2022: What Happens On This Day?

Every year, the Indian Prime Minister raises the flag and addresses the country at the Red Fort in Delhi. A military parade then follows. The “address to the nation” speech is also given by the president of India. There are twenty-one gunshots fired to mark the event.

India observes this day as a national holiday, hence all businesses, including banks and post offices, are closed. All Indian states and Union Territories celebrate Independence Day with flag-raising ceremonies, parades, and cultural activities.

A month before Independence Day, preparations begin. Cultural activities, contests, debates, presentations, and quizzes are organized by schools and colleges.

In the morning, all television news stations broadcast live shows of events performed at Red Fort in New Delhi, such as flag hoisting ceremonies and parades. On this day, television stations broadcast movies and documentaries with an Independence Day theme. People and children learn about many events in our quest for independence thanks to these programs. This uplifts the populace, especially youngsters, and fosters a love for our homeland.

The 15th of August is also the day of an annual kite-flying event. This is one of the most well-known and intriguing aspects of the enthusiastically observed independence day celebrations across the nation. The sky on this day appears to be quite colorful as it is covered in kites of all different colors, shapes, and sizes.

Due to the national holiday that is Independence Day, all businesses, offices, schools, and institutions are closed. This day serves as a memorial to the patriots and freedom warriors who gave their lives so that we might experience and live in a free country. On this day, many schools and other institutions hoist the tricolor. A well-known person or the principal addresses the group. To honor this day, all prominent governmental buildings are brightly lit throughout the evening.

Independence Day is celebrated to mark the day on which India attained its freedom from the British. India was under the rule of the British from 1858 until 1957. The day is celebrated all over India and observed as a National Holiday.

India’s first prime minister, Jawaharlal Nehru raised the National Flag in 1947. The flag was raised at Lahori Gate of Red Fort which is located in Delhi on 15th August 1947.

Every year after the Honorable Prime Minister, raises the National Flag at Red Fort in Old Delhi, Independence Day is celebrated. A live telecasted speech of the Prime Minister is followed after the ceremony, in which the prime minister addresses the whole nation.

In the speech, the major accomplishments of India in the previous year are recounted and future plans for the country are shared by the Prime Minister. The speech is followed by various functions, parades, and cultural shows all over India.

Schools and colleges gather the students to mark the day. Sweets are distributed among the children.

Read About Women Empowerment in India

The Indian Independence Day Bill was introduced on 4th July 1947 and was passed within a fortnight. After the Bill was passed, India finally achieved independence on 15th August 1947. The man, who led the freedom fight for the Independence of India, was Mahatma Gandhi.

He was the man who started and led the whole fight for Independence. Later more and more freedom fighters kept joining him. Some of the famous fighters are Rani Lakshmi Bai, Bhagat Singh, Mangal Pandey, Chandra Shekhar Azad, Subhas Chandra Bose, and many others.

Before India’s Independence, Pakistan was a part of India. India and Pakistan separated on the midnight of 14th-15th August 1947. Pakistan celebrates its Independence Day on 14th August.

Read About Unity in Diversity of India

The National Anthem of India was composed in 1911, by Rabindranath Tagore. Before January 24, 1950, it was considered to be a song “Bharoto Bhagyo Bidhata”, which was later adopted by the Constituent Assembly of India and was accepted as the National Anthem.

The current National Flag of India was adopted officially on July 22, 1947. It was hoisted for the first time on August 15, 1947. The National flag is of three colors spread horizontally, Saffron, White (with the Ashok Chakra in the middle in Navy Blue), and Green.

It is strictly ordered from the Bureau of Indian Standards (BIS), that the National Flag should be hand-spun and hand-woven with cotton khadi.

Bahrain, North Korea, South Korea, the Republic of Congo, and Liechtenstein too celebrate Independence Day along with India on 15th August.

Goa was the last state to join the Indian Territory, as even after India’s independence, Goa continued to be a Portuguese colony. It became a part of India in 1961.

On 15th August, we celebrate the Independence Day of India. Before Independence India was under the British Rule from 1858 to 1947. Our freedom fighters have sacrificed their lives to attain freedom for India. On Independence Day, people recite the National Anthem after the National Flag is raised by the Honourable Prime Minister of India. It is celebrated as a National holiday. Functions and Parades take place all over India. Sweets are distributed among students on this day.

When did India attain freedom from British Rule?

Why do we celebrate Independence Day?

We celebrate Independence Day to mark the end of British Rule in India, after which India attained freedom.

Who composed the National Anthem of India?

National Anthem of India was composed by Rabindranath Tagore in 1911.

Who was Mohandas Karamchand Gandhi?

The full name of Mahatma Gandhi is Mohandas Karamchand Gandhi, the Father of the Nation. He led the Independence Movement of India.

Q. What will be the theme for Independence Day in 2022?

Ans. India will commemorate its 75th anniversary of independence on August 15, 2022. The theme of the festivities being held under the banner of “Azadi ka Amrit Mohatsav” to commemorate the occasion is “Nation First, Always First.”

Q. When was the first Independence Day in India?

Q. What color is India’s flag?

Ans. The national flag is a horizontal tricolor with equal amounts of white, Indian green, and Kesari at the top, center, and bottom.