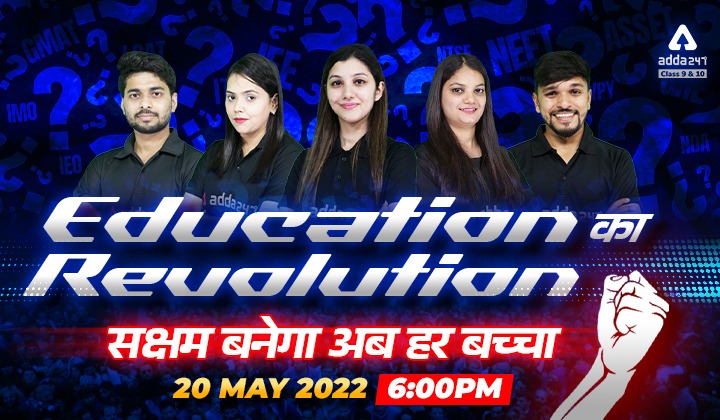 Section A: In this section, very short answer-type questions of 2 marks will be asked.

Section B: In this section, short answer-type questions of 3 marks will be asked.

Section C: In this section, long answer-type questions of 5 marks will be asked.

Section D: In this section, Case-Based questions will be asked.

Section E: In this section map-based question of 3 marks will be asked.

Refresh this page to get answers to all the questions

Q.1 Why did Indian merchants and industrialists support the Civil Disobedience Movement? Explan.

1. After First World War, they had made huge profits but the present colonial policies were restricting their business activities.

2. They wanted imports to decrease and a foreign exchange ratio that would discourage imports so they supported Civil Disobedience movement when it began.

3. They saw swaraj as a time of no colonial restrictions and flourishing trade and business.

Explanation: Industrialists were largely supportive of the idea of swaraj in the expectation of a free economy to do business in. But they got apprehensive when they saw the protest as detrimental.

Q.2 Examine the significance of pipeline as a means of transportation in the country.

The importance of pipeline:
(i)Pipeline transport network is a new arrival on the transportation map of India. In the past, these were used to transport water to cities and industries.
(ii)Now, these are used for transporting crude oil, petroleum products and natural gas from oil and natural gas fields to refineries, fertilizer factories and big thermal power plants.
(iii)Solids can also be transported through a pipeline when converted into slurry.
(iv)The far inland locations of refineries like Barauni, Mathura, Panipat and gas based fertilizer plants could be thought of only because of pipelines.
(v)Initial cost of laying pipelines is high but subsequent running costs are minimal. It rules out trans-shipment losses or delays.

Q.3 Why has India adopted a multi-party system? Explain.

India adopted a multi party system because of the social and geographical diversity of the nation. Through this system different and diverse parties could represent the sections of the society and power does not absorb in the hands of one single party. I

Q.4 How is ‘Demand Deposit’ an essential feature of money?

Q.5 Study the given flowchart and answer the questions that follow:

Q.5.1 Which is the basic material required  for garment manufacturing?

Q.5.2 Give one example of value addition in the textile industry.

Q.6(a) Differentiate between formal and informal sources of Credit.

Formal sources follow the sources of credit that are registered by the govt. and have to follow its rules and regulations whereas in informal sources include those small and scattered units which are largely outside the control of the government.

Q.6(b) How does a bank work as a key component of the financial system? Explain.

The financial system is all about taking money from someone who has ample of it and making it to reach those who have the best opportunities to utilise it. This way the economic resources are allocated most efficiently and best returns are ensured.  Economic transactions are done by various organisations like banks, pension funds, organised exchanges and insurance companies and many more. They are the financial institutions who use various financial instruments such as bonds, stocks, interests derived on deposits, credit to the borrowers etc.

Q.7 “It was essential to preserve folk tradition in order to discover one’s national identity and restore a sense of pride in one’s past.” Support the statement in reference to India.

it is really very important to preserve folk art because every caste and group have its own traditions and customs. The one must secure their folk tradition because if it will get extinct, the culture of India will get impacted and India is known for its culture and traditions.

Q.8 Explain the role of Election Commission in the ‘registration and recognition’ of political parties of India.

has been engaged in political activity for a continuous period of five years; and
has, at the last general election in that State to the House of the People, or, as the case may be, to the Legislative Assembly of the State, returned-
either ( i ) at least one member to the House of the People for every twenty-five members of that House or any fraction of that number from that State;

or (ii) at least one member to the Legislative Assembly of that State for every thirty members of that Assembly or any fraction of that number;

Q.9(a) “Democracy is a better form of government than any other alternative.” Analyse the statement.

Democracy better than any other form of government because:

(b) Analyse the reasons for the overwhelming support for the idea of democracy all over the world.

There is an overwhelming support for the idea of democracy all over the world because:

(i) A democratic government is people’s own government.

(ii) The evidence from South Asia shows that the support exists in countries with democratic regimes.

(iii) People wished to be ruled by representatives elected by them.

(iv) People believe that democracy is suitable for their country.

(v) Democracy has the ability to generate its own support which in itself is an outcome that cannot be ignored.

Q.10(a) Examine the factors which facilitate globalization in India.

The costs of ocean shipping have come down, due to containerisation, bulk shipping, and other efficiencies. The lower unit cost of shipping products around the global economy helps to bring prices in the country of manufacture closer to those in export markets, and it makes markets more contestable globally

Many economists believe that there has been an increase in the minimum efficient scale (MES) associated with some industries. If the MES is rising, a domestic market may be regarded as too small to satisfy the selling needs of these industries. Many emerging countries have their own transnational corporations

The desire of businesses to benefit from lower unit labour costs and other favourable production factors abroad has encouraged countries to adjust their tax systems to attract foreign direct investment (FDI). Many countries have become engaged in tax competition between each other in a bid to win lucrative foreign investment projects.

Old forms of non-tariff protection such as import licensing and foreign exchange controls have gradually been dismantled. Borders have opened and average import tariff levels have fallen.

That said, it is worth knowing that, in the last few years, there has been a rise in non-tariff barriers such as import quotas as countries have struggled to achieve real economic growth and as a response to persistent trade and current account deficits.

In their pursuit of revenue and profit growth, increasingly global businesses and brands have invested significantly in expanding internationally. This is particularly the case for businesses owning brands that have proved they have the potential to be successfully globally, particularly in faster-growing economies fuelled by growing numbers of middle class consumers.

Q.10(b) Assess, how globalization has touched the lives of larger society.

1. Globalization has touched all aspects of human existence. In the modern era, voluntary migration as well as forced migration have resulted in a diverse human population in many parts of the world. America, which is often called a “melting pot”, is a prime example of how the mass movement of people has shaped the modern world. Today’s Americans come from all corners of the globe. But equally diverse populations can be found in parts of Mexico, South Africa, Indonesia, and many other places. And as people move, they bring with them their language, culture, food, and customs. These become interwoven within an existing society and create diversity, which should be celebrated.
2. Similarly, the world economy today is so intertwined that if one nation struggles financially, the effects are felt in global markets. The 2008 global recession, for example, caused several banking crises in Europe and Asia, but really began with a “bubble” of bad loans in the United States. On an everyday basis, globalization is represented by multinational corporations that employ people around the world. These companies often make a single product from resources and labor in many different countries.

On this page, you will get the Class 10 Term 2 Social Science(SST) Answer Key 2022, check your responses with the answer key, and calculate your marks.

Q. What is the subject code of Class 10 Social Science(SST)?

The subject code of Class 10 Social Science(SST) Core is 087.

Q. What is the exam pattern of the CBSE Class 10 Social Science Term 2 exam?