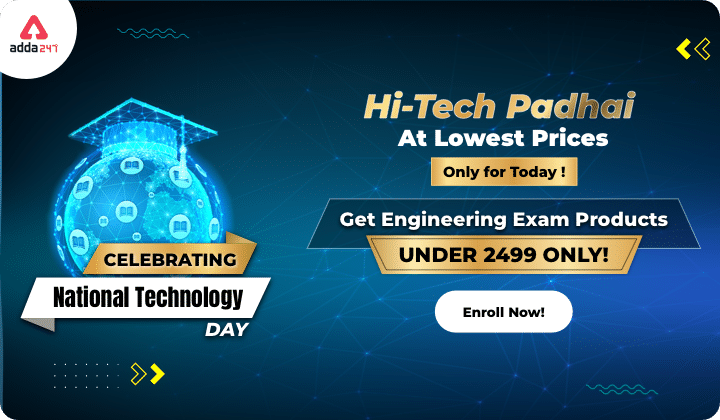 The date is significant because of a progression of mechanical achievements that the nation accomplished many years back. In 1999, the principal National Technology Day was commended by then-Prime Minister Shri Atal Bihari Vajpayee Ji. The Technology Development Board of India, praises this day consistently by granting people for their commitment in the area of Science and Technology. The day was first seen on May 11, 1999. The day was picked on the grounds that on this day India effectively broke into the first class gathering of nations with Atomic Weapons. On 11 May 1998, India effectively led three atomic tests at Indian Army’s Pokhran Test Range in Rajasthan. The tests were led under activity Shakti. Two additional atomic tests were led on May 13. Every one of the tests were driven by the late A P J Abdul Kalam, who proceeded to turn into India’s 11th president. The mission was done by Indian Army alongside Defense Research and Development Organization (DRDO), Bhabha Atomic Research Center (BARC), and Atomic Minerals Directorate for Exploration and Research (AMDER).

The Board additionally chooses a theme for each year. The Theme for this year is “Science and Technology for a Sustainable Future”. The subject last year was ‘Rebooting the Economy through Science, Technology and Research Translations’ named ‘RESTART’. The theme for 2022 was launched by Union Minister Jitendra Singh. Since 1999, Technology Development Board (TDB) has been organizing webinars on different science and technology-related topics.

Adda247 is launching an exclusive offer for all the engineering candidates across the country. On the auspicious occasion of National Technology Day, Team Adda247 is providing a “Hi-Tech Padhai Offer” in which the Engineering Candidates will get all the Adda Engineering Packages (Mahapack & Courses) exclusively under Rs.2499/-. Candidates must hurry up to grab this opportunity as early as possible. We as a team always think of the bright future related to our candidates and their success. This Offer will not only help the candidates to get the access of Adda247 content at a reasonable price but it will also help in their preparation in a long way. Thus, Click on the link provided below to get the access of our Hi-Tech Padhai Offer.

Note: This Offer Is Only Valid For Today i.e. 11th May.