RRB NTPC Admit Card 2020: RRB is going to finalize the RRB NTPC exam conducting body (ECA) in July 2020. As per the Corrigendum 5 the ECA conduction is going to finalized in July. The RRB Chennai has released corrigendum 6 for informing the interested agencies that the pre-bid is going to held on the schedule time. After the Unlock-1 the travel restriction are lifted, so they can conduct pre-bid either online or offline. RRB has invited the NPTC application form for the 35,208 posts. About 1.26 crore candidates has applied for the recruitment, they are all waiting for the Admit Card and Application Status of their form.

RRB NTPC Exam Dates 2020 is yet to be released @rrbcdg.gov.in. A notice from RRB Officials says that the tender for the recruiting body has been released. A long-time has passed that the registration process for the Exam got over (in March 2019).RRB NTPC Exam 2020 for CBT 1 may be held in the month of September-October 2020. Thus, the Admit Card will be available after the finalization of the recruiting body. Updates of the exam date and Admit Card will be provided as soon as it is officially out. 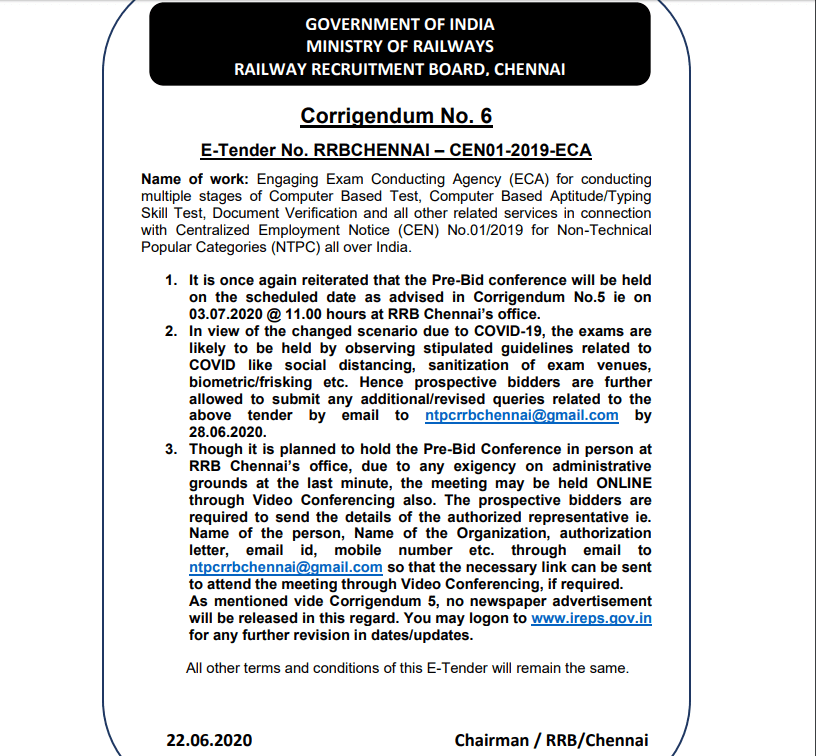 RRB, in association with the Indian railways, conducts NTPC examination for which 35,208 vacancies are released. As per the officials, even greater numbers are being noted in the count of RRB NTPC Application form. So, the competition & thus the hype for the exam seems too high.

Railway Board will be sending an e-mail/SMS to the registered candidates as soon as the NTPC Admit Card/Exam Date is released. Further, the official notification for RRB Admit Card will be available here as well.
Candidates are advised to keep their email and SMS active for any notifications.
The RRB NTPC Exam vacancies in various Zonal Railways and Production Units of Indian Railways include the following posts:

Please note that: The admit cards will be released separately for each stage of the recruitment process

The links to download RRB NTPC Admit card CBT I of various regions are given and will be activated as soon as the admit card is released:

Save the Admit card for future use!

Documents Required Along with Admit card 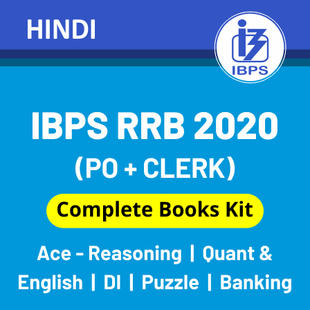