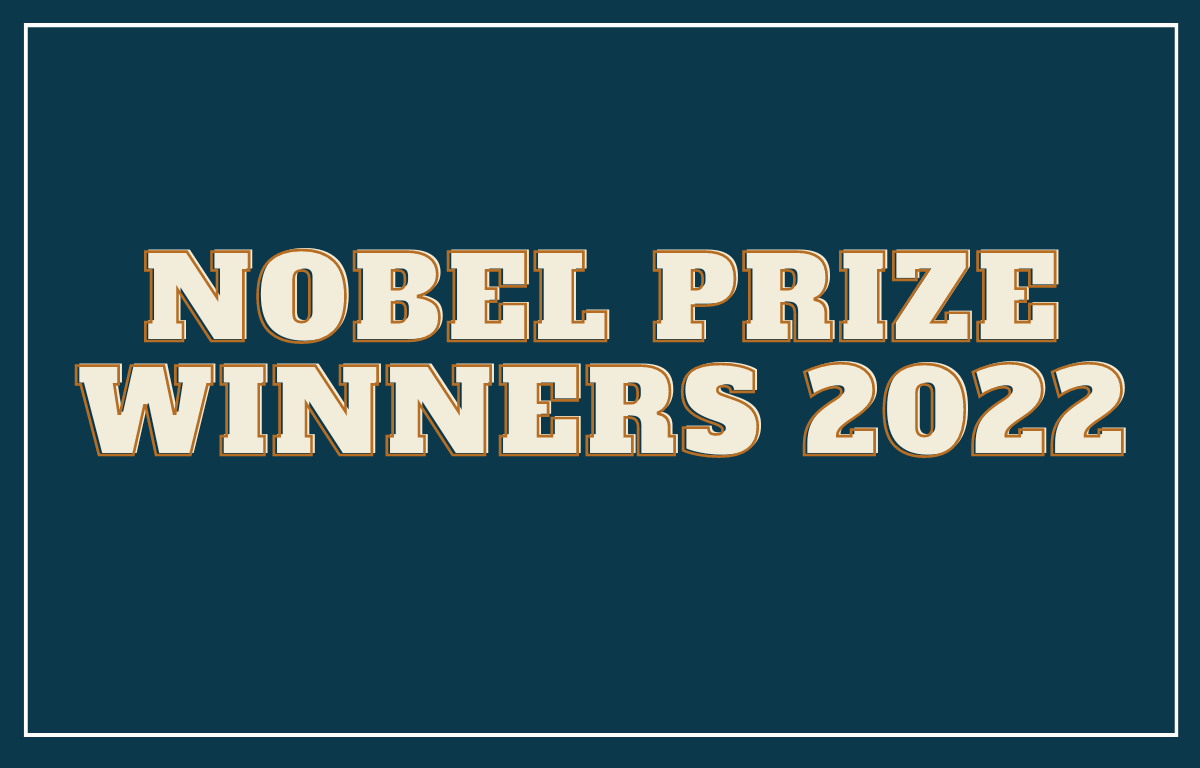 Nobel Prize Winners 2022: The Nobel Prizes are five separate prizes according to Alfred Nobel’s will of 1895, which are awarded to “those who, during the preceding year, have conferred the greatest benefit to humankind.” Nobel Prizes are awarded in the fields of Physics, Chemistry, Physiology or Medicine, Literature, Economic Sciences and Peace. Nobel Prizes are widely regarded as the most prestigious awards available in their respective fields. The prize ceremonies take place annually. Each recipient (known as a “laureate”) receives a gold medal, a diploma, and a monetary award.

The Norwegian Nobel Committee is responsible for nominating and finally selecting Nobel Laureate every year in accordance with the will of Alfred Nobel. The Nobel Prize Winners(Laureates) are being announced from 3rd October 2022 and will continue till 10th October 2022. We have provided below the list of Nobel Winners and will be updated as the winners from other categories are announced.

Ben S Bernanke, Douglas W Diamond and Philip H Dybvig have won the 2022 Nobel prize for economics on Monday for research on banks and financial crises. The research presented by this year’s laureates in economic sciences reduces the risk of financial crises developing into long-term depressions with severe consequences for society, which is of the greatest benefit to us all.

The Nobel Peace Prize laureates are human rights advocate Ales Bialiatski from Belarus, the Russian human rights organization Memorial and the Ukrainian human rights organization Center for Civil Liberties. They represent civil society in their home countries and for many years promoted the right to criticize power and protect the fundamental rights of citizens. They have made an outstanding effort to document war crimes, human right abuses and the abuse of power. Together they demonstrate the significance of civil society for peace and democracy.

The Nobel Prize 2022 in Literature has been awarded to French author Annie Ernaux for “the courage and clinical acuity with which she uncovers the roots, estrangements and collective restraints of personal memory”.Her books have explored how shame is built into the female consciousness, and how women censor and judge themselves even in personal spaces such as a diary.

The Nobel Prize 2022 in Physiology or Medicine is awarded to Svante Paabo for his discoveries concerning the genomes of extinct hominins and human evolution, the development of click chemistry and bioorthogonal chemistry at the Royal Swedish Academy of Sciences in Stockholm. The three have been awarded for their work in ‘click chemistry’, in which molecules snap together fast and firmly, without the need for a long, complicated process and too many unwanted byproducts.

The Nobel Prize 2022 in Physics is awarded to Alain Aspect, John Clauser and Anton Zeilinger who have conducted groundbreaking experiments using entangled quantum states, where two particles behave like a single unit even when they are separated. Their results have cleared the way for new technology based upon quantum information.

Barry Sharpless and Morten Meldal are awarded the Nobel Prize in Chemistry 2022 because they brought chemistry into the era of functionalism and laid the foundations of click chemistry. They share the prize with Carolyn Bertozzi, who took click chemistry to a new dimension and began using it to map cells.

If we talk about the Indian Nobel Prize winners, Inda has won 9 Nobel prizes till now from 1913 to 2022.  Here are the Nobel prize winners of India, Candidates can go through the list provided below to know about the Nobel laureates of India.

Ans. The Nobel Prize 2022 in Physics is awarded to Alain Aspect, John Clauser and Anton Zeilinger.

Ans. The Nobel Prize 2022 is awarded in the field of Economic Sciences, Physics, Chemistry, Physiology or Medicine, Literature, and Peace.

Ans. The Nobel Prize 2022 in Peace is awarded to Ales Bialiatski, organization Memorial and organization Center for Civil Liberties.