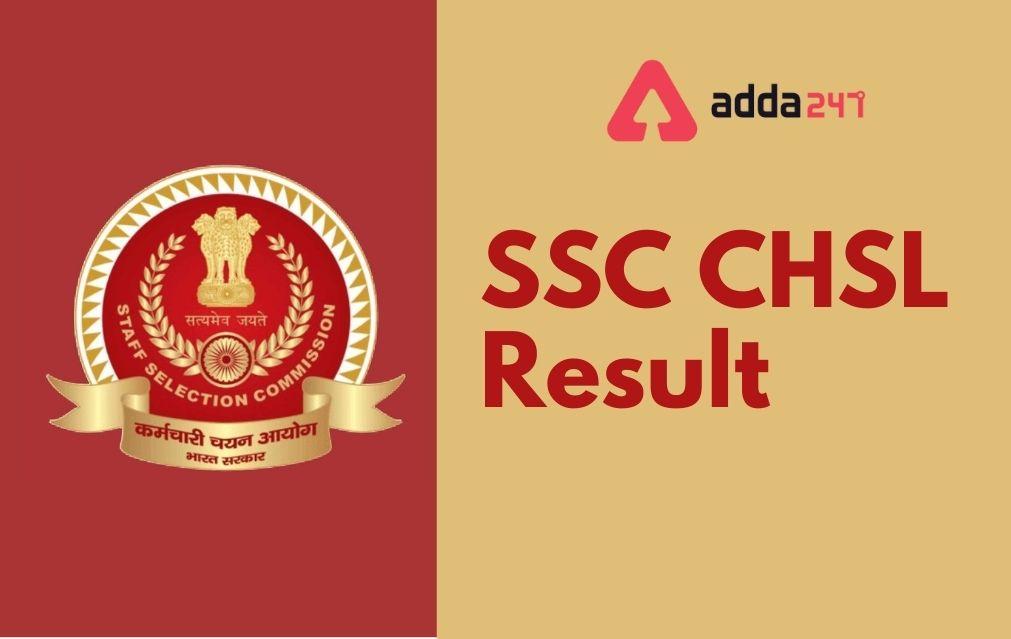 SSC CHSL Result 2021 Out: The Staff Selection Commission (SSC) scheduled the Combined Higher Secondary Level (CHSL) Tier-1 Exam 2021 from 12th April to 19th April 2021 and 04th August to 12th August 2021. SSC has released the result of the Tier-1 exam  2021 on its official website @ssc.nic.in. The SSC CHSL Result for Tier 1 has been released on 27th October 2021. The candidates qualified in the Tier-1 exam will be eligible to appear in the Tier-2 exam for which the dates will be announced soon. The candidates are advised to bookmark this page and stay tuned with us for every latest update for SSC CHSL Result 2021.

SSC CHSL Tier-1 Exam Result has been released on 27th October 2021. Check below the direct SSC CHSL Result 2021 link for which exam of SSC CHSL has been conducted from 12th April to 19th April 2021 and 4th August to 12th August 2021 in different centres. The commission has released the result after the evaluation of objections to the answer key. Candidates can check the SSC CHSL Paper 1 result by clicking on the link which is now active.

The SSC CHSL 2021 Tier 1 Result has been declared on the official website (www.ssc.nic.in) in the form of a PDF, so one should know their roll number to check the result in PDF.  Detailed Steps to check SSC CHSL Result 2021 are as follows:

Step 1: Visit the official website of the Staff Service Commission which is @ssc.nic.in or a Direct Link is available above

Step 3: Click on the tab and a PDF will open on your screen.

Step 4: Enter the command CTRL+F and search your roll number in the PDF.

The Staff Service Commission has declared the SSC CHSL Result 2021 for the recruitment of PA, SA, DEO LDC posts in various government ministries and departments.

Candidates are requested to check their marks and match them with the cut off according to their respective categories. This will be easier for the candidates to check their qualifications for the next round.

Staff Selection Commission conducts 3 Tier Examination for the candidates who have successfully passed Intermediate Examination and Completed 18 yrs of age on the date given on official notification. The candidates who made it to the merit list will be allotted a post in various ministries and Departments. Examination conducted in Three Tiers followed by Document verification.

Q 2. When was the SSC CHSL Exam Conducted?

Q 3. How to check the SSC CHSL result?

Ans. Candidates can check the SSC CHSL result from the link given in the article or from the official website directly.

Q 4. What is the selection process of SSC CHSL?

Ans. The selection is based on the three-tier exam.

Q 5. What is the Job Location after SSC CHSL selection?

Ans. The selected candidates will be posted on merit and their preferences.

Q6. How many questions will be there in SSC CHSL 2021 Tier I examination?

Ans. The aspirants will have 100 questions in SSC CHSL 2021 Tier I examination from English, General Intelligence, Quantitative Aptitude, and General Awareness. 25 questions will be asked from each of the subjects.

Ans. The difficulty level of the SSC CHSL 2021 Tier I examination was easy to moderate.