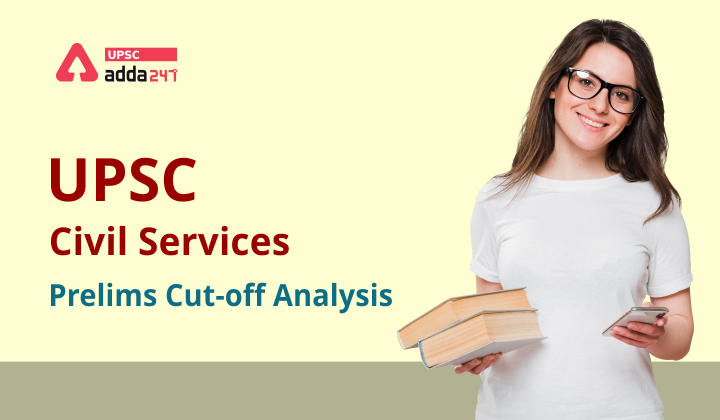 UPSC has been conduction Prelims for Civil Services Examination for a long back. We, however, would restrict our analysis to 2015. It is because the pattern of prelims changed after 2014, and Paper-II, which is referred to as CSAT, had been made qualifying in nature. 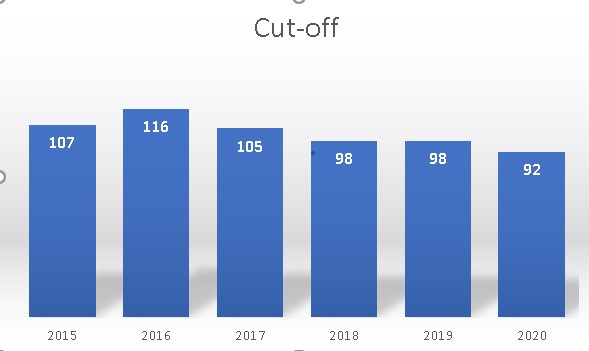 The graph above explains the trend of cut-off since last 5 years. The cut-off for the year 2020 is not available yet as the interview is still in process. It will be updated as soon as UPSC declares the same. Till then, let us analyse the reasons for this trend.

To maintain consistency, we are using the same table we have used in Prelims Trend Analysis. Have a look and let’s understand the trend year-wise. 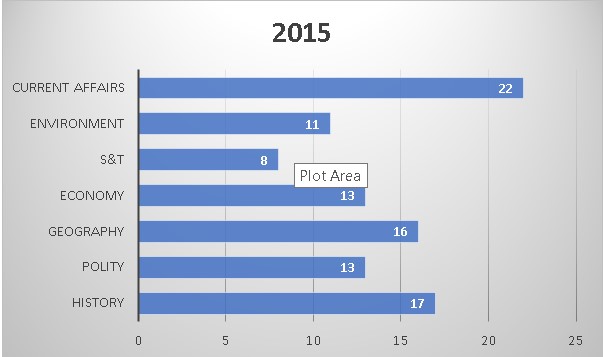 As you see from the above chart, the top three sections from where questions appeared are Current Affairs, History and Geography. This was the first year after the pattern was changed, so it is become unrealistic to understand the reason for the cut-off.  One thing, however, that could be said with certainty is that current affairs started deciding the fate of the aspirants in clearing the cut-off. 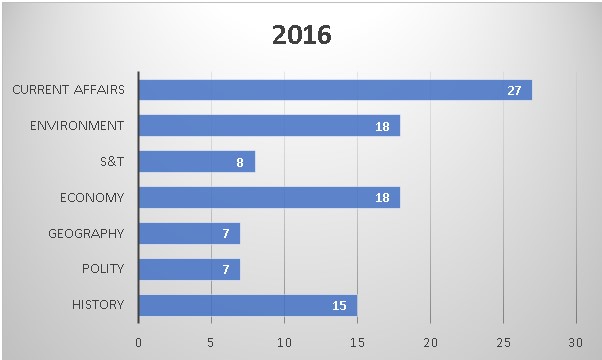 The cut-off in 2016 rose to 116 due to the reason you can infer from the previous year. Aspirants understood the importance of current affairs and hence the rise in the cut-off mark this year. The question of environment was also more factual and thus was scoring. So, the increase in cut-off was primarily due to direct questions from current affairs and factual but doable questions from the environment. 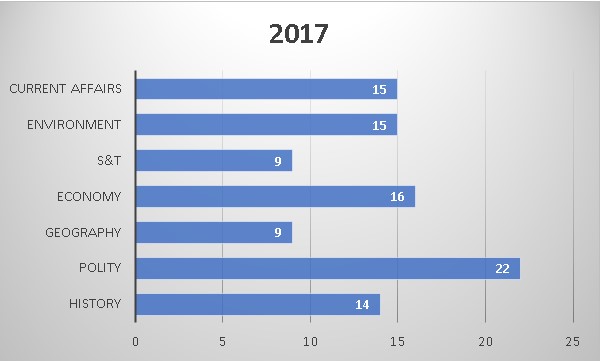 The cut-off this year decreased to 105.34 from 116 in 2016. The two reasons for such drastic decrease were: First, decrease in the number of questions from current affairs, and second, the unusual increase in the questions from the polity. Though polity is considered as a scoring section, the inclination towards concepts and a few of the controversial questions (like the right to vote is a constitutional right or legal right) made this section tougher than any of the previous years. These points got reflected in the cut-off too. 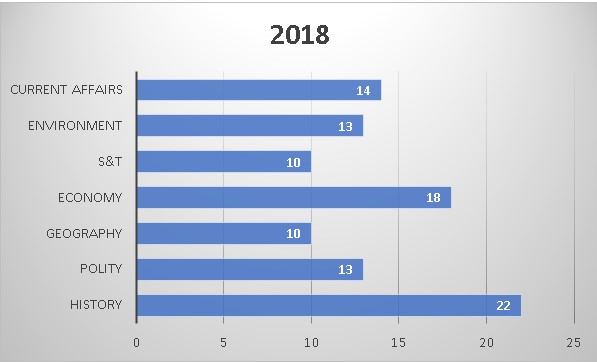 The cut-off in 2018 was further decreased to 98. With decreasing vacancies and increasing competition, this decrease is a highly unusual incidence. The reason for the reduced cut-off this year is an increase in the number of questions from the History section, with an increase in the level of difficulty. The questions from the economy also witnessed an increase, with a mix in the difficulty level of questions. The vagueness of the question paper and the ‘renewed’ reliance on the NCERTs further increased the difficulty of the question paper. 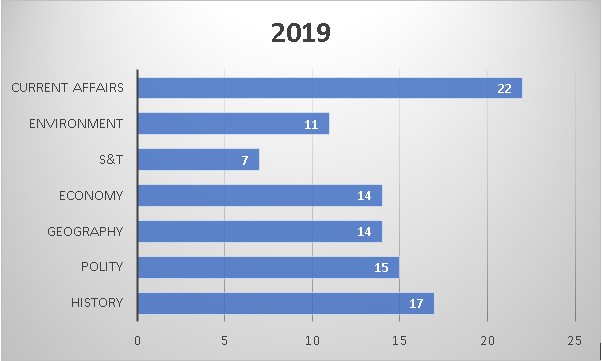 The cut-off this year remained the same as last year, which was 98. Though, the questions from current affairs increases, the cut-off did not skyrocket as in 2016. Reason? Increase in the difficulty level of questions. The questions from history were more based on NCERTs and the vague questions further affected the performance of the aspirants. 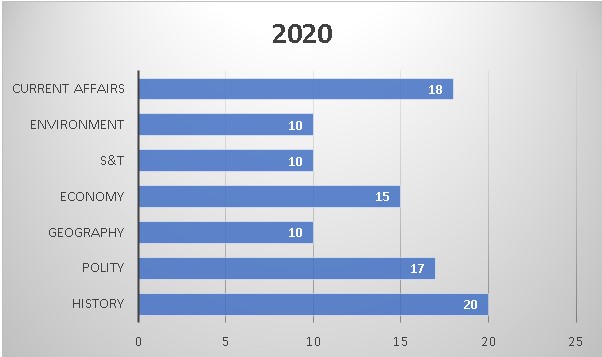 UPSC has recently released the cut-off for the CSE 2020. This year marks the lowest cut-off since the change in the pattern of examination. Reason? The weightage of current affairs was still substantial, and so was the difficulty level. The questions from History and Polity formed the major chunk of the question paper but the number of easy questions were less.

Also Read: How to prepare for prelims. Step-by-step guide for beginners.