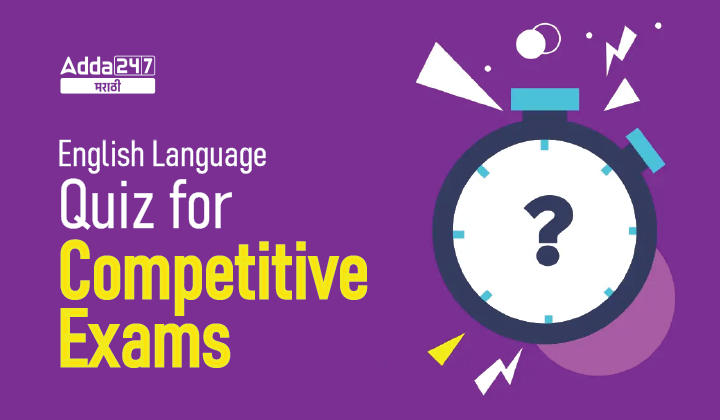 Directions (1-10): Given below are four jumbled sentences. Pick the option that gives their correct order.

(Q) Small cats are more specialized than their larger cousins in terms of resource selection.

(R) We estimated the abundance of two widespread small cats, the jungle cat, and the rusty-spotted cat, and investigated their habitat associations based on cameratrap captures from a central Indian tiger reserve.

(S) Studies on small cat population and habitat preference are critical to evaluate their status to ensure better management and conservation.

Q2. (P) Plans for an independent satellite system were announced in 2018 by the then prime minister, Theresa May to ensure national security in the event that Britain were banned from equal access to the EU programme after Brexit.

(Q) The ministers are exploring other options, which include using OneWeb, the UK satellite operator that went bankrupt in March, the Financial Times reported, citing sources.

(R) OneWeb has pledged to move its satellite production from Florida in the US to the UK if its management wins government support for its bid, according to the report.

(S) British ministers are seeking to scale back plans for a £5bn satellite navigation system that was introduced in 2018 as an alternative to the EU‘s Galileo project, it has been reported.

Q3. (P) As Delhi heads for a caseload of half a lakh and 80 percent of ICU beds are filled, the health crisis is being intensified with nurses in the capital‘s private hospitals reportedly resigning or refusing to work.

(Q) However, the plight of nurses, who have been working at the front in the battle against COVID-19, must be appreciated.

(R) Their complaints are well-known, have been repeatedly articulated and remain largely ignored.

(S) In some cases, nursing home owners are doubling upas janitors, while others are going to the police to complain that nurses are abandoning patients.

(Q) India is dependent on China for a wide array of goods, ranging from electronics to fertilisers  Made in China often helps Make in India too.

(R) Any attempt to reduce imports from China, operationalised through tariffs or other non-tariff barriers, will raise prices for Indian consumers.

(S) To begin with, boycotting Chinese products is easier said than done.

Q5. (P) It is welcome that capital markets regulator Securities and Exchange Board of India (SEBI) has eased fund raising norms for listed companies, amidst the Covid pandemic and resultant uncertainty.

(Q) The mandatory cooling-off period of six months between two QIPs has been reduced to two weeks.

(R) Further, SEBI has amended its takeover code for the financial year 2020-21, to allow promoters to raise their stakes by up to 10% without triggering an open offer.

(S) It has relaxed norms for qualified institutional placements (QIP), a rather popular route to raise fresh capital from institutional investors.

Q6. (P) As a child, you may have paid little attention to your father‘s financial hardships.

(Q) You may also be unaware about how your father intends to sustain himself through his non-working years.

(R) These are some of the conversations you need to have with your father to ascertain his financial security needed  to lead his golden years with dignity.

Q7. (P) The number of seats available on a train is limited and due to the large gap between demand and supply, ticketing is instrumental in achieving the objective of decongestion when limited services are available for such a large population.

(Q) We are a country of 130 crores with people across the social strata moving between states and cities.

(R) One of the major reasons behind the idea is to regulate the flow of people who are availing the service.

(S) We need to first understand the underlying purpose of ticketing.

Q8. (P) There have been two successful models of fighting the pandemic.

(Q) India seems to have adopted the worst combination of a macro lockdown with micro testing that was bound to fail.

(R) What is required at this stage, if we seriously want to address the twin crises, is taking a balanced position that treats both the crises equally and develops measures to address both simultaneously.

(S) One, which South Korea attempted, is mass testing, tracing and isolating without a lockdown, and the other is what China, Vietnam, or, closer home, Kerala implemented, that is, a region-specific micro level lockdown with aggressive health measures to control the spread.

Q9. (P) This meant that to affix liability, it had to be shown that the polluting party had done it deliberately; or that s/ he was rash or negligent in the way that s / he acted.

(Q) The principle of absolute liability‘ laid down by the Supreme Court in 1986, in the MC Mehta v/s Union of India decisions (popularly known as the Oleum Gas Leak Case) needs to be recounted here.

(R) For many centuries, liability in law centered around the concept of fault i.e. some form of a shortcoming in the conduct of the polluting party.

(S) Now that the incident has happened, the next logical step would be to limit damages, clean up the spill and last but not the least, establish liability.

Q10. (P) Indo–Nepal relations are in the limelight, but for the wrong reasons.

(Q) Both countries have entered into a dispute that has flared up once again over a territory that has mostly remained out of public view.

(R) From the Indian point of view, it facilitates connectivity to the China border and cuts down considerably the travel time of the Kailas–Manasarovar Yatra.

(S) On 8 May 2020, the defence minister of India inaugurated an 80-kilometre (km) road going up to the Lipulekh pass, the trijunction of India, China, and Nepal. India, for various reasons strategic, religious and trade considers this high altitude road important.

To Attempt the Quiz on APP with Timings & All India Rank, Download the app now, Click here

Sol. Here part P initiates the paragraph by saying there are maximum studies focusing on large cats but part Q says Small cats are more specialized than large cats. So we see it follows option A sequence. By putting in this sequence we get a contextually meaningful paragraph. So the correct sequence would be PQSR

Sol. Here the statement tells about British ministers planning to withdraw from the EU’s Galileo project due to brexit. It is introduced by statement S. followed by sentence Q ministers are exploring other options, which include using OneWeb. Which is followed by the R sentence that tells about OneWeb. So the correct sequence would be SQRP.

Sol. correct sequence would be PSQR

Sol. Here the paragraph says about ‗SEBI has eased fundraising norms for listed companies‘ which is told in part P. followed by S It has relaxed norms for QIP. Sentence Q further elaborate QIP and finally concluded by R sentence. So the correct sequence would be PSQR

Sol. Here the statement advised us to pay attention to father’s financial situation which is told in sentence P, followed by Q that says what is father’s plan after retirement. It is then followed by some questions that we must know and finally conclude with how we can make our fathers retirement life more cheerful. So the correct sequence would be PQSR

Sol. the statement is talking about the underlying purpose of ticketing which is said in sentence S. In sentence R we further elaborate the idea behind the ticketing, that is regulate the flow of people, next in sentence Q it says why it is important in our country. So the correct sequence would be SRQP

Sol. sentence P introduced us with the statement that there are two models to fight against COVID 19. S sentence states what are those two models. Further sentence Q says India is following the worst combination of both. So the correct sequence would be PSQR.

Sol. the whole paragraph revolves around the idea liability, Sentence S first introduced us with it. Then sentence Q tells what is absolute liability followed by sentence R that tells For many centuries, liability in law centered around the concept of  fault. So the correct sequence would be SQRP

Sol. statement is talking about recent deterioration of Indo-Nepal relations that is mentioned in sentence P, followed by Q that tells why this recent skirmish is. So the correct sequence would be PQSR.

Q1. What are the subjects for which daily quizzes are available on Adda247, Marathi?

Q2. How does a daily quiz in Marathi will help aspirants to score well in competitive exams?

Q3. Are these daily quizzes according to exam pattern?

Q4. What are the exams for which daily quizzes are helpful? 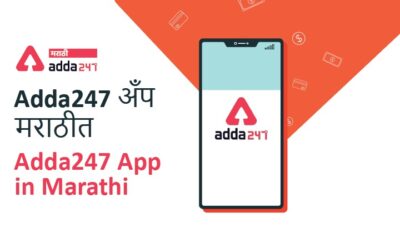 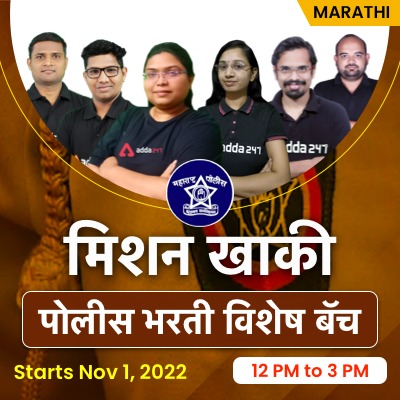 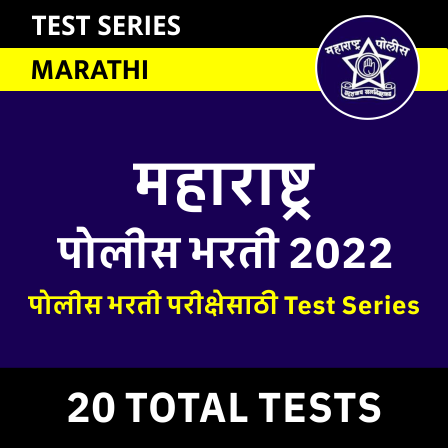 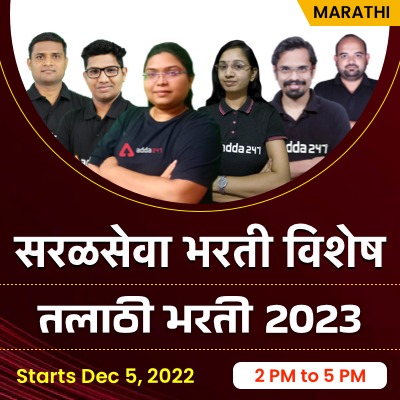 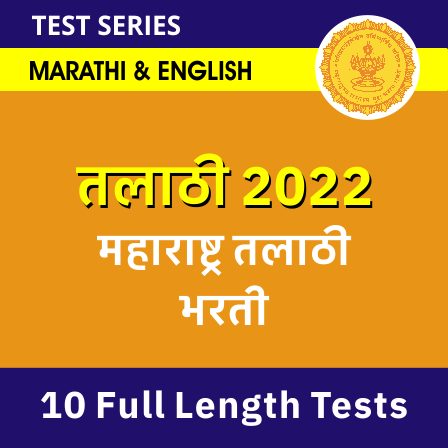 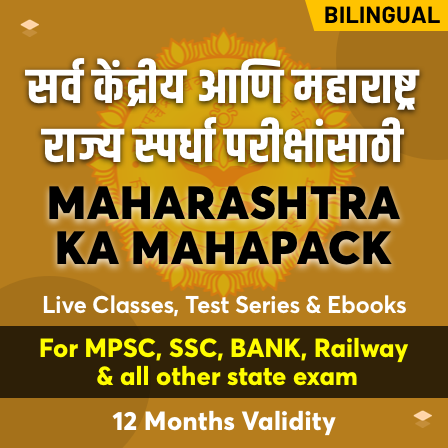 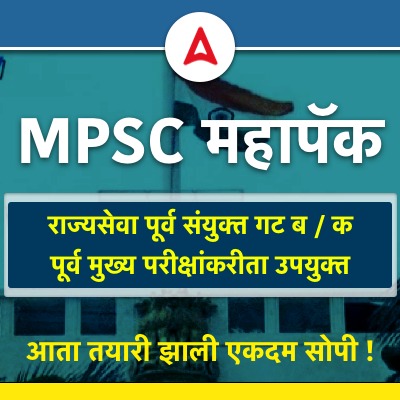 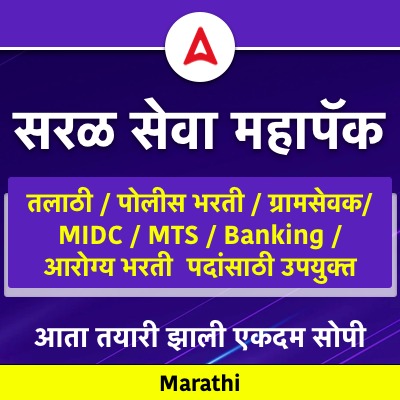 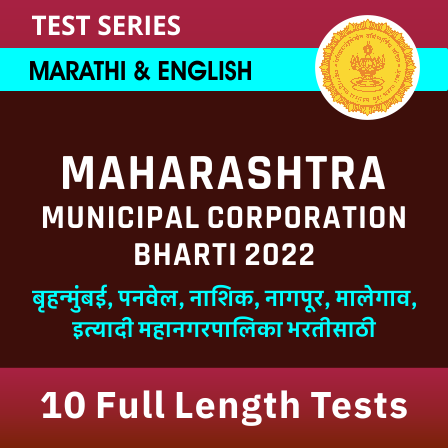 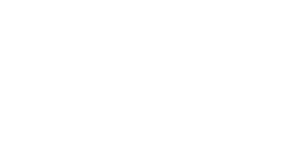