UPSC NDA 2 2021 Notification: Union Public Service Commission (UPSC) has released the official notification for the NDA 2 exam on 09th June 2021 @upsc.gov.in. The UPSC NDA II Exam will be conducted for admission to the Army, Navy and Air Force wings of the NDA for the 148th Course, and for the 110th Indian Naval Academy Course (INAC) commencing from 2nd July 2022. According to the notification, the online application process will be active from 09th June 2021 to 29th June 2021. The candidates can check the education qualification, exam pattern, syllabus and other details in the article before applying for UPSC NDA II 2021. Bookmark this page to get notified of every latest update for UPSC NDA Exam.

Update: UPSC has rescheduled the exam date to 14th November 2021, and the option to change the exam center has been provided to the candidates who have already applied. 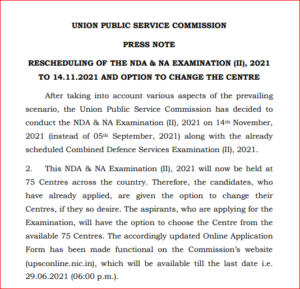 UPSC NDA 2 Notification was released on the official website on 09th June 2021 and the online registration will be active from 09th to 29th June 2021. Check important dates from the below table.

The detailed advertisement for UPSC NDA 2 Exam has been released on 09th June 2021 on its official website @upsc.gov.in against Advt No. 10/2021-NDA-II. The commission has released the notification for the recruitment of 400 vacancies for the National Defence Academy and Naval Academy (10+2 Cadet Entry Scheme) which will be recruited through the NDA/ NA 2 exam. Candidates can check all the important details they must know before applying for the 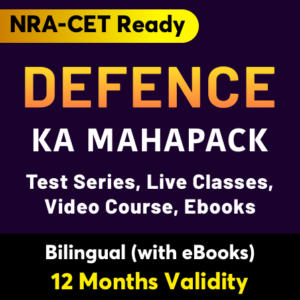 As per the notification released, a total of 400 vacancies has been announced to be recruited for FY 2021-22, out of which 370 vacancies are for National Defence Academy and 30 for Naval Academy.

The candidate must be unmarried and fulfil all the eligibility criteria set by UPSC for NDA  Exam. The Eligibility Criteria includes the following:

The Unmarried Male Candidate must be:

For Army Wing of National Defence Academy: The candidate must be 12th Class pass of the 10+2 pattern of School Education or equivalent examination conducted by a State Education Board or a University

For Air Force and Naval Wings of National Defence Academy and for the 10+2 Cadet Entry Scheme at the Indian Naval Academy: The candidate must be12th Class pass of the 10+2 pattern of School Education or equivalent with Physics and Mathematics conducted by a State Education Board or a University

Candidates who are appearing in the 12th Class under the 10+2 pattern of School Education or equivalent examination can also apply for this examination.

Only unmarried male candidates born not earlier than 02nd January 2003 and not later than 1st January 2006 are eligible (however the final dates will be released along with the notification. The DOB accepted by the Commission is that entered in the Matriculation or Secondary School Leaving Certificate or in a certificate recognised by an Indian University as equivalent to Matriculation or in an extract from a Register of Matriculates maintained by a University which must be certified by the proper authority of the University or in the Secondary School Examination or an equivalent examination certificates.

Candidates must be physically fit according to physical standards for admission to National Defence Academy and Naval Academy. A candidate who has resigned or withdrawn on disciplinary grounds from any of the training academies of the Armed Forces is not eligible to apply. They should be able to fulfill the following criteria:

The minimum height for entry into ground duty branches- 157.5 cm.

Minimum acceptable height for Gorkhas and individuals belonging to North Eastern regions of India and hilly regions of Uttarakhand- (152.5 cm).

In the case of candidates from Lakshadweep, the minimum acceptable height can be reduced by 2 cm- (155.5 cm)

UPSC NDA is an attractive opportunity for the youth of the country who wish to join defence jobs. NDA 2 2021 will be conducted in two stages:

A candidate who successfully clears both these tests and makes it to the merit list generated by UPSC with the cumulative score of the Written Exam and the SSB will be considered for final selection.

For preparing for NDA 2 exam, the candidate must be familiar with the exam pattern followed by UPSC. Complete details for the NDA 2021 exam pattern has been depicted here:

UPSC NDA 2 Syllabus will consist of two subjects: Mathematics and General Ability. Check the topics covered for both the subject below and start preparing accordingly for the upcoming UPSC NDA Exam.

UPSC NDA 2 form 2021 has been made available from 09th June 2021 to 29th June 2021 on the official website @upsc.gov.in The candidates must refer to the eligibility and check relevant details before applying for the vacancies. The direct link to fill the registration form for UPSC NDA II Exam has been provided here, the candidates are advised to apply much before the last date to avoid any technical glitch.

NDA Admit Card 2021 is expected to be out in the third or fourth week of August 2021 before the exam. The UPSC NDA II Exam has been scheduled for 05th September 2021. The Admit card will contain the necessary information about the candidate and the exam.

NDA Answer Key is released after successfully conduct the exam. Candidates may refer to the answer key for checking their answers and calculating marks.

The Result of NDA 2 2021 will be released after the written exam and the release of the answer key on the website. The result of the NDA 2 exam will be conducted on 05th September 2021, so the result will be announced after a few months.

Q 1. Can female candidates apply for the UPSC NDA 2 exam?

Ans. No, Only unmarried male candidates can apply for the UPSC NDA 2 exam.

Ans. Candidates need to apply online by going on the official website or clicking on the link given above.

Ans. No, UPSC NDA 2 application is available online only.

Q 4. How NDA exam centres are allotted by the commission?

Ans. The exam centres for NDA are allotted on a first-apply-first-allot basis.

Ans. UPSC NDA 2 exam has been rescheduled to be conducted on 14th November 2021.

Q 6. What is the application fees?

Ans. The application fee is Rs 100, while the Sons of JCOs/ NCOs/ ORs are exempted.

Q 7. What is the desired qualification for UPSC NDA 2?

Ans. The aspirant must be either appearing or passed the 12 class.

Can female candidates apply for the UPSC NDA 2 exam?

No, Only unmarried male candidates can apply for the UPSC NDA 2 exam.

How can one apply for UPSC NDA 2 exam?

Candidates need to apply online by going on the official website or clicking on the link given above.

Can we apply offline for UPSC NDA 2 exam?

No, UPSC NDA 2 application is available online only.

How NDA exam centers are allotted by the commission?

The exam centers for NDA are allotted on first-apply-first-allot basis.

When will UPSC NDA 2 exam will held?

What is the application fees?

The application fee is Rs 100, while Sons of JCOs/ NCOs/ ORs are exempted.

What is the desired qualification for UPSC NDA 2?

The aspirant must be either appearing or passed the 12 class.

What is the age limit for the UPSC NDA 2 exam?

What is the minimum percentage required for UPSC NDA 2 exam?

There is no bar on percentage for UPSC NDA 2 exam. 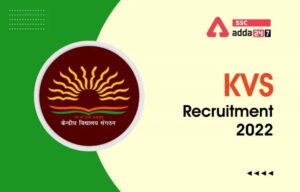