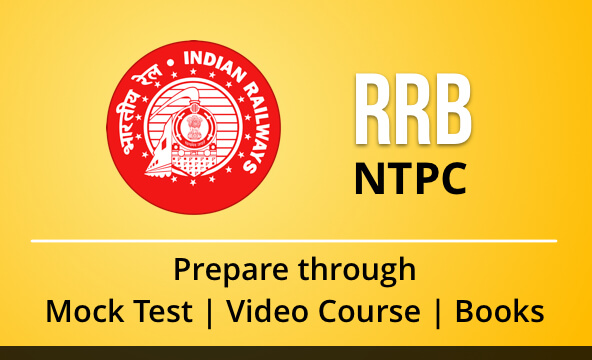 The Official Notification Pdf for RRB NTPC Recruitment 2019 has been released on 28th February 2019 by RRB (Railway Recruitment Board). Around 35,208 Vacancies have been declared for the exam. Candidates will be able to check the Official RRB NTPC 2019 Notification from link below after it has been released by RRB. Keep visiting the page to remain updated about the latest information and notices on RRB NTPC 2019 Exam.

*Out of this fee, Rs. 400/- will be refunded duly deducting bank charges, on appearing in 1st Stage CBT

**This fee of Rs. 250/- will be refunded duly deducting Bank charges as applicable on appearing for 1st Stage CBT

Under Graduate Posts with Minimum Educational Qualification of 12th (+2 Stage) or its equivalent examination and Age between 18 to 30 Years as on 01.07.2019

B. Graduate Posts with Minimum Educational Qualification of a University Degree or its equivalent and Age between 18 to 33 Years as on 01.07.2019.

Graduate Posts with Minimum Educational Qualification of a University Degree or its equivalent and Age between 18 to 33 Years as on 01.07.2019

Railway Recruitment Board has released the schedule for RRB NTPC 2019. Let's have a look at the same.

Age Limit: The minimum age of the candidates must be 18 years and the maximum age limit is 33 years as of 1st January 2019, to be eligible for the upcoming RRB NTPC 2019 Exam.

RRB NTPC 2019 will be conducted in the below mentioned steps:

There will be negative marking of 0.25 Marks for every question attempted wrong. No marks will be deducted for a question left unanswered.

The detailed Syllabus for RRB NTPC 2019 Exam is discussed below. Let's have a look at the same.

RRB NTPC Result will be declared after the examination for different levels of RRB NTPC 2019 exam has been conducted. Candidates who successfully clear the first stage of CBT will be issued the result. Similarly the candidates who clear Second Stage CBT will be issued result for the same. The final result will be declared once the entire Recruitment Process of RRB NTPC 2019 Exam has been conducted.