Railway Mock Test Series Online by Adda247 are the most reliable store to prepare for all the Railways exams. The Adda247 Railways Mock Tests Online Coaching helps and guides you in the best way to score well and ace in the Railways such as DFCCIL, RRB NTPC Exams, and so on.
Filter Results
Exams 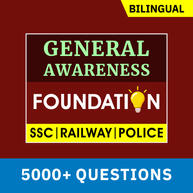 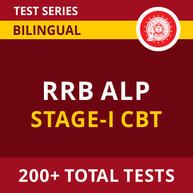 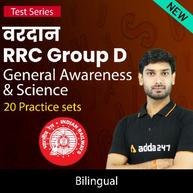 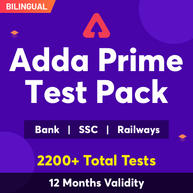 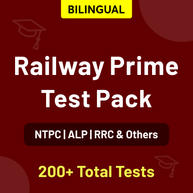 RRB Exams are held by the Railway Recruitment Board. RRB recruitment is a very competitive process that takes place every year. The official announcement for the RRB Exams recruiting for various exams soon will be released. Railway Recruitment Board conducts Railway NTPC, DFCCIL, RRB Group D, and other railway examinations giving candidates a golden opportunity to fulfill their dream of joining the prestigious Government Sector (Indian Railways) in India. Thus, to prepare you well for the Railways examination Adda247 has brought an assortment bundle of various Railways mock tests and RRB Online test series from RRB NTPC Mock test , RRB Group D mock test, to DFCCIL Mock Tests, and also at Adda247 one-to-one guidance and help during the preparation is must. Below is a briefing about the Railway exams mock test series by Adda247.

The Adda247 Railways Mock tests for RRB NTPC, RRB Group D, DFCCIL are designed by our expert faculty to train you for any question that may come forth. With the Adda247 Railways test series, you get a large number of full-length and sectional mock tests along with the video or detailed solutions answering the questions that appeared in the Railways mock test. Grab your RRB Mock test series today! Guarantee your selection in the RRB Exams 2021-22.

The features of the Adda247 Railways Mock Tests and RRB Online Test Series that makes the Adda247 mock tests for Railways better and the best online test series among all are as follows:

The popular Adda247 Mock Tests are as mentioned below: