SSC CHSL 2022 Notification: The Staff Selection Commission is one of the leading Government organizations that are responsible for employing the candidates for the service of the nation. It conducts a number of exams for the graduates, 12th Pass, and 10th Pass candidates annually. The posts for which SSC CHSL Exam is conducted include Lower Division Clerk, Junior Secretariat Assistant, Postal Assistant, Sorting Assistant, and Data Entry Operator posts. As per SSC Calendar 2022, the notification for SSC CHSL 2022 will be released on 01st February 2022. For more details including SSC CHSL Notification, Application process, eligibility, vacancies, selection process, exam pattern, and more from the article.

The candidates can have a look at the SSC CHSL highlights from the table below.

The number of vacancies for the SSC CHSL 2022 will be updated with the release of SSC CHSL 2022 Notification. Till then the candidates can check the previous year vacancies. For SSC CHSL 2019-20, 4893 vacancies were released and for 2018-19, a total of 5789 were released. The post wise vacancy is mentioned below:

All the aspiring candidates of SSC CHSL 2022 have to abide by all the Eligibility Criteria decided by the Commission.

The candidate of SSC CHSL 2022 must be a Citizen of either India or Nepal or Bhutan. If a candidate is a citizen of Nepal or Bhutan shall have a Certificate of Eligibility issued by the Government of India in favor of him/her.

(A) The basic requirement is a pass certificate in class 12th from a recognized board or university.
(B) For the post of DEO in the office of Comptroller and Auditor General of India (C&AG),
applicants must have studied science and mathematics as main subjects in Class 12th.

Note: Candidates who are appearing in their 12th standard can also apply provided they produce the educational qualification and the documentary evidence from the board/ university as of January 1st, 2022

The online registration link will be activated from 01st February 2022 on the SSC official website @ssc.nic.in. Lakhs of candidates are expected to apply online for SSC CHSL 2022 this year.

Applications fee should be paid only through SBI either in the form of challan or through SBI Net Banking or any other bank Credit/Debit Card. The Challan form will be generated online. The candidates have to pay a non-refundable Application Fee for SSC CHSL 2022as per the categories is given below:

The exam pattern of SSC CHSL 2022 is explained in the tables below. SSC CHSL 2022 comprises three Tiers. Tier-I is mainly screening exams and scoring also.

The elaborated Exam Patterns of Tier I, Tier II, and Tier III of SSC CHSL 2022 Recruitment are given in the table below. Candidates need to know every bit of exam pattern to prepare well for every section of the examination.

Note- In Tier-I, there will be a negative marking of 0.50 for each wrong answer.
After qualifying Tier-I of the SSC CHSL 2022 Examination. Candidates have to appear for Tier II and Tier III. The Exam Pattern of SSC CHSL Tier-II and Tier III and is explained in the table below.

Students must note down that Tier II is scoring and qualifying in nature while Tier III is only qualifying in nature. You have to do well in all the Tiers of the SSC CHSL Examination. Candidates can check the detailed exam pattern and Syllabus on our website by clicking on the link provided below.

SSC CHSL 2022 Tier I comprises four Sections/Subjects that are mentioned below:

The PayScale for each of the posts is tabulated below for SSC CHSL 2022.

SSC CHSL Admit card 2022 (Tier-1) will be released around a week before the exam date To download the Hall Ticket for SSC CHSL you need to have your SSC Registration no. and Password. Only after entering these two can you log in to obtain your admit card to appear for the SSC CHSL Exam 2022.

Staff Selection Commission releases cut off marks post-wise and category-wise along with the result. The candidate has to score minimum cut off marks to get qualified for the next round of the selection process. For your convenience, you can have a look at the previous year’s cut-off of the SSC CHSL Exam.

SSC will release the CHSL Answer Key after the Examination is over. The expected date is generally 10 days after the commencement of the SSC CHSL exam for different tiers.

After declaring the provisional SSC CHSL Answer Key, the SSC declares the Result in a PDF format announcing the names of the candidates shortlisted for the next phase of selection process. The SSC CHSL Result is released on the official website of SSC @ssc.nic.in & there will be no other mode of announcing the result.

In the event of a tie in scores of candidates in Tier-I + Tier-II examinations, merit will be decided by applying the following criteria, one after another, till the tie is resolved:

Q. How much percentage is required in the 12th Class for SSC CHSL.?

Ans: There is no bar on percentage, anyone who had passed the 12th class can fill the SSC CHSL Application.

Q. What is the age limit for SSC CHSL.?

Q. Is there any negative marking on the SSC CHSL examination?

Ans: Yes, 0.25 marks will be deducted for wrong answers.

Q. Is it mandatory to appear for all the tiers of the SSC CHSL exam?

Ans: Yes, candidates need to appear for all the tiers of the exam to qualify for the SSC CHSL exam. 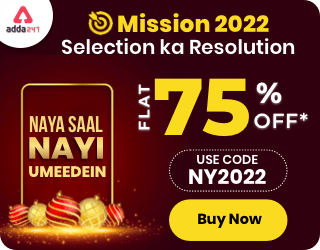