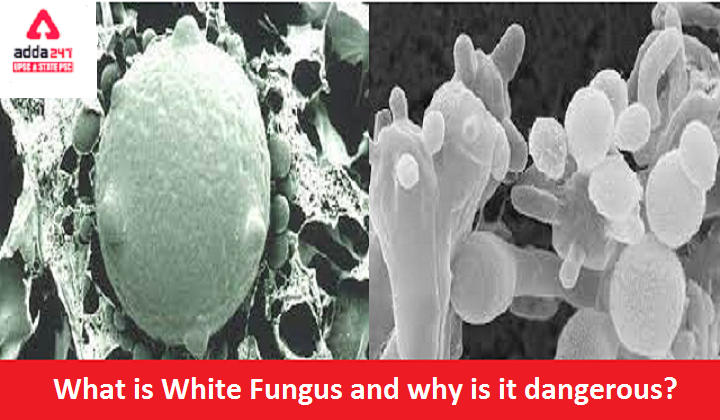 Central Government asks states to notify black fungus an epidemic. Black fungus is also known as mucormycosis. Nowadays, some cases of white fungus have been reported which is also a fungal infection.

Why is White Fungus more dangerous than black fungus?
As per experts, White Fungus is more dangerous than black fungus because it damages various parts of the body and spreads in the lungs. It also shows severe effects on the kidney, mouth, skin, and brain. Young children are also being affected by White Fungus.
According to some doctors, the white fungus also infects the lungs and an infection similar to COVID-19 is detected then HRCT is performed on the infected patient.

What is Black Fungus?

As per the Chief of Microbiology at PMHC, Dr. S. N Singh said that around four persons infected by White Fungus showed coronavirus-types of symptoms but they were not COVID-19 positive. But patient’s lungs were found infected and after tests when they were provided with anti-fungal medicines they recovered.

He further said that just like back fungus, the white fungus is also more dangerous for those who have weak immunity.

Against white fungus, cancer patients are also on alert as per doctors. It also infects children and woman as according to the doctors it is the main reason for Leucorrhoea

Dr. Singh said that it is easy to prevent the infection caused by the White Fungus by sanitising the oxygen or ventilator properly.

How White Fungus spread in the body?
As per the professor of AIIMS Dr. Kaushal Verma, the White Fungus begins from the tongue or private parts due to which it makes the tongue white. It then spreads to other organs like lungs, brains, food pipes, etc.

Why are children at greater risk of White Fungus?
The White Fungus infects children and women as per doctors and so is considered dangerous as it is the main reason for Leucorrhoea.

In fact, the disease occurs in the newborn in the form of diaper candidiasis in which cream coloured spots appear and in young children it causes oral thrust.

What is 5G, its testing and claims linked with COVID-19?