Skip to content
Home   »   Analysis of Sansad TV Discussion: The... 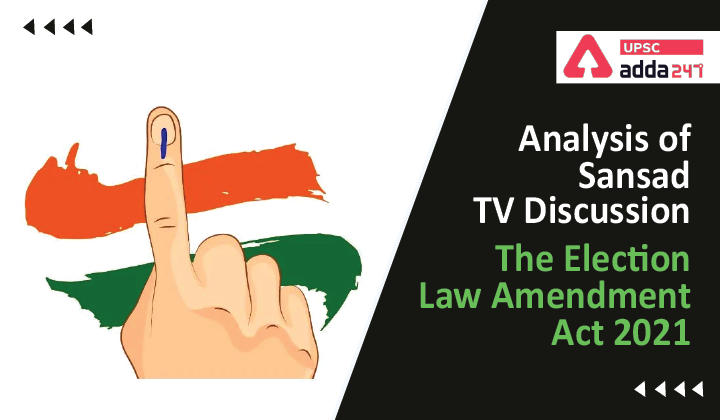 The Lok Sabha on 21 December passed The Election Laws (Amendment) Bill, 2021. Now the bill become an act. The Act seeks to link electoral roll data and voter ID cards with the Aadhaar ecosystem.

A Parliamentary Standing Committee report on demands of grants of the Law Ministry had been advocating linkage of unique Aadhaar ID Card numbers with voter I-card which would streamline alterations in EPIC during change of ordinary residence by the electors. The incidence of multiple entries could also be eliminated which is required in participative democracy.

What Changes did this Act bring?

Key Features of the Act

How Government dealt with hurdles?

Why this Act is important?