The highlights of Union Budget 2019 is very significant from the examination point of view. Questions from Union Budget are being asked in the General/Economy/Financial awareness section of almost all the examinations from the past couple of years.
Finance Minister Nirmala Sitharaman presented the maiden budget of Narendra Modi 2.0 government in Lok Sabha. It is a tight rope walk for India’s first full-time woman Finance Minister who has to contain the fiscal deficit target, and lay the roadmap for the ambitious $5-trillion-dollar economy dream of Prime Minister.

On the Urban Sector-

Over 81 lakh houses at the investment of Rs 4.83 lakh crore have been sanctioned and construction has started in about 41 lakh houses, under PMAY-Urban. More than 95% of all cities have declared themselves open defecation free.

Rashtriya Swachchta Kendra to be inaugurated at Gandhi Darshan on October 2, 2019.

Govt to support private entrepreneurs in agriculture. The Minister says the government will focus more on agricultural infrastructure.

“Ease of doing business and ease of living should apply to farmers.” She proposes zero-budget farming, as a model for farmers. “Steps such as this can help doubling farmers income.”

Zero-Budget farming is natural farming which is neither chemical-loaded nor organic with its reliance on manure.  It’s a form of gardening as a self-sustainable practice with minimum external intervention. This concept of zero budget natural farming (ZBNF) was first propagated 25 years ago by Subhash Palekar as a movement for farmers who were in debt due to the Green Revolution and is now being used by a large number of farmers across the country.

Jal Shakti Ministry was created by integrating many water management ministries. To all rural households by 2024, water will be supplied. Govt will explore additional funds for Jal Shakti by accessing the Compensatory Afforestation Fund Management and Planning Authority fund.

9.6 crore toilets have been constructed till now. More than 5.6 lakh villages have become open-defecation free. She proposes to expand Swachch Bharat to solid waste management in every village.

Over 2 crore rural Indians have been made digitally literate.

On the Rural Sector-

The Minister moves on to the rural portion of the Budget. “Gaon, Gareeb aur Kisan at the centre of all our policies.”

“All villages and almost 100% of houses have been provided with electricity.” She asssures that by 2022 every single rural family, except those who are unwilling to take the connection, will have electricity and clean cooking gas.

The Department of Fisheries will establish a fisheries management network, says the Minister. She says the government’s rural road scheme has brought about socio-economic improvements. “All-weather connectivity has now been provided to over 97% of such habitations.” 30,000 km of roads in this scheme have been built using green technology, she says.

Under phase three of PM Gram Sadak Yojana, 1.25 lakh kms of the road to be built in the next five years. Project cost estimated at over Rs 80,000 crore.

For Investments and Markets-

Investment by FIIs and FDIs in debt securities in infrastructure debt funds to be allowed.  Minimum public shareholding in listed companies can be increased from 25% to 35%, says the Minister, saying this is being considered.

A social stock exchange is proposed, for social and voluntary organisations, to raise capital, equity and debt.

“100% FDI for insurance intermediaries. Local sourcing norms to be eased for FDI in single-brand retail.”

Global Investors Meet to happen in India. Limit on FPI in a company increased to 24%. NRI investment in Indian capital markets is comparatively less. NRI investment to merged with FPIs.

She then goes on to cite the government’s transport infrastructure schemes such as Sagar Mala, UDAN etc. “This government has given a massive push to all forms of physical connectivity. The time is right for India to enter into aircraft financing, critical for a self-reliant aviation industry.”

“Government will do a restructuring of the national highway programme. In the second phase of Bharat Mala, States will be helped to develop State highways.”

“Recommendations of high-level committee on retiring old power plants, and addressing the under-utlilisation of power plants will be taken up now. A package for power sector tariffs and reforms will be announced soon.”

The Minister proposes a modern tenancy law. Loans of upto Rs. 1 crore to be given to MSMEs for ease of access.

Government will create a payment platform for MSMEs to enable them to pay bills, and save time. The Government will extend pension benefits to 3 crore retail traders and shopkeepers who have a revenue of less than Rs. 1.5 crore. This will be called the PM Karam Yogi Maan Dhan scheme.

She cites the new National Education Policy. National Research Foundation to assimilate all research grants given by different ministries independent of each other.

Massive Open Online Courses through SWAYAM has been successful. She proposes the programme Study in India to bring in foreign students.

Draft legislation for setting up of Higher Education Commission will be presented later this year. 10 million youth to take up industry-relevant skill training under the Kaushal Vikas Yojana.

Multiple labour laws to be streamlined into four labour codes.

Propose to start a TV channel, within DD’s boquet of channel, just for start-ups.”

On Ease of Living-

This government aims to bring greater ease of living in the lives of its citizens.

35 crore LED bulbs have been distributed through Ujala Yojana, leading to a cost-saving of Rs.18,341 crore annually. India is going to be free of incandescent bulbs.

A massive programme for railway station modernization to be launched.

TDS of 2% on cash withdrawals exceeding Rs.1 crore in a year from bank accounts, to discourage business payments in cash.

No charges or merchant discount rates shall be imposed on customers or the merchants. RBI and banks will absorb these costs.

Those in the highest income brackets will have to pay more surcharge for those in the Rs. 2-5 crore, and Rs. 5 crore and above, increasing the effective tax rate by 3% and 7% respectively.

17 taxes and 13 cesses became one tax under GST. In the initial phase, GST witnessed teething problems, and the Centre and States worked to make it better.

Relief of above Rs. 92,000 crore per year has been given. GST to be further simplified to a single monthly return.

The Minister reads out various exemptions under customs duty. Defence products not manufactured in India are exempt from basic customs duty.

Proposed to increase custom duty on gold and other precious metals from 10 % to 12.5%.

The Finance Bill is introduced. 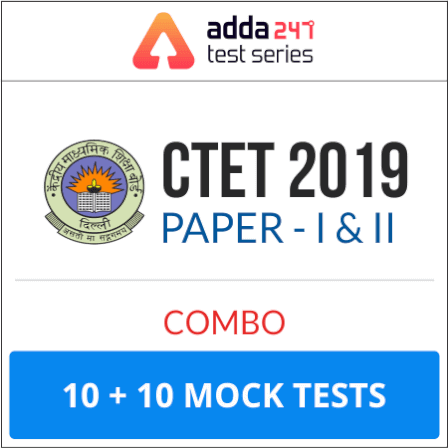