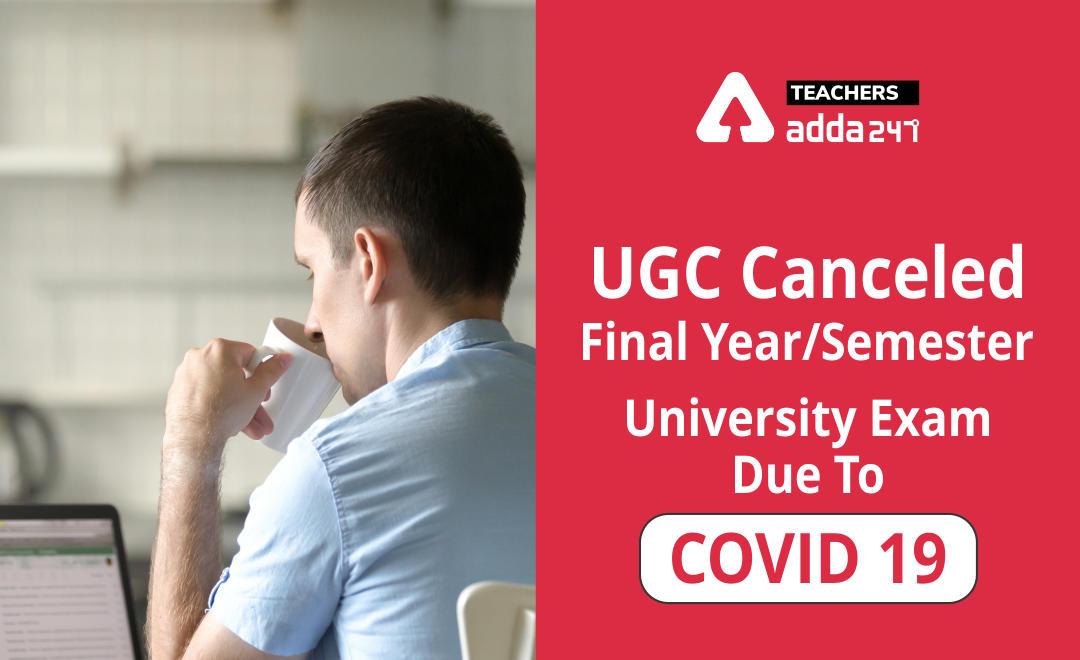 As per the latest reports, The UGC has been considering canceling of the final year exams and semester exams in colleges and universities. The thought of scrapping the examination might come in action in the coming days as the cases of Coronavirus are increasing all around the nation. This information is passed by a senior official at the Ministry of Human Resource Development. A further delay in the commencement of the upcoming sessions and maybe pushed to October 2020, only if the cases are in control. The formal announcement for this decision would be declared officially within the next few days after observing every aspect.

Earlier, the Commission had canceled the intermediate exams but the final year/semester exams were supposed to be conducted. However, in the fresh guidelines, the students will be graded according to their previous session grade or internal assessments as per the sources of the Ministry of Human Resource Development. All these changes in the previous guidelines are discussed on the advice of Minister Ramesh Pokhriyal Nishank after seeing the inability of many institutes to conduct the examinations due to the COVID-19 pandemic.

Four states in India have already canceled the examinations including the final year due to the increasing cases of Coronavirus and these are Haryana, Madhya Pradesh, Odisha, and Maharashtra. The students have flooded the internet with the request of canceling the examination or postponing it till the COVID-19 situation comes under control.

In the panel that was held in the month of April, it was decided that the 12th and final year examination would be held in the month of July, however other classes would be promoted on the basis of their previous year performances. The commencement of the new session was supposed to begin on August 1 for the second and third year whereas September 1 for first-year students. However, these dates are further shifted to October due to the coronavirus effect and may even extend if the condition remains the same until October.

UGC has been regulating around 945 universities across the country in which the number for State Universities is 412 and Central Universities are 53. The educational institutes were closed at the beginning of the pandemic effect at the end of March month although the colleges and universities were told to continue the classes on the online platform and spread the importance of distance learning.

As the cases are still increasing day-by-day so the educational system has been put on hold to safeguard the spread of the virus and for the same, the examinations are thought to be canceled in this academic year.

Recently,Central Board of Secondary Education (CBSE) has announced to cancel the 10th Board examination. The Class 12th students will get an option to appear in the exams or take assessment based on past three exams. CBSE had also decided to postponed CTET examination conducted for the recruitment of teachers across India.