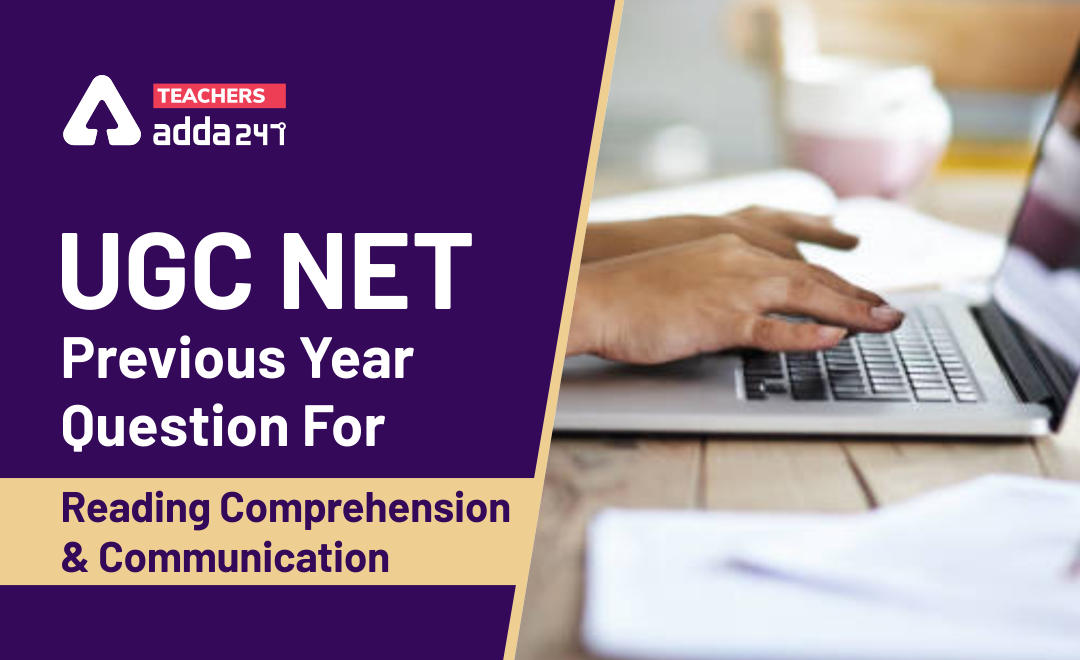 Here we are going to provide you quizzes related to UGC NET syllabus which contains mainly flowing topics i.e. Reading Comprehension and Communication.

The last Great War, which nearly shook the foundations of the modern world, had little impact on Indian literature beyond aggravating the popular revulsions against violence and adding to growing disillusionment with the ‘humane pretensions’ of the Western World. This was eloquently voiced in Tagore’s poems and his last testament, ‘Crisis in Civilization’. The Indian intelligentsia was in a state of moral dilemma. On the one hand, it could not help sympathizing with the England’s dogged courage in the hour of peril, with the Russians fighting with their backs on the wall against ruthless Nazi hordes, and with the China groaning under the heel of Japanese militarism. On the other hand, their own country was practically under the military occupation of their own soil and the Indian army under Subhas Bose was trying from the opposite camp to liberate their country. No creative impulse could issue from such confusion of loyalties. One would imagine that the achievement of Indian independence in 1947, which came in the wake of the Allies victory and was followed by collapse of colonialism in the neighboring countries of South East Asia, would have released an upsurge of the creative energy. To doubt it did, but it was soon submerged in the great agony of partition with the inhuman slaughter of innocents and the uprooting of the millions of the people from their homeland followed by the martyrdom of Mahatma Gandhi. These tragedies along with Pakistan’s invasion of Kashmir and its later atrocities in Bangladesh did indeed provoke a pregnant writing, particularly in the languages of the regions most affected, Bengali, Hindi, Kashmiri, Punjabi, Sindhi and Urdu. Both poignant or passionate writing does not by itself make great literature. What reserves of enthusiasm and confidence served these disasters have been mainly absorbed in the task of national reconstruction and economic development. Great literature has always emerged out of chains of convulsions. Indian literature is richer today in terms of volume, range and variety than it ever was in the past.

Q1. What was the impact of the last Great War on Indian literature?
(a) It had no impact.
(b) It aggravated popular revulsion against violence.
(c) It shook the foundations of literature.
(d) It offered eloquent support to the Western World.

Q2. What did Tagore articulate in his last testament?
(a) Offered support to Subhas Bose.
(b) Exposed the humane pretensions of the Western World.
(c) Expressed loyalty to England.
(d) Encouraged the liberation of countries.

Q3. What was the stance of Indian intelligentsia during the period of Great War?
(a) Indifference to Russia’s plight.
(b) They favored Japanese militarism.
(c) They prompted creativity out of confused loyalties.
(d) They expressed sympathy for England’s dogged courage.
Q4. Identify the factor responsible for the submergence creative energy in Indian literature.
(a) Military occupation of one’s own soil.
(b) Resistance to colonial occupation.
(c) Great agony of partition.
(d) Victory of allies.

Q5. What was the aftermath that survived tragedies in Kashmir and Bangladesh?
(a) Suspicion of other countries
(b) Continuance of rivalry
(c) Menace of war
(d) National reconstruction
Q6. The passage has the message that
(a) Disasters are inevitable.
(b) Great literature emerges out of chains of convulsions.
(c) Indian literature does not have a marked landscape.
(d) Literature has no relation with war and independence.

How to Crack UGC NET While Working?
Solutions

S1. Ans.(b)
Sol. According to the first few lines of the passage, “The last great war, which nearly shook the foundations of the modern world, had little impact on Indian literature beyond aggravating the popular revulsion against violence and adding to the growing disillusionment with the ‘humane pretensions’ of the Western World.” This means that the last Great War heightened the disgust against violence.

S2. Ans.(b)
Sol. Tagore, in his last testament, articulated that the ‘humane pretensions’ of the Western World had been exposed.

S3. Ans.(d)
Sol. According to the passage during the period of Great War, the human intelligentsia “could not help sympathizing with England’s dogged courage in the hour of peril.” This means that they expressed sympathy towards England’s courage during tough times.

S4. Ans.(c)
Sol. According to the given passage, “No doubt creative energy in Indian Literature did, but unfortunately it was soon submerged in the great agony of partition, with its inhuman slaughter of the innocents.” Thus, the great agony of partition was responsible for the submergence of creative energy in Indian literature.

S5. Ans.(d)
Sol. According to the latter half of the passage, “What reserves of enthusiasm and confidence survived these disasters (partition) have been mainly absorbed in the task of national reconstruction and economic development.” Thus, option d is the correct answer.

S7. Ans.(d)
Sol. Effective communication presupposes or requires as a pre-condition, an understanding between communicator and receiver. The state of being non-aligned or ‘not sharing a current reality’ is not a pre-condition because alignment can either hinder or promote communication depending on the goals. Passivity as well as domination hampers communication.

S8. Ans.(c)
Sol. Communication is effective when verbal and non-verbal messages are complementary rather than contradictory to each other. As non-verbal communication is instinctive, people connect it with the communicator’s reality and hence tend to find it more believable, in consonance with the saying, ‘Actions speak louder than words.’

S9. Ans.(c)
Sol. Something factual is real. It is based in fact, meaning it can be proven, repeated or observed. In fact, fact is the root of the word factual, from the Latin word factum, meaning “event, occurrence.” The factual part of a story is the part that really happened the rests gets more outlandish and make-up every time someone tells it. Evidence makes something factual.

S10. Ans.(b)
Sol. Expressive communication refers to encoding of a message to the decoder to make something in progress. Expressive language includes making requests, giving information or command, and so on; hence, it cannot be passive. Individuals with language disorders and those who lack expressive language skills suffer frustration of not being able to get across and it reflects in behavior which any is one of passive aggression. This phenomenon is observed in toddlers, too. They get irritable and throw tantrums when they are unable to express what they want, or how they feel.
What one expresses flow from one’s mind; so, external slues do not drive it. It does not depend on the equation between the encoder and the decoder.

S11. Ans.(d)
Sol. When classroom communication is positive, students are influenced and persuaded to learn willingly and need not be coerced into the desired action. Positive communication instills confidence in them to shed their inhibitions and speak their mind. This scenario makes learners interactive rather than submissive and there’s hardly any confrontation as each one enjoys freedom of expression.

S12. Ans.(a)
Sol. The central hypothesis of social identity theory is that group members of an in-group will seek to find negative aspects of an out-group, thus enhancing their self-image. Classroom communication infuses the social identity of belonging to a class and discriminating against those belonging to another. External inanities and biased passivity in individuals result from a variety of factors. Groups can be formed on any of wide variety of bases like classmates, playmates, neighbors, colleagues, and so on. So, group aggression is not always based on classroom communication.