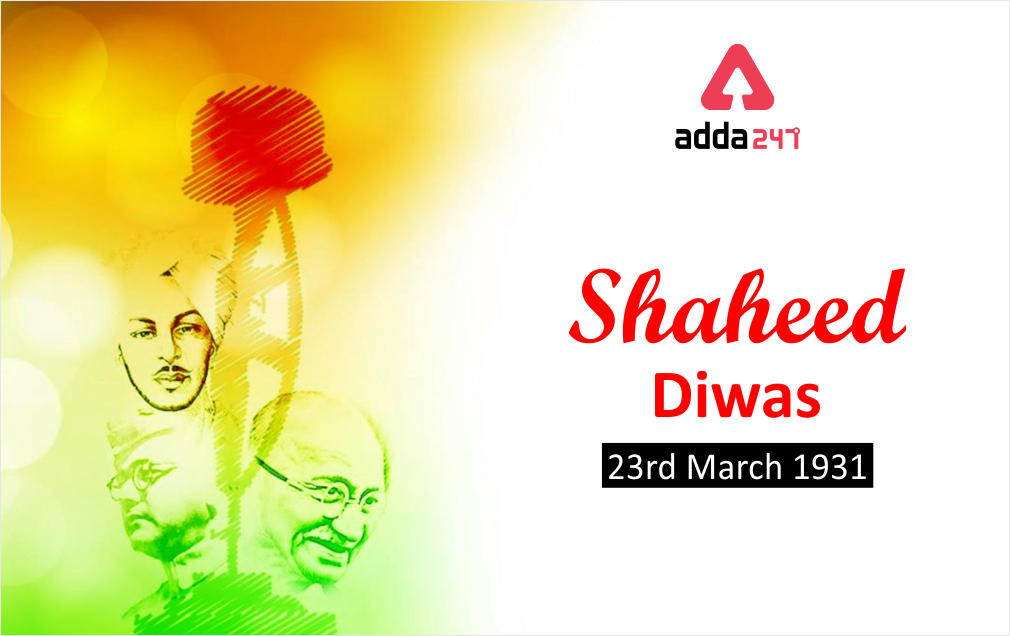 Every year, on March 23, Martyr’s Day or Shaheed Diwas is observed in memory of three freedom fighters, who sacrificed their lives for the country, Bhagat Singh, Rajguru, and Sukhdev. Every Indian is proud that these three great men belong to our land.
Born on September 28, 1907 in Punjab in British India, Bhagat Singh is a well-known freedom fighter who was a revolutionary socialist and played a crucial role during the Indian freedom struggle. Sukhdev was  Born on May 15, 1907 in Ludhiana’s Naughara Mohalla to Ramlal Thapar and Ralli Devi and Rajguru was born on August 24, 1908, into the middle-class family at Khed in Pune district of Maharashtra. All of them grew up witnessing the injustice and exploitation the British Raj continually wrought upon India. These three are best remembered for there involvement in the Lahore Conspiracy Case of 18 December 1928.  They were hanged till death on March 23, 1931, in Lahore jail by the colonial British.
“Sarfaroshi ki tamanna ab hamare dil mein hai
Dekhna hai zor kitna baazu-e-qaatil mein hai
Karta nahin kyun doosra kuch baat-cheet
Dekhta hun main jise woh chup teri mehfil mein hai
Aye shaheed-e-mulk-o-millat main tere oopar nisaar
Ab teri himmat ka charcha ghair ki mehfil mein hai
Sarfaroshi ki tamanna ab hamaare dil mein hai”

The martyrdom of Bhagat Singh, Rajguru and Sukhdev was a watershed moment in our history. The trio fought for the freedom of India from the colonial rulers and sacrificed their lives. At the peak of their youth they sacrificed their lives so that others can live a life of freedom and dignity. On the day of their execution, they smilingly went with just uttering the slogan ‘Inqilab Zindabad’. It was their sacrifice that motivated other freedom fighters to relentlessly persuade the movement which finally resulted in Indian Independence.

They were the great freedom fighters of our nation and their sacrifices led to the freedom of our nation. Its because of them that we are able to survive in free India. No Indian can ever forget there sacrifice and they will always be the heroes of our country. We remember the beautiful lines by Ram Prasad Bismil that thrusts immense patriotism in our blood.
The patriot’s blood is the seed of Freedom’s tree

you will live forever heroes!