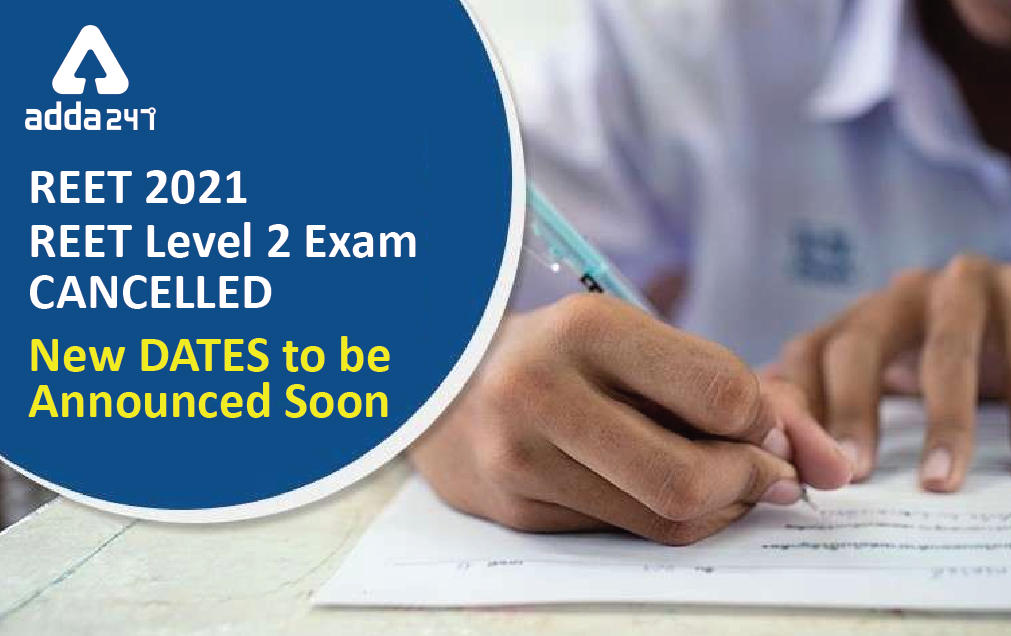 The Rajasthan Eligibility Entrance for Teachers (REET) 2021 examination has been cancelled by the Rajasthan Government on 7th February 2022. Admit the paper leak accusation, CM Ashok Gehlot has announced the cancellation of REET Level 2 Paper of examination 2021. CM also announced that the REET Level 2 examination will be held again. Now, the official regarding the same has been released by the officials. The details of the new exam dates will be released later.

30000 more vacancies for REET have been announced. CM tweeted that the recruitment will be conducted for a total of 62000 vacancies for both Levels under REET. CM also assured the youths that the government will take adequate measures to nab and bring those responsible for the paper leak to justice. According to the tweet, the recruitment process for REET Level 1 will continue as scheduled. 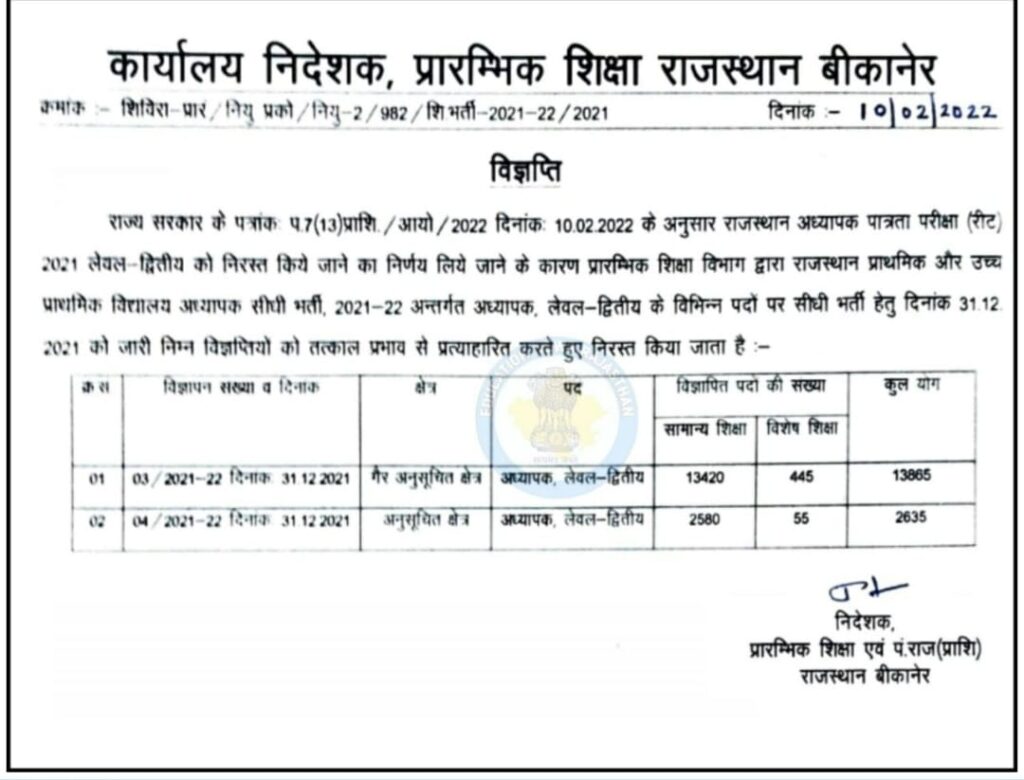 The REET examination 2021 was held on 26th September 2021. Right after the examination, a gang of 5 people was arrested under the charges of cheating in REET exams. Subsequently, a cheating racket was uncovered by the Rajasthan Police. The REET paper leak case led to the agitation of candidates who appeared in the REET exam 2021. The opposition party leaders had been protesting at Jaipur against the paper leak issue and have been demanding a CBI investigation.

The Special Operation Group (SOG) has been investigating the matter and to date, they have made a total of 36 arrests in connection to the paper leak. Including the 36 people, SOG has arrested REET Jaipur District Coordinator Pradeep Parashar in connection with the REET paper leak case. Earlier, on 29th January 2022, the chairman of Rajasthan Board of Secondary Education, Ajmer, D P Jaroli has been sacked by the Rajasthan CM for the same.

Approximately, 24 lakh candidates had appeared in the REET examination 2021. Now, the candidates will have to wait for further development and see how things unfold in the future.