Reasoning Questions For DSSSB Exam:
The reasoning is the most scoring section in any competitive exam. It also develops or nourishes our critical thinking skills as compared to other subjects. In DSSSB, KVS, APS Exam as a student to score well in this part, you have to start your preparation now because there is negative marking as well. The more you have prepared, the better you score.

Q1. Food is related to Hunger in the same way as Medicine is related to:
(a) Disease
(b) Miracle
(c) Growth
(d) Drought

Q8. Pointing towards a boy, a girl says, “He is the only son of my mother’s brother”. How is the girl related to the boy?
(a) Grandmother
(b) Mother
(c) Cousin
(d) Aunt

Q10. Find the number of triangles in the figure

S4. Ans.(d)
Sol. Each consonant in the word is moved one step forward to obtain the corresponding letter of the code, while the vowels remain unchanged. 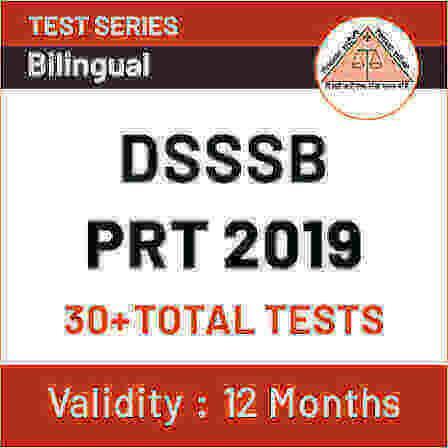