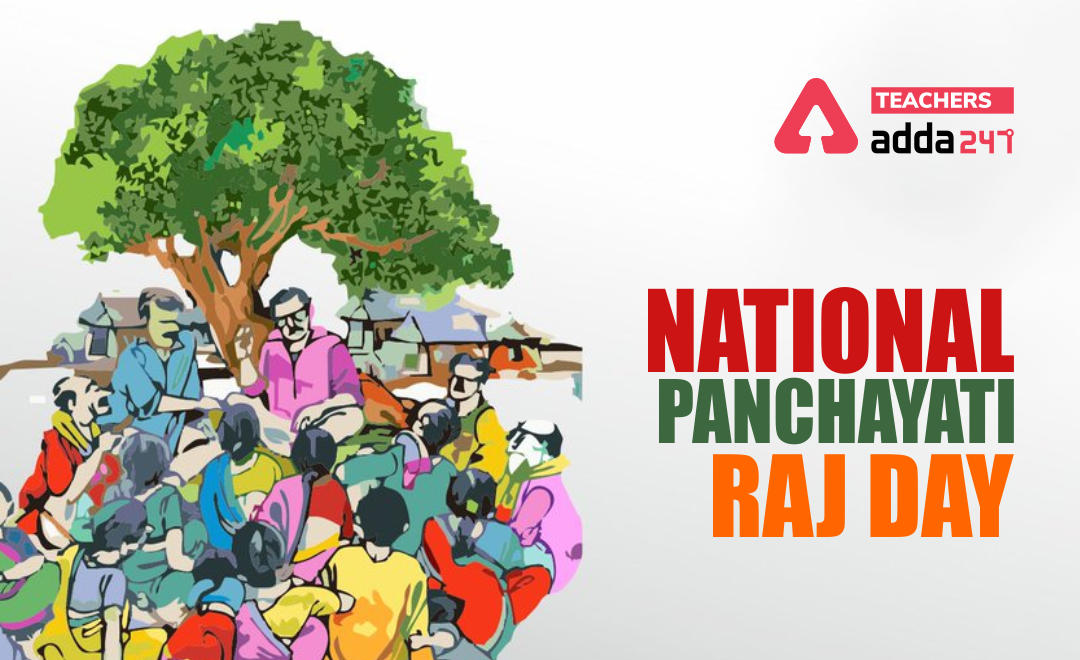 Every year on 24 April, National Panchayati Raj is celebrated which is the defining moment for the history of decentralized powers to the grassroots as the 73rd amendment of the Constitution came into force on this special day. Panchayati Raj has been present in India for a long time. In 1992 a major change in the Panchayat system of India came in the form of the passage of the Panchayati Raj Act (73rd Amendment). The act came into existence with effect from April 24, 1993. The impact that the 73rd amendment made is very transparent and has made changes in the power equations with the time.

The Panchayati Raj got first adopted in the village of Nagaur District of Rajasthan. For the first time, it was established on 2 October 1959, but Andhra Pradesh was first to start it. But in 1993, finally, the Panchayati Raj got constitutional status. The amendment was later extended to eight other states including Gujarat, Andhra Pradesh, Maharashtra, Himachal Pradesh, Odisha, and Rajasthan by 1996.

Usually, the day 24 April is celebrated as the grand event on a large scale and held outside Delhi. Every year, the Panchayati Raj receives an award for the best performing states, Panchayats, and UTs in the whole country. It is encouraged to work in a better way than last year with the best delivery of goods and services. According to the Amendment, a state that has more than 2 million population can adopt the Panchayati Raj. They can hold Panchayat elections, along with the proper reservation for the SCs, STs, and women.

According to the Amendment, the Sarpanch of the village will be the head, and the elections are held every five years. Gram Sabha conducts these elections in the villages.

For the income sources, taxes collected from the people for using various resources including religious places, water, temples, and the markets. Also, they receive a fixed grant from their head government that is the state government for the land revenue and the money for work as assigned to the Parishads. Also, the members of Panchayat Raj collect various donations.

The most significant aspect of National Panchayati Raj day is the modification of political power in the hands of ordinary people. In today’s time, every block, village, and district has a separate Chief Minister to control the supervision of a particular territory.

The three tiers of the Panchayat system aim towards effective implementation plus coordination of various rural activities. There are around 2.54 lakh Panchayats in India out of which 595 are district Panchayats, 6283 are block Panchayats, and 2.47 lakh gram Panchayats. It is the responsibility of Panchayati Raj to undertake social as well as physical infrastructure projects in villages.

Today PM Narendra Modi inaugurated a unified e-GramSwaraj Portal and mobile application on the occasion. The portal is a new initiative of the Panchayati Raj Ministry to provide all the gram panchayats with one single interface to prepare and implement their gram panchayat development plan (GPDP).

The Prime Minister also launched the Swamitva Scheme on the occasion, which will provide an integrated property validation solution for rural India. The scheme is expected to boost the government’s efforts to alleviate poverty in rural areas.

To mark the occasion, every year the Ministry of Panchayati Raj has been awarding the best-performing panchayats, states and Union Territories under the Incentivisation of Panchayats in recognition of their good work for improving delivery of services and public goods.