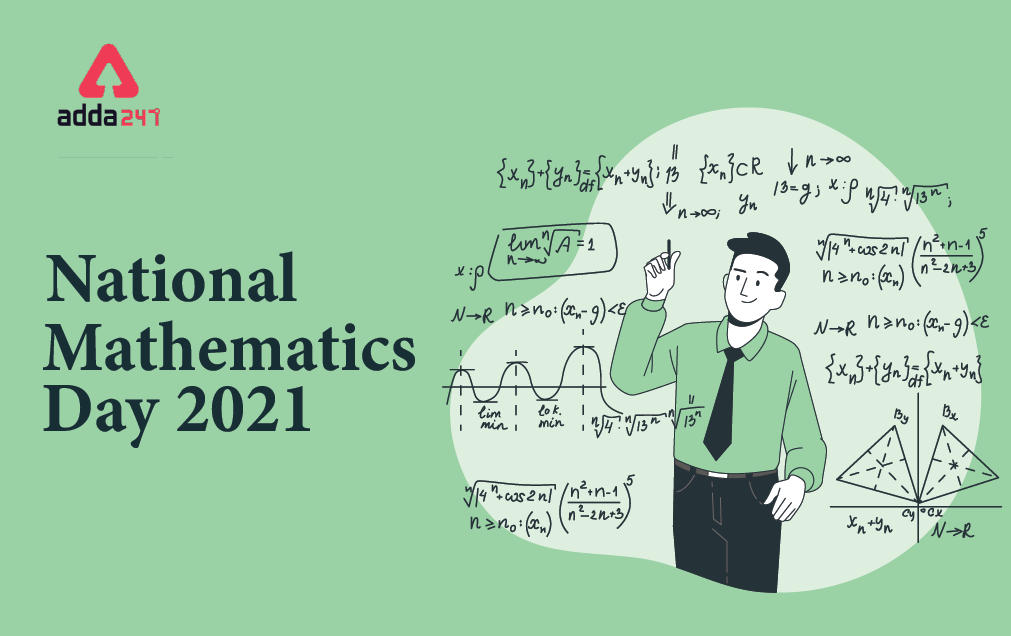 The National Mathematics Day is celebrated on the 22nd December in India in honour of the Legendary Srinivasa Ramanujan. As he was born on 22nd December in 1887, Former Primer Minister Manmohan Singh declared 22nd December as the National Mathematics Day to commemorate his birth anniversary. Ramanujan was a personification of zeal and devotion as he devoted his life to mathematics. This day is celebrated to embrace the importance and significance of Mathematics in our lives and seek inspiration within when it comes to self-learning, dedication and rational thinking. This year, we are celebrating the 134th Birth Anniversary of the revered Srinivas Ramanujan.

Who is Ramanujan? (National Mathematics Day 2021)

Srinivas Ramanujan was in Erode, Tamil Nadu in a Tamil Brahmin Iyenger family. Since his early years, Ramujuan could solve algebra trigonometry, and other mathematics problems easily and without much hassle. In 1903, he started studying at the Government College in Kumbakonam. However, due to his negligence and indifference towards the non-mathematical subjects, he failed in exams. Consequently, discontinuing formal education. However, his love and devotion for mathematics never faded away. He would still practice mathematics in his personal capacity.

In 1912, he started working in the Madras Port Trust as a clerk. One of his colleagues, also a mathematician, recognised his talent and eventually, referred his work to the G.H. Hardy of trinity College, Cambridge University.

Shortly before the Commencement of World War I, Ramanujan joined Trinity College. He received the Bachelor of Science (BSc) degree in 1916 and by 1917 he was elected to the Mathematical Society. By the next year, in 1918, he was elected a Fellow of the Royal Society for his extensive research on Elliptic Function and Theory of Number. He became the first Indian to be elected as the Fellow of the Trinity College in the same year.

Unfortunately, he died in 1919, after his return to India due to a prolonged illness. He was only 32 years old at the time of his demise.

Significance of The National Mathematics Day 2021

National Mathematics day is celebrated in India every year to honour the brilliance and path-breaking contribution of Ramanujan in the field of Mathematics. He was such a genius that he discovered his own theorems. In his lifetime, he independently compiled 3900 results. Mathematicians across the world are still working on these theorems and trying to find the results of their solved theorems. In 2019, the Royal Society tweeted a special message in remembrance of Ramanujan’s contribution.