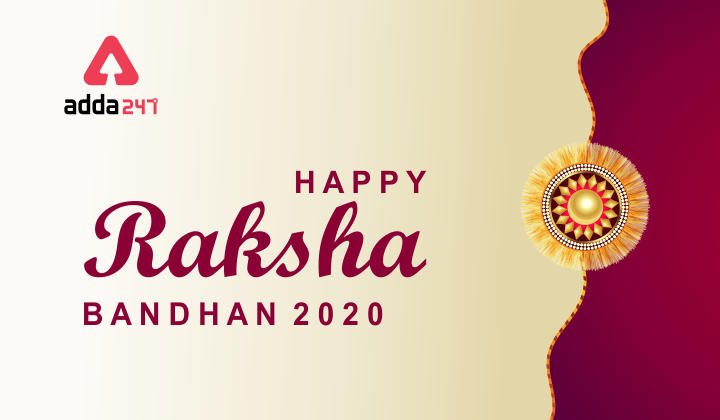 Raksha Bandhan or Rakhi Purnima is an extremely pious celebration that marks a day celebrating the relationship and bond between a brother and sister. As per the Hindu culture and rituals, Raksha Bandhan is an important festival and is celebrated each year on the last full moon of the month of Shravan. Not just India, the festival is celebrated in Nepal and other parts and also other parts of the world where Hindus are staying. The day most commonly falls in the month of August and this year too it is being celebrated on 3rd August 2020.

Why is Raksha Bandhan Celebrated?

The festival of Raksha Bandhan is celebrated so that the love and respect between the brother and sister remain always. Also, it loads both of them with the responsibility of protecting each other at times of crisis of any problem.

There have been different instances in history stating the significance of Raksha Bandhan. As per the epic Mahabharata, when Draupadi was brought in the court after Pandavas lost her in the game of dice to Kaurava, it was Lord Krishna was protected her. It is said that once Lord Krishna got hurt in his finger due to the Sudarshan chakra after which Draupadi tore a piece of cloth from her saree and tied it on his finger. This piece of cloth is symbolized as a Rakhi and Lord Krishna protected her sister Draupadi in return.

Similarly, during the Mughal Empire in India, Rani Karnavti who was the wife of the dead King of Chittor sent a Rakhi to Emperor Humayun when Bahadur Shah, the Sultan of Gujrat attacked Chittor. Getting the rakhi, Emperor Humayun immediately took is troop towards Chittor to protect his sister Rani Karnavati and her empire.

All these instances show that it does not matter if the brother and sister are bonded by blood relation or not. The feeling should be in each other heart and this makes the relationship strong.

How is Raksha Bandhan Celebrated?

The festival of Raksha Bandhan is celebrated in a very special way where the sisters stay hungry till the time they have not tied an amulet called the rakhi on the wrist of the brother. She will bless him with a tilak and will also feed him sweets and other dishes. This amulet that is called the rakhi is a protection guard for the brothers against all evil. In return, the brother will offer gifts to the sister along with a promise to protect her throughout life.

As mentioned earlier, it is not necessary that the brother and sister have to be bonded by blood relations only. It can be anyone whom you have taken as your brother or sister. The festival has very special importance in states of North India where different dishes are cooked at home and the brothers and sisters wear new clothes. Here, the married women come back to their maternal house for the festival or even brother escorts her from her in-law’s house.

There are different rituals attached to this special day but today a number of things have got changed. People stay busy and it is not always possible each year to visit each other on Raksha Bandhan. In such a situation, sisters today send across the Rakhi with gifts to their brothers through postal service or also by various online shopping sites.

Initially, the rakhi was made up of silk thread with a floral design but now there are different options available from which the sisters select the best one for the brothers. There are also metal rakhis available today that are made up of gold or silver. Similarly, the brothers also send across different gifts to the sisters such as clothing or even gift coupons.

Whatever way the festival is being celebrated, the love and affection between a brother and sister still remain the same. This is a special bond that is much different than any other relationship in life. A bond of trust, affection, friendship, and understanding is celebrated in the most beautiful way each year by all the brothers and sisters even when the distance prevails. Admired by this Hindu culture, there are also many people from other religions too who follow the festival of Raksha Bandhan today.