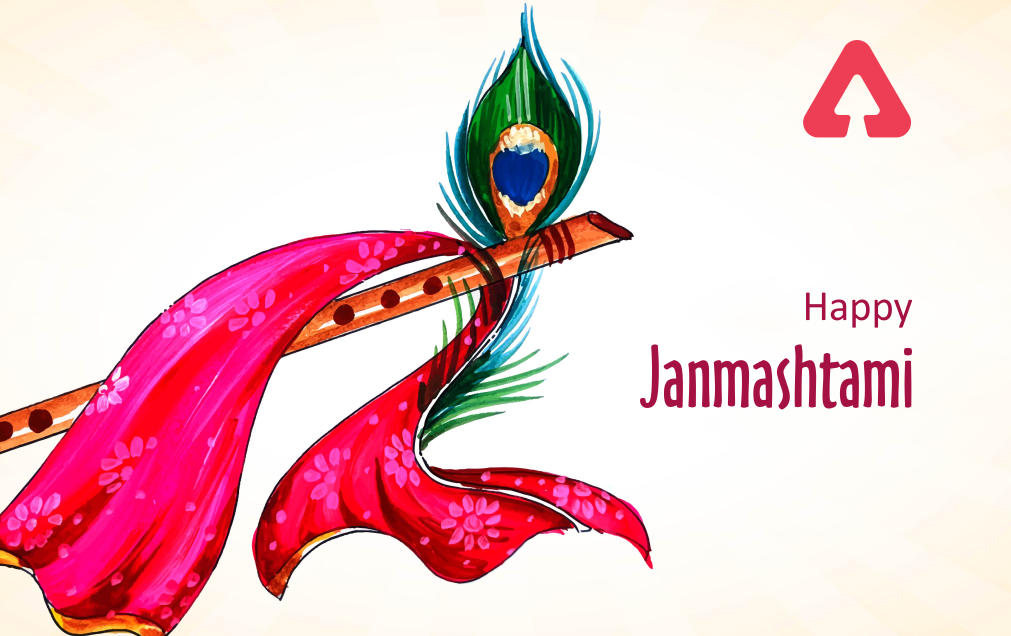 The month of August has been always among the favorite months of the year because of the celebrations that are held. Just a few days back, the nation celebrated Bakrid and then Raksha Bandhan. Now everyone is getting ready for the next big ceremony that is Janmashtami that will be soon followed by Independence Day.

Janmashtami is celebrated across the country as the birthday of Lord Krishna. Krishna, Kanha, Bal Gopal, and many other names are used by people across India to praise Lord Krishna who is the eighth incarnation of Lord Vishnu.  This year the auspicious day will be celebrated on 30th August 2021.

Why is Janmashtami Celebrated?

Janmashtami is also known as Gokulashtami as it is the birthday of Lord Krishna. He is the eighth incarnation of Lord Vishnu who came on Earth to end up evil and protect the good.

As the story goes, the demon king Kansa of Mathura was celebrating the wedding of his sister Devaki when a prophecy was made that the eighth son of Devaki will kill Kansa. Listening to this, he sent Devaki with her newly married husband Vasudev to prison so that he can kill the babies who would take birth. He even was succeeded in doing the same. But before he could kill the eighth son of Devaki, Vasudev transferred the baby to a nearby village of Gokul and replaced him with another baby girl in the prison. It is said that this baby girl was Devi Durga who appeared to warn Kansa and vanished when he came up to kill her.

The eighth son of Devki, Krishna was growing happily in Gokul with his new parents Yashoda and Nandlal. Soon, after he grew up, he came back to Mathura to kill Kansa and release his actual parents from the prison.

How is Janmashtami Celebrated?

Janmashtami is celebrated with great pomp and show in different parts of the country. It is believed that Lord Krishna took birth at midnight and so, there are many people who have a celebration at midnight.

In some parts of the country, people visit temples to pray Lord Krishna who is seen in the temples with his beloved Radha. On the other hand, some other devotees pray the baby form of Krishna and call him Baal Gopal.

Most of the people fast the whole day and then pray to Lord Krishna either in the evening or also by midnight. People who have a statue Krishna in any form, they decorate him with new clothes and accessories and cook sweets and other items for him. It is said that butter and other milk products are favorites of Krishna. So most of the people offer such items to him and then distribute it among the family and friends in the form of Prashad.

When you head towards West Bengal, here the culture is a bit different than the rest of the country. Here, people prepare salty food items such as khichdi and other similar items to offer to the god and then distribute it as Bhog.

Whatever is the custom, the most important thing is the feelings and the affection with which people celebrate this day every year throughout the country.

When we are talking about Janmashtami, we cannot miss out on the famous Dahi Haandi. Different places of the country organize the Dahi Haandi event where a group of people builds up a human tower by climbing one on each other’s shoulders and then break the earthen pot filled with cream and butter hung up high on a rope.

Even there are competitions in some places and the winner team who breaks the pot wins money as a reward.

Apart from this, people also decorate their small kids like baby Krishna with a yellow dress and peacock feathers. Also, now there are many societies that organize fancy dress competitions for kids where the winner gets a reward.

Mostly Janmashtami is a day of celebration and glory. Different people celebrate the day in different forms but mostly it brings happiness. In India, the day is a holiday. Hindus not just in India but across the world celebrate this day with great rejoice and grandeur.

Ans. No, the DSSSB exam is conducted on different days and in different shifts.