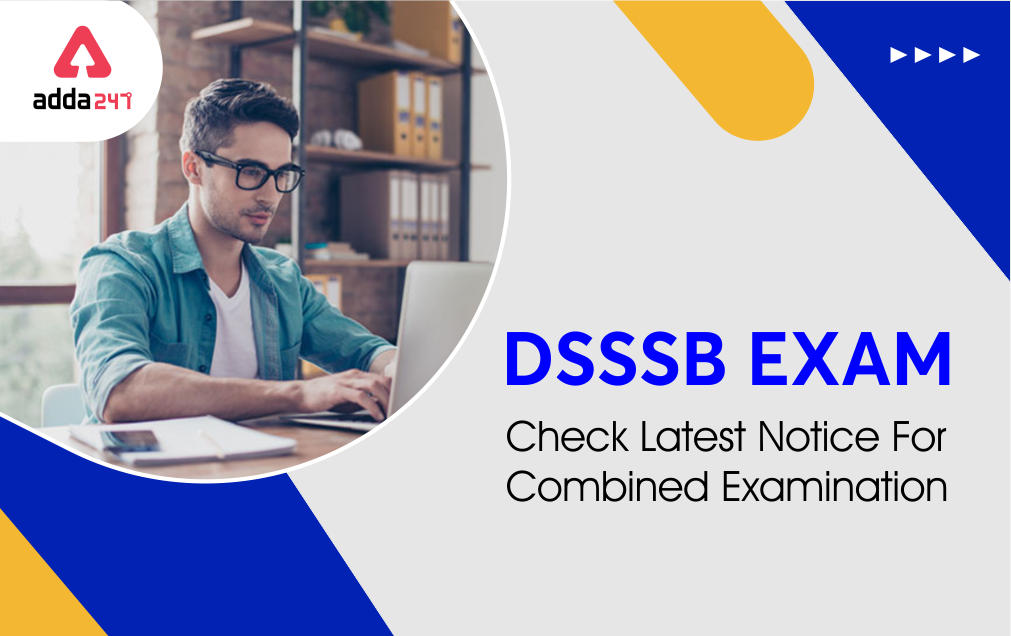 Delhi Subordinate Service Selection Board (DSSSB) has released a notice regarding the details of the combined examination on their official website dated 3rd December 2021.DSSSB each year conducts the recruitment exams for about 10,000-15000 vacancies of Group B and C posts of GNCTD departments, MCD, NDMC, and their autonomous bodies. DSSSB wants to clear the backlog of 2020 in 2021 and has strived to clear the huge backlog of recruitment examinations for tackling the staff shortage in the user departments and providing employment opportunities for applicant candidates. Tentatively, DSSSN New recruitment cycle will start in 2022.In 2021 starting from January DSSSB has conducted the Tier -I, Tier- II, and Skill examinations while simultaneously ensuring the COVID-19 related safety measures. The details of DSSSB examination has been given below.

No. of Vacancy for DSSSB Combined Exam :

Exam Schedules in October and November 2021

DSSSB has released the information about the upcoming vacancies and the number of exams to be scheduled in the month of October and November 2021. The detailed information contains the 204 postcodes which will be recruited through the Delhi Subordinate Service Selection Board.

DSSSB reviewed the examinations undertaken in the past several years. It was noted that there were several cadres/posts with the same or similar nomenclature and work profile for which examinations were held separately in the same year. DSSSB has decided to conduct the Combined examination for the following posts /Cadres.The Board will start issuing the advertisements for such combined examinations for the above posts/cadres of the user departments and conduct them from the year 2022 onwards.

DSSSB has released minimum qualifications, and work profiles of various posts/ cadres of GNCTD departments, MCD, NDMC and their autonomous bodies. While some of the additional cadres/ posts have been merged in the existing groups, for other such cadres/ posts, new groups have been proposed. Based on this, total 25 groups have been structured to cover the following 115 cadres/ posts; thereby reducing the number of annual examinations considerably.