Q1. RBI has recently stopped Paytm Payments Bank Ltd from onboarding new customers under which section of which RBI Act?
(a) Section 25 A
(b) Section 27 A
(c) Section 31 A
(d) Section 35 A

Q2. Who has been appointed as the new Chairperson of the High Powered Committee (HPC) on the Chardham project by the Supreme Court?
(a) Justice Indu Malhotra
(b) Justice AK Sikri
(c) Justice DY Chandrachud
(d) Justice Saurabh Rawat

Q5. The first-ever Drone school has been inaugurated in which of these cities recently by the Minister of Civil Aviation?
(a) Gurugram
(b) Gwalior
(c) Chandigarh
(d) Dehradun

Q8. Who has been appointed as the CEO and MD of Colgate-Palmolive (India) Limited?
(a) T Raja Kumar
(b) Aman Lekhi
(c) Prabha Narasimhan
(d) Madhabi Puri Buch

S1. Ans.(d)
Sol. The Reserve Bank of India has directed Paytm Payments Bank Ltd to stop the onboarding of new customers with immediate effect. RBI has taken this step under the power conferred to it under section 35 A of the Banking Regulation Act, 1949.

S2. Ans.(b)
Sol. The Supreme Court of India has appointed Justice (retd) AK Sikri as Chairperson of the High Powered Committee (HPC), of the Chardham project.

S3. Ans.(c)
Sol. Debasish Panda has been appointed as the chairman of the Insurance Regulatory and Development Authority of India (IRDAI).

S4. Ans.(d)
Sol. From India, six airports have found place among the ‘Best Airport by Size and Region’, by the Airports Council International (ACI), in its Airport Service Quality (ASQ) survey for the year 2021.

S8. Ans.(c)
Sol. Prabha Narasimhan has been appointed as the CEO and MD of Colgate-Palmolive (India) Limited. She succeeded Ram Raghavan, who has been promoted to the role of President, Enterprise Oral Care, at Colgate Palmolive Company. 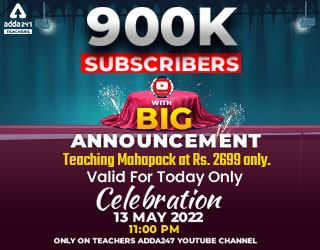