Dear Readers, Everything that studies our society and the way we interact with each other in it, is a social science.This section NOT ONLY comes CTET Exam 2018 but also come in other TET Exam also i.e UPTET Exam 2018, UPTET Exam 2018 & DSSSB Exam 2018 etc. So, we will provide you the questions which will help you in preparing for Exam.

Q1. Bodies that do not have their own heat and light, but are lit by the light of the stars are known as
(a) planets
(b) celestial bodies
(c) stars
(d) constellations

Q2. Out of the following, which is the most ideal layer of the atmosphere for flying aeroplanes?
(a) Stratosphere
(b) Exosphere
(c) Troposphere
(d) Ionosphere

Q3. When rock fragments get compressed and hardened to form layers of rocks they are known as
(a) sedimentary rocks
(b) primary rocks
(c) igneous rocks
(d) metamorphic rocks

Q4. When a number of industries locate close to each other and share the benefits of their closeness, it is referred to as
(a) market economy
(b) assembly line production
(c) industrial system
(d) industrial region

Q5. Which of the following forests do not have a distinct period of shedding leaves and therefore do not ever look bare?
(a) Temperate evergreen
(b) Temperate deciduous
(c) Tropical deciduous
(d) Tropical evergreen

Q6. The highest law making body in India is the
(a) President
(b) Judiciary
(c) Parliament
(d) Prime Minister and his Council

Q7. When State does not interfere in religious affairs it is called
(a) sovereignty
(b) polity
(c) arbitrary
(d) secularism

Q8. Resources which are found in a region, but have not been utilised are known as
(a) waste resources
(b) valuable resources
(c) potential resources
(d) actual resources

Sol. Bodies that do not own their own heat and light, but are lit by the light of the stars are known as Planets.

Sol. The stratosphere is the second major layer of Earth’s atmosphere, just above the troposphere and below the mesosphere. It is stratified in temperature, with warmer layers higher up and cooler layers farther down. This is in contrast to the troposphere near the Earth’s surface, which is cooler higher up and warmer farther down. Commercial airliners typically cruise at altitudes of 9-12 km (30000-39000 ft) in temperate latitudes in the lower reaches of the stratosphere).

Sol. Sedimentary rocks are types of rock that are formed by the deposition of material at the Earth’s surface and within bodies of water.

Sol. Industrial region or industrial area refers to a region with extremely dense industry. It is usually heavily urbanised.

Sol. Tropical evergreen forests are usually found in areas receiving more than 200 cm of rainfall and having a temperature of 15°C to 30°C. They occupy about % of the Earth’s land surface and harbour more than half of the world’s plants and animals. Found mostly near the equator, these tropical forests are dense, multi-layered and harbour many types of plants and animals. The trees are evergreen as there is no period of drought or frost. They are mostly tall hardwood trees with broad leaves that release excess water through transpiration.

Sol. Parliament is the highest law making body in India.

Sol. Potential resources are those whose entire quantity may not be known and these are not being used at present. These resources could be used in future.

Sol. Mughal architecture, an amalgam of Islamic, Persian and Indian architecture, is the distinctive style developed by the Mughals in the 16th, 1th and 18th centuries in what is now India, Pakistan, Bangladesh and Afghanistan. It is symmetrical and decorative in style.

Sol. Indian Standard Time is calculated on the basis of 82.5° or 82°30° E longitude, from a clock tower in Mirzapur (25.15°N 82.58°E) (near Allahabad in the state of Uttar Pradesh) which is nearly on the corresponding longitude reference line. 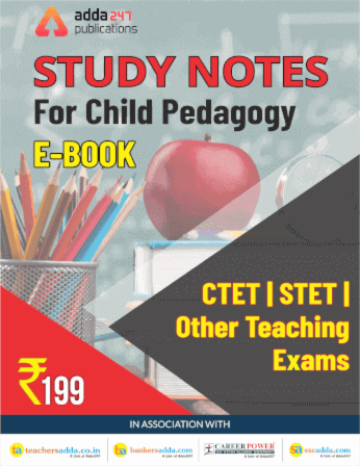