“Teaching Aptitude/ Child Pedagogy” is one of the common in any teaching examination. This section plays a very important part in any teaching examination. This part contains approx. 30-40 questions depend upon the examination pattern that we can easily score only if we practice it on regular basis. These questions are not only for CTET Exam but also for KVS, NVS, DSSSB, UPTET & STET also.So, we will provide you the questions which will help you in preparing for Exam.
Q1. The concept of ………….. indicates the level of intelligence achieved, but without reference to chronological age, it gives no indication of the brightness or dullness of the individual.
(a) Intelligence Quotient
(b) Mental age
(c) Age scale
(d) None of the above

Q2. The bright normal person has an IQ of-
(a) 120-129
(b) 110-119
(c) 130-140
(d) None of these
Q3. The skill of a person who inherits musical voice depends on-
(a) Heredity
(b) Environment
(c) Both (a) and (b)
(d) Neither (a) nor (b)
Q4. One way to select traits is to take a broad array of descriptions and simplify it by seeing which traits go together in clusters. This procedure is called-
(a) Factor analysis
(b) Dynamic approach
(c) Behavioral approach
(d) None of the above
Q5. According to whom, babies have a highly action-oriented intelligence ?
(a) J. B. Watson
(b) Jerome S. Bruner
(c) Alfred Binet
(d) None of these
Q6. ………………… refers to what you know, about what you know and how accurately you can assess your own cognitive processes.
(a) Metacognition
(b) Cognition
(c) Epistemology
(d) Meta components
Q7. Spearman’s theory of intelligence explained intelligence in terms of general intelligence and ………… abilities.
(a) Reasoning
(b) Particular
(c) Specific
(d) Regular
Q8. Sternberg’s componential sub-theory is called-
(a) The contextual sub-theory
(b) The two-facet sub-theory
(c) The triarchic theory
(d) All the above
Q9. Assertion (A): Sternberg’s theory of intelligence is called triarchic theory of intelligence.
Reason (R) : His componential sub-theory is supplemented by a contextual sub-theory and a two-facet sub-theory.
Codes :
(a) Both A and R are true and R is the correct explanation of A
(b) Both A and R are true and R is not correct explanation of A
(c) A is true but R is false
(d) A is false but R is true
Q10. ‘Intelligence is said to be constituted of a multitude of separate factors, or elements, each one being, minute element of ability.” Who is the speaker?
(a) Thurstone
(b) Vernon
(c) Thorndike
(d) Guilford
Solutions
S1. Ans.(b)
Sol.
S2. Ans.(b)
Sol.
S3. Ans.(c)
Sol.
S4. Ans.(a)
Sol.
S5. Ans.(b)
Sol.
S6. Ans.(a)
Sol.
S7. Ans.(c)
Sol.
S8. Ans.(c)
Sol.
S9. Ans.(a)
Sol.
S10. Ans.(d)
Sol.
You may also like to read 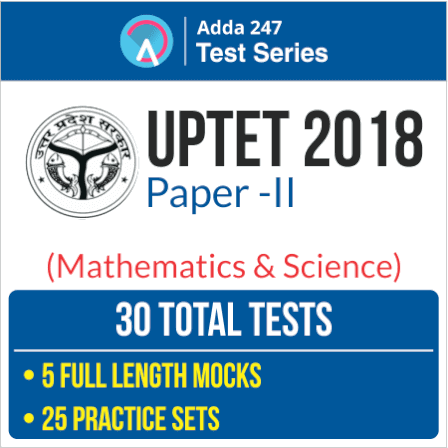