“Teaching Aptitude/ Child Pedagogy” is one of the common in any teaching examination. This section plays a very important part in any teaching examination. This part contains approx. 30-40 questions depend upon the examination pattern that we can easily score only if we practice it on regular basis. These questions are not only for CTET Exam but also for KVS, NVS, DSSSB, UPTET & STET also.So, we will provide you the questions which will help you in preparing for Exam.
Q1. The cognitive field theory was developed by—
(a) M. H. Harlow
(b) A. J. Premack
(c) C. L. Hull
(d) E. C. Tolman
Q2. Whose name is strongly associated with the apparatus of puzzle box?
(a) Skinner
(b) Pavlov
(c) Thorndike
(d) Tolman
Q3. You have learned to type and with experience you have reached you peak speed. No matter how much typing you do, your speed will not increase. In learning curve terms, you have reached—
(a) Plateau
(b) Reminiscence
(c) Latency
(d) Asymptote
Q4. Responding to a conditioned stimulus in order to avoid electric shock is an example of—
(a) Punishment
(b) Shaping
(c) Avoidance conditioning
(d) Escape conditioning
Q5. Under which of the following reinforcement schedules is it most important for an organism to learn to estimate time accurately?
(a) Fixed interval
(b) Fixed ratio
(c) Variable interval
(d) Variable ratio
Q6. Which one of the following statement appears to be true of punishment?
(a) It is effective in behaviour control without undesirable side effects
(b) It has a long-range inhibitory effect upon behaviour
(c) Its inhibitory effect is only short-range, and the general behaviour tendency remains essentially unchanged.
(d) It is effective as a means of extinction
Q7. The pursuit rotor is used in many studies involving—
(a) Intelligence
(b) Memory
(c) Motor learning
(d) Mechanical aptitude
Q8. The S-shaped curve indicates—
(a) Prior familiarity with the task
(b) Greatest amount of improvement during the last few trials
(c) The representation of the entire learning process
(d) Greatest amount of improvement in the first few trials
Q9. Partial reinforcement—
(a) Enhances classical conditioning, speed and efficiency
(b) Interferes with classical conditioning
(c) Interferes with the maintenance of an operantly conditioned response
(d) Is never used in operant conditioning
Q10. The Law of Effect suggests that—
(a) Practice alone produces learning
(b) In addition to practice there must be reinforcement
(c) In addition to reinforcement there must be reward
(d) Neither practice nor reward is important for learning
Solutions
S1. Ans.(d)
Sol.
S2. Ans.(c)
Sol.
S3. Ans.(d)
Sol. Reminiscence- is defined as a gain in performance without practice.
Asymptote- there is a maximal level of performance associated with any behavior. This maximum is called the asymptote. Once this asymptote is reached, no further improvement in performance is possible.
Plateaus (periods of little or no noticeable progress in learning) are temporary standstills in the learning process.
S4. Ans.(c)
Sol. Escape conditioning occurs when an aversive stimulus is presented and an animal responds by leaving the stimulus situation.
Avoidance conditioning is similar to escape conditioning. The difference is that a CS is given before the presentation of an aversive stimulus.
S5. Ans.(a)
Sol.
S6. Ans.(c)
Sol.
S7. Ans.(c)
Sol. Pursuit rotor task: A device used to study visual-motor tracking skills and hand–eye coordination by requiring the participant to follow a moving object with a cursor or use a stylus to follow the target on a computer screen or a turntable.
S8. Ans.(c)
Sol.
S9. Ans.(b)
Sol.
S10. Ans.(b)
Sol.
You may also like to read 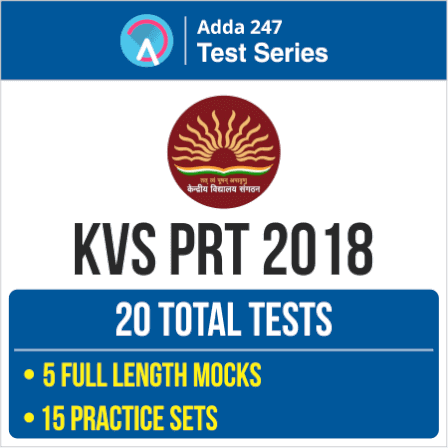