“Teaching Aptitude/ Child Pedagogy” is one of the common in any teaching examination. This section plays a very important part in any teaching examination. This part contains approx. 30-40 questions depend upon the examination pattern that we can easily score only if we practice it on regular basis. These questions are not only for KVS/HTET but also for NVS, DSSSB, UPTET & STET also.So, we will provide you the questions which will help you in preparing for Exam.
Q1. The method of summated ratings refers to which of the following scales?
(a) Thurstone
(b) Likert
(c) Semantic Differential
(d) Guttman
Q2. You like your mother. Your mother does not like heavy metal. You like heavy metal. The triad is—
(a) Balanced
(b) Imbalanced
(c) Balanced for your mother but imbalanced for you
(d) Carrying a valence of – 2
Q3. Interactions are comparisons of rewards and costs. When costs outrun rewards, a given dyadic relationship will likely end. This is ……………… indicative of the Model.
(a) Balance
(b) Social Comparison
(c) Behaviour Exchange
(d) Complementarity
Q4. ……………… deals with research relating to territoriality, that is, personal space.
(a) Kinesics
(b) Proxemics
(c) Kinematics
(d) Praxis
Q5. We like those people who agree with us. ……………… found this dramatically to be true within his research.
(a) S. Milgram
(b) E. Aronson
(c) M. Sherif
(d) S. Schachter
Q6. Under stressful conditions, there is a strong desire to affiliate with—
(a) Authority figures
(b) Anyone
(c) Experts
(d) Others in the same stressful circumstances
Q7. Research into ‘television violence effects upon children’ makes frequent reference to the classic work of—
(a) S. Milgram
(b) R. B. Cialdini
(c) M. Sherif
(d) A. Bandura
Q8. Which of the following is an incorrect pairing?
(a) Freedman–foot-in-the-door
(b) Cialdini–door-in-the-face
(c) Sherif–super ordinate goal
(d) Deutsch–ingratiation
Q9. “Brotherly love is among the most powerful because it is love between equals.” Who is the speaker?
(a) Watson
(b) Horney
(c) Fromm
(d) Adler
Q10. Correctly paired is—
(a) Freud–psychodynamic
(b) Sullivan–interpersonal
(c) Kelly–traits
(d) Mowrer–reciprocal inhibition
Solutions
S1. Ans.(b)
Sol.
S2. Ans.(b)
Sol. According to balance theory, a triad is balanced when it includes either no or an even number of negative relations. In contrast, a triad is imbalanced when it includes an odd number of negative relations.
S3. Ans.(c)
Sol. Behavior Exchange theory proposes that social behavior is the result of an exchange process. The purpose of this exchange is to maximize benefits and minimize costs.
Social comparison theory was first proposed in 1954 by psychologist Leon Festinger and suggested that people have an innate drive to evaluate themselves, often in comparison to others.
S4. Ans.(b)
Sol.
S5. Ans.(d)
Sol.
S6. Ans.(d)
Sol.
S7. Ans.(d)
Sol.
S8. Ans.(d)
Sol. Foot-in-the-door technique is a compliance tactic that aims at getting a person to agree to a large request by having them agree to a modest request first.
The door-in-the-face (DITF) technique is a compliance method commonly in that The persuader attempts to convince the respondent to comply by making a large request that the respondent will most likely turn down, much like a metaphorical slamming of a door in the persuader’s face.
Superordinate goals refer to goals that require the cooperation of two or more people or groups to achieve, which usually results in rewards to the groups.
S9. Ans.(c)
Sol.
S10. Ans.(a)
Sol.
You may also like to read 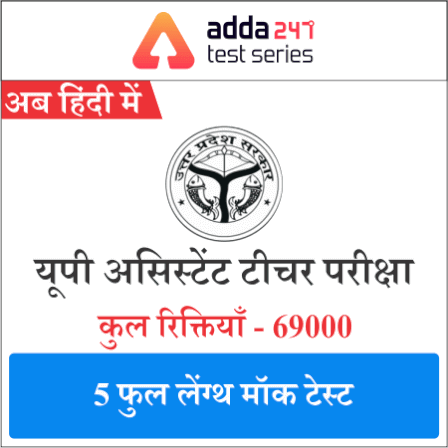