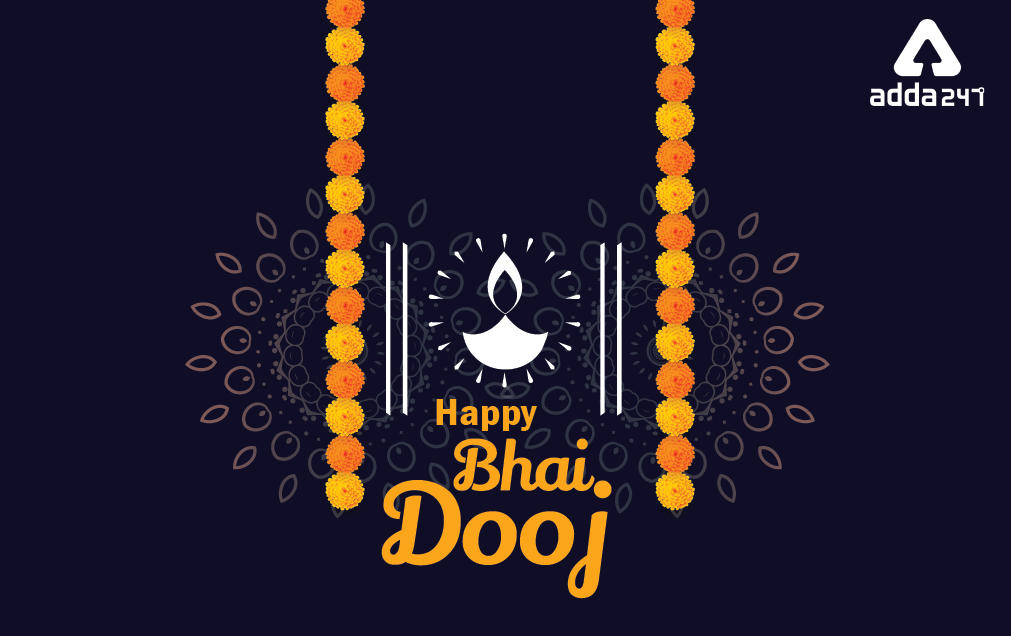 Adda247 Family wishes you all a very happy Bhai Dooj, Celebrate Today the Bond Of Brother-Sister Love!!
According to the Hindu Mythology, it is considered that the God of death, Yamraj, had visited his lovable sister named Yami (Yamuna) at this special day. His sister welcomed him by aarti and tilak ceremony. She offered him a garland and special dishes including sweets to eat. He had returned her sister a unique gift as a symbol of his love and care towards her sister. At that day Yamraj had declared that the brother who would receive tilak and aarti by their sister, he would never be frightened. That’s why the same day is called as the Yama Dwitiya.
The essence of the Bhai dooj festival is that it is celebrated to strengthen the love between brothers and sisters. It is a day of food-sharing, gift-giving and reaching out to the innermost depths of the heart. Brothers and sisters indulge themselves on this day by giving each other gifts.
So, celebrate this festive season wholeheartedly along with working on your goal.

If you’re thinking that you’ll start practising well for DSSSB Exam or CTET Exam from tomorrow onwards, you’ll not be just wasting one day but you’ll be moving far away from your dream of getting a government job in a leading teaching. Remember lakhs of other students are your competition and they are practising day in day out to defeat you. By wasting a day or two you will be strengthening their chances against you. So, This Bhai Dooj, don’t let your preparation level go down.  Keep studying.