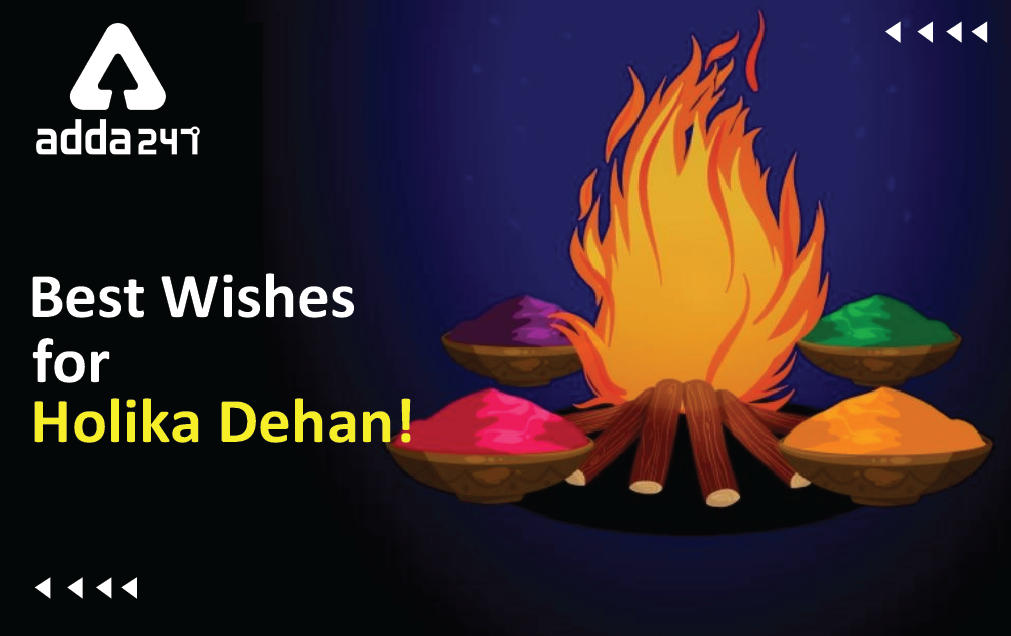 Holika Dehan is a celebration of the triumph of good over evil. It signifies and emphasizes the importance of devotion and righteousness in our lives even when we are surrounded by evil, wickedness, and sins. Holika Dehan is celebrated a day before the festival of Holi, which is known as the Festival of Colors. On the day of Holika Dehan, we wish you find the path of virtue, enlightenment and goodness whenever you are in need or willfully seek it.

Chhoti Holi or Holika Dahan is an Indian ritual that symbolizes the victory of good over evil. This is celebrated on Purnima (Full moon night) of Phalgun (Falgun) month every year.Holika Dehan is a Hindu festival, predominantly celebrated in India and Nepal. However, the Festival of Holi is celebrated by people from various parts of the world as a gleeful, playful festival. The concept of playing with colours and smearing the faces of each with vibrant colours has caught with people from various ethnicity in recent years.

The ritual of Holika Dehan is traced back to the Puranas (religious/ spiritual textbooks revered by Hindus). According to the legend, King Hiranyakashipu received the blessing of immortality by Lord Brahma. His arrogance lead him to believe that he was God, eventually he banned the worshipping of Gods and order his subjects to worship him. However, his own son was a devotee of Lord Vishnu which didn’t go well with King Hiranyakashipu and he planned to kill his son with the help of his sister, Holika. Holika was blessed with the power of fire resistance (in other words, she cant be burned). She lured King Hiranyakashipu’s son Prahlad on a pile of woods and set it on fire. Prahlad kept chanting the name of Lord Vishu with ardent purity and medidated while he was on fire. Miraculously, he came out of the fire unharmed whereas Holika was burnt to ashes. It is said her powers diminished the moment she tried to use those powers to execute her evil plans. On the other hand, Prahlad’s true devotion and pure soul compelled Lord Vishnu to help him out in his dire situation.  Later Lord Vishnu killed Hiranyakashipu by incarnating himself in the form of Narasimha to free the people from the tyrannical rule of Hiranyakashipu.

Thus, Holika Dehan has become the symbol of good prevailing over evil. It is celebrated after dusk by arranging a bonfire. People gather around the bonfire, chant mantras, perform some rituals and throw black sesame seeds. With this ritual, people pray to ward off all the evils around them and bring in purity and virtuousness in their life.

Adda247 wishes that you are able to ward off the evil or darkness within and around you. May God help you embrace goodness, and righteousness in your life to attain enlightenment and success in your life.